I’m actually typing this review using Belkin’s Bluetooth Keyboard Folio for iPad 2 ($100). There are a few keyboard cases out there created to both house the iPad 2 as well as provide an alternative to the iPad’s digital keyboard, but this keyboard case’s keyboard is an iPad-toting writer’s dream.

The keyboard part of this alliance is superb. Touch-typing was a breeze, thanks to a chiclet keyboard with appropriately sized (and spaced) keys. No, the keyboard isn’t as roomy as a laptop keyboard — but it’s fantastic for its size. The keyboard also has a number of keys that make it convenient for iPad use such as the “select right,” “select left” and “select all” keys, which allow you to easily select text without removing your fingers from the keyboard. Alongside the select buttons are “cut,” “copy” and “paste” buttons as well as a button that reveals and hides the iPad’s digital keyboard.

Using the case as a stand also worked well. Propping up the iPad so I could watch Netflix while multi-tasking was easily achieved, thanks to 24 grooves along the base of the  stand — giving me no less than 24 different angles to set the iPad’s screen at. The velvety texture of the base helped out by keeping the whole thing from slipping around.

Fashion-wise, this case amounts to a little black dress for the iPad. It’s classy, but if you’re looking for something that will make your iPad stand out among all its iPad friends, this probably isn’t the way to go.

While the keyboard paired easy enough initially, I found that it was sometimes finicky about acquiring a subsequent lock, causing me to have to go into the settings and manually hit the selection for the keyboard in my iPad’s bluetooth settings. This wasn’t always the case, but it was frequent enough that I found it bothersome. Though the keyboard contains a “pair” button, I found that the key was ultimately useless as I could never get the keyboard to pair with it.

Pulling the keyboard from its hiding place is a bit of a task too, and it took a little coaxing to get the keyboard to come out and play as it attaches to the back of the iPad sleeve with some pretty strong rip-and-stick fastener.

Likewise, removing the iPad from the case can be somewhat of a pain. The fit is tight and the iPad is held snug inside the case with a flap that folds into the back of the case. Oh, and the case doesn’t make it easy to attach the iPad’s charger. Due to the lip of the portion of the case that holds the iPad, the charging slot becomes hidden and connecting the charger is a bit of an exercise as you have to feel, as opposed to see, where you’re putting the charger.

If this keyboard were just a bit less finicky with pairing and it was easier to remove the iPad, this would truly be a near perfect keyboard case. 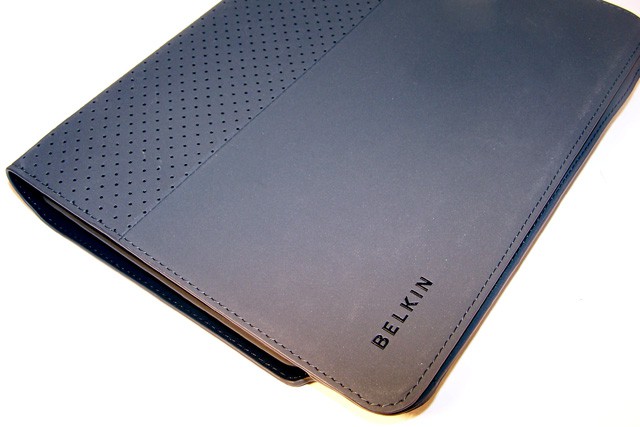 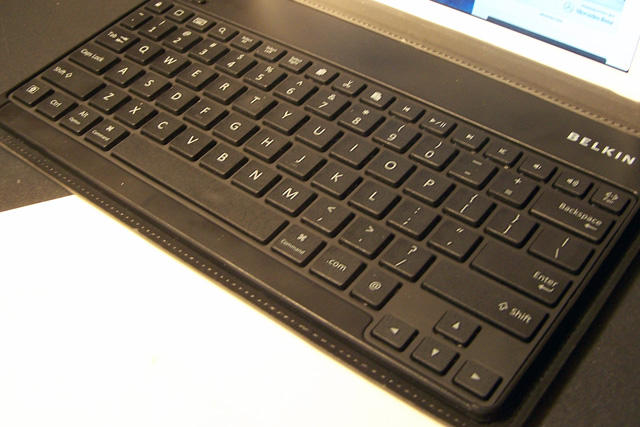 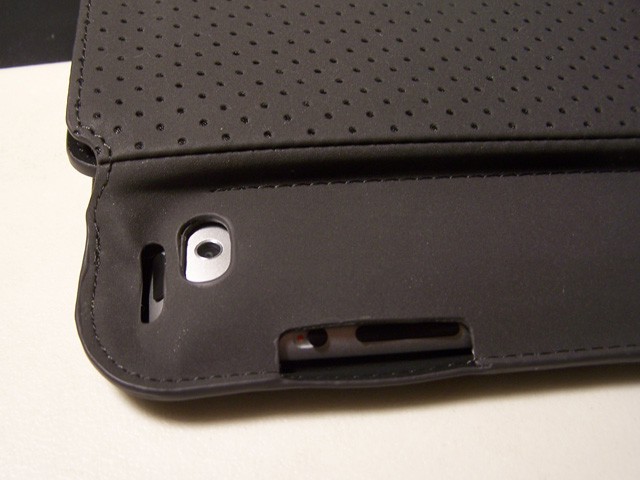 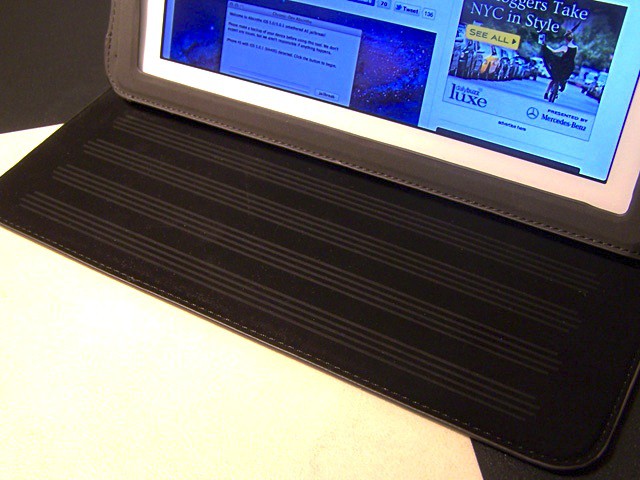