Out of the box, the iHealth HS3 Wireless Bluetooth Scale ($70) is somewhat impressive. With its digital (albeit not backlit) display and snazzy looking-glass top, this is a scale that will at least look spiffy in your bathroom when company is over. Even in the box, the scale makes a good case for gadget adoption: It promises to keep track of your weight, calories and exercise easily using only the scale itself and an accompanying app that can be used on your iPhone or iPad. Technically, the iHealth Scale does do that, but there are a few kinks that make this product’s promises fall flat.

As mentioned earlier, the scale is aesthetically pleasing. Looking at its glass top and metallic finish, its weight is a bit of a surprise as when you lift it, you’d expect it to feel a lot heavier. Thank the black plastic bottom for that one. Within that black plastic base is where the four AAA batteries are housed that power the scale.

The scale is activated like most digital scales on the market. Simply step on the scale to activate the digital display and your weight is displayed in less than three seconds. The weight seems fairly accurate, changing bit by bit as items were added to my person to test the sensitivity of the scale. As a simple digital scale, the iHealth does a fairly decent job of delivering the numbers.

The problem is, the iHealth Scale is an iOS fitness device and that is where it falls flat. The iHealth scale connects to a free app that tracks your daily weight as well as calories and exercise. And here’s where it starts to get a little too funky.

In order for the device to connect with the app, the device uses a Bluetooth connection. Simple, right? I mean, all I have to do to have one of my headsets or wireless keyboards connect to my iPad via Bluetooth is turn them on. Bluetooth connection is secured after the initial pairing. With the iHealth scale, you must manually connect the Bluetooth connection every time you use the scale. Instead of the scale coming on and being recognized by your Apple device, you must go into the device’s settings and activate the pairing. Every time. Meanwhile, if the scale powers off before you make the connection, you have to go through the process all over again. It’s clunky and a bit old-school for the slightly pricey iHealth scale.

The app itself is, unfortunately, not much more intuitive. In order to enter your caloric intake, you have to work with the weight of the food you’ve consumed. For instance, if I want to tell the app that I’ve eaten 12 wheat crackers, instead of entering units, I have to enter the amount of food in ounces. Not only that, but the food choices within the app’s search function are severely limited. As someone who has used the free and fabulous MyFitnessPal app for nearly a year, which allows you to search by brand name, type of food and even restaurant name, I was surprised by how archaic the iHealth’s app seemed in comparison. Aside from the ability, albeit it manually, to attach itself to the scale, there are much better caloric and exercise counters available for free or very little via iTunes.

Overall, the scale just doesn’t really cut it as an iOS fitness device. Sure, it measures weight just fine and will, to some degree, keep track of your weight via the app; but the additional measures you have to go through in order to use the app with the scale are no different from using any other (less expensive) digital scale on the market and tracking the weight yourself.

An example of how advanced technology can actually make something less useful. 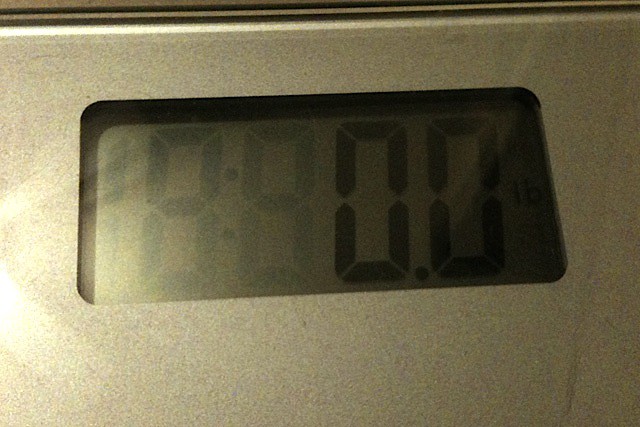 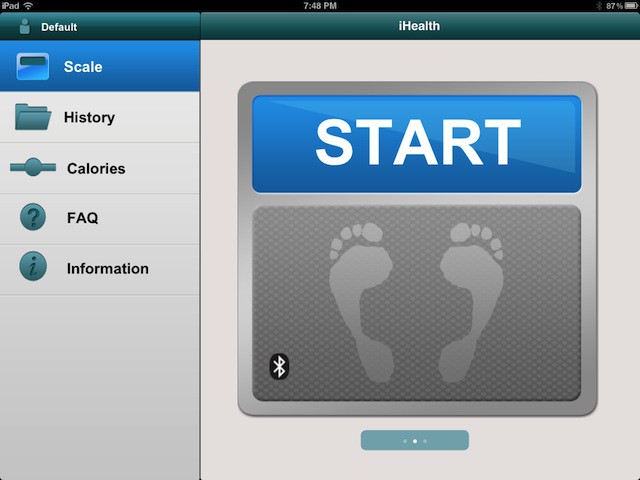