A bizarre official app from Apple called GameStore popped up in the App Store on New Year’s Eve, apparently by accident. The 99 cent app, which functionally does nothing, appears to be some sort of test app or prototype for a Newsstand-like games service that has yet to get off the ground. 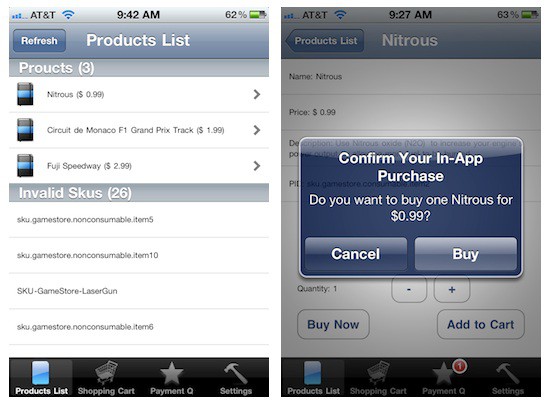 Right now, GameStore doesn’t really do anything. The app listing simply states that “This application allows you to buy different things from within the app.” Vague, no?

Things don’t become more edifying. The app, which is barely styled, allows you to make in-app purchases of various non-functional games, for prices anywhere between $0.99 and $1.99.

So what the heck is this thing? Although GameStore went live on New Year’s Eve, iTunes reports its original posting date is June 9, 2009, which as MacRumors points out is ahead of the Worldwide Developers Conference that debuted iPhone OS 3.0 and — surprise! — in-app purchasing.

Our best guess? This is an in-house demonstration app meant to show how in-app purchases work back in 2009 that somehow went live as part of a strange Y2K12 App Store server fart. Apple will doubtlessly pull this sometime soon, and since the app doesn’t actually do anything, it’s for completists only: you may well want to hold off.