Many headsets promise a headset utopia, making smartphone users’ heads fill with visions of commanding their world with a simple voice command.

The Plantronics Marque M155 ($60) and the Motorola HX550 ($60) both make similar promises, with the HX550’s packaging going as far as to promise a “complete hands-free solution.” Both headsets offer liberation from holding the phone, but how do these midrange ‘sets match up to the marketing promises — or the abilities of their more expensive siblings?

If this were merely a beauty contest, the Marque would come out just ahead of the HX550. The shape of the HX550 is a little short and stubby. The pull-out boom adds a bit more interest to the overall look of the gadget, but the Marque is definitely the prettier friend who gets first pick at the dance. Along with being sleek and pretty, the Plantronics also bears some resemblance to the iPhone, with an aluminum bevel and the answer button mimicking the home button.

Here’s the part where you expect me to follow the trope and say that, despite the fact that she isn’t as pretty as the Marque, the HX550 is the one you’re more comfortable hanging around.

Wrong. The Marque fit is pretty standard. Ear hook fits over the ear, tip fits comfortably within the ear. While it doesn’t envelop your ear in a cloud of fluffy comfort, its fit makes it a good choice for long conversations and everyday wear. The HX550, while not uncomfortable, has a larger speaker and thus takes up just a bit more space within the ear than the Marque. And while the Marque sat fairly comfortably within my ear, the Motorola seemed to balance a bit more haphazardly on the edge. Neither headset is uncomfortable, but once again, the Marque has the edge here.

Range on both sets is decent, and there seemed to be little difference from one headset to another as far as quality when moving away from the phone. Good to fair quality sound was achievable in ranges up to around 30 feet with the sound becoming clipped beyond that range.

The two headsets differ hugely when it comes to battery power. While both behave similarly in standby mode, talk-time on the Motorola’s battery is much longer. Over four hours of talk time left the Marque with about a quarter of the power left, while the Motorola powered on with nearly twice as much after the same amount of air time.

Maybe the HX550 doesn’t make you feel quite as comfortable — but she’s a better conversationalist. While neither of these headsets suffer as far as sound quality, the HX550 sound is just a little more rich and full, sounding almost as if you’re holding the phone to your ear. Meanwhile, the Marque, while sounding good, had a bit more of a tinny quality.

On the other end, callers seem to experience just a little bit of difference. While the HX550 gives callers a lush sound quality, there seemed to be a bit more clarity with the Marque. Neither headset caused problems with clarity, but there was just a bit more crispness with the Marque.

While the Marque doesn’t boast about noise cancelling, the HX550 does. I used it in a noisy restaurant near a sizzling grill, with the speakers blaring Michael Jackson and Paul McCartney’s The Girl is Mine, and the caller on the other end could barely hear any of the noise. Meanwhile, used in similar conditions, the Marque cut out practically none of the extraneous noise and caused my voice to become somewhat clipped when fighting for attention over the sounds of a noisy restaurant (though my call partner could hear me just fine).

Some of the features promised on both headsets’ packaging fall a little short. The Plantronics Vocalyst service requires users to call a special number to use any of its special functions such as emailing or using Facebook. This service costs $24.99/year (the first year is free with the purchase of the headset) for basic services and $59.99/year for full-featured service. Plantronics’ free app, MyHeadset, has a few features (two simple games and some very basic electronic tunes) that will likely appeal to very few, a product manual, a link to product support and a gateway to the Vocalyst service. Not very exciting.

The HX550 fares worse. Anyone who’s ever bought a Motorola headset for their iPhone with the promise of Motospeak, which allows users to dictate their texts, soon learns that this feature is unavailable for iPhone. Sadly, Motorola makes little effort to inform iPhone users via the packaging that this feature will not work with their phone. In fact, the “Universal Harmony” statement, which lists the iPhone as one of the compatible phones, may lead some consumers to believe that all features of the headset will be available to them.

Some basic voice features do work well with the headsets, though. Both the HX550 and the Marque allow you to answer or ignore calls by stating “answer” or “ignore” into the headset when a call comes through. This feature, which is exceptionally handy when you can’t swipe to answer, worked well on both headsets.

With superior sound on the user’s end, this headset is a great choice for the price. However, its ho-hum aesthetics and the inability to use Motospeak with the iPhone may be a turn-off for iPhone users.

While the sound and battery isn’t quite as robust as the Hx550, the Marque edges out the Motorola on comfort and style. 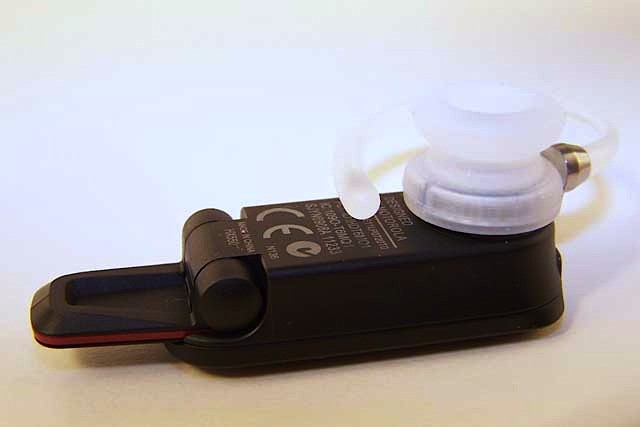 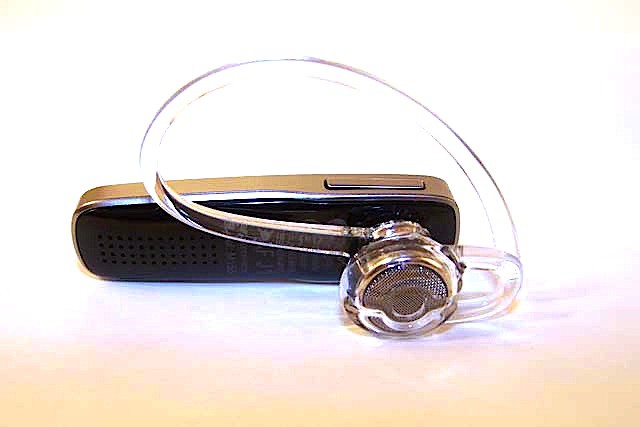 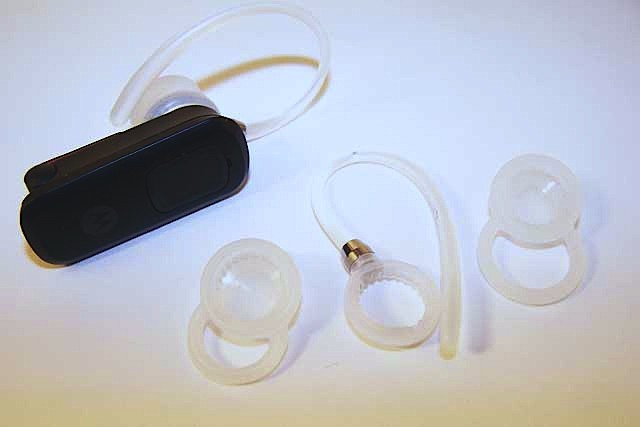 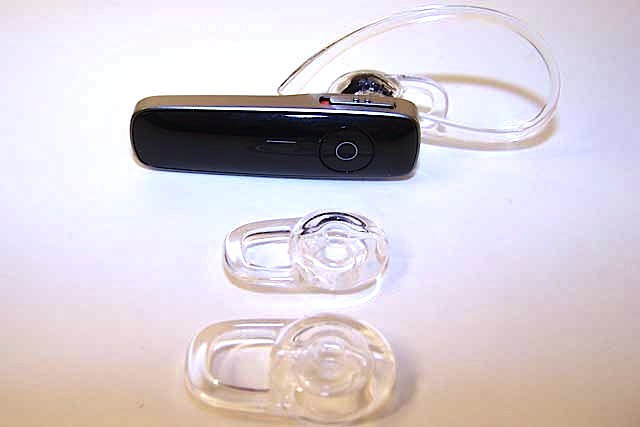