If you caught our canalphone roundup a few weeks back, you’ve by now come to the accurate realization that there’s no shortage of real alternatives to those awful white buds bundled with each iPhone. But these two are a little different.

Like the five we reviewed that week, these two pairs of IEMs — the MEElectronics CC51 ($90) and the Thinksound ts02+mic ($110)— are higher-end, designed with superior sound quality in mind and cost around $100. But unlike the others, these two are from small, boutique manufacturers; they also both have housings made from exotic materials (the CC51’s is ceramic, while the ts02’s is wood), and eschew the inline volume controls of the pairs of reviewed in the $100 IEM week, instead making do with a single control button on their inline microphones.

Both outfits are newcomers. Thinksound makes its home in the wilds of New Hampshire, while MEElectronics sprang up a few years ago in the SoCal urban jungle. And both have a low-bs approach to earphones; they make them, you listen to them, and that’s it. No fancy hip-hop names, no slick packaging, nothing but a focus on producing the best-sounding audio gear. But then they go there separate ways, with Thinksound employing a wood-only approach and focusing on being the greenest earphone company on the planet, and MEElectronics experimenting with all kinds of interesting earphone twists. The two sets we’ve assembled here today represent the most popular high-end earphones from these audio upstarts.

As mentioned earlier, neither of these guys waste much time on the box; but Thinksound’s packaging still needs to be noted. The entire thing is not only recyclable, but is made from sustainable materials — even the insert that holds the earphones in place inside the box is carved out of a block of cardboard. Kudos, Thinksound, and thanks. Frankly, other outfits should be ashamed they don’t follow your example.

With its black-accented wooden housing, the ts02 is handsome — but the CC51P’s hematite-colored, graceful shape is stunning. They’re possibly the most gorgeous earphones I’ve ever stuck in my ears. They’re also very stealth, and barely stick out at all — making them an absolute fashion win-win (if you don’t like the dark color, they’re also available in white; and the ts02 is also available with silver accents). Similarly, the housing that contains the CC51P’s control button and microphone is pretty sharp looking; the ts02’s, a little drab and plasticky.

There are only two areas where these two seem less capable than the big boys, where their lack of resources shows through: the eartips, and the controls. I fought to get a consistently good fit with both; the CC51P wasn’t too bad, and I had decent luck with the single set of flanged tips included in the box. The ts02, however, was constantly fighting me. The fact that only four pairs of tips — all the same round shape, just different sizes — probably didn’t help matters. All the eartips, from both sets, were of a material that fell somewhat behind the standard of the tips include with ‘phones from bigger boys; they simply weren’t as easy to achieve a good seal with. To the ts02’s credit, the set is also compatible with the excellent Comply Foam tips (though they didn’t come with them).

While you won’t get volume controls with these two, everything else — pause, play, track skip, call controls and voice command activations — are all there. Here, the ts02 was clearly superior. I had a devil of a time trying to fumble around the CC51’s flush button.

Now for the real test: How did these two exotically housed earphones sound? In the case of the ts02, the answer is: pretty good. They’re certainly bassy enough, and they music reproduced through their 8mm drivers has a warm, mellow sound. But I found the high-end lacking, and music that should have sounded bright — jazz, or albums like Sting’s The The Soul Cages — sounded muffled and somewhat dulled. Not what I was expecting

The CC51P, on the other hand, were pretty impressive. I had originally wondered if their ceramic housings a gimmick. Apparently not — the set was able to produce clear, resonating highs, and deep bass; in fact, I’ve never heard such range from a pair of microdrivers. These aren’t neutral, like a good set of balanced armatures, and there was a slight lack of oomph in the midrange; but it didn’t matter — I was so impressed with the clarity of the highs and smoothness of the bass I barely noticed.

Both sets come with clips and carrying cases. The ts02 naturally (pun alert) come with a cloth bag (that suspiciously reminds me of the hemp bags worn by my comrades in college; though that could be paranoia talking), while the CC51 has a zippered pouch to protect it. The CC51P comes with a better variety of eartips.

The ts02+mic is warm, both in sound and looks, and Thinksound’s concern for the planet is second-to-none; but the ‘phones don’t have the clarity or balance expected of sets in this range.

For the price, these are a fantastic set — a lucky discovery for anyone who enjoys deep bass and clear, bell-like highs. The fact that they look stunning is just icing on the cake. 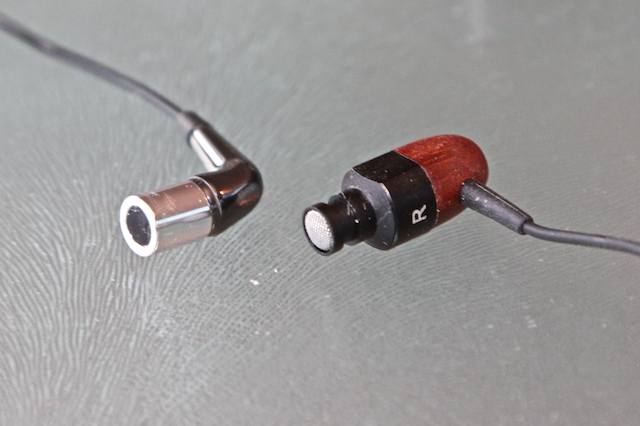 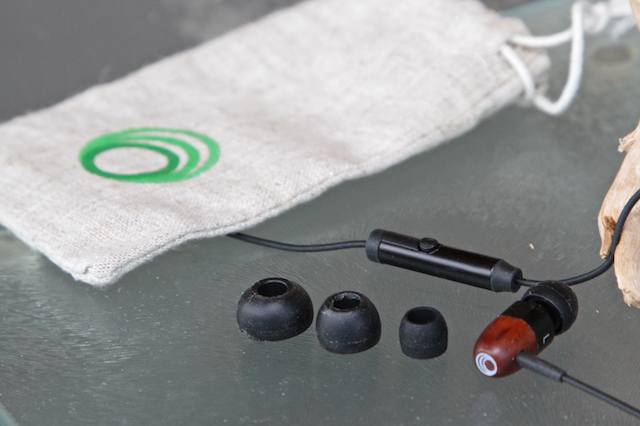 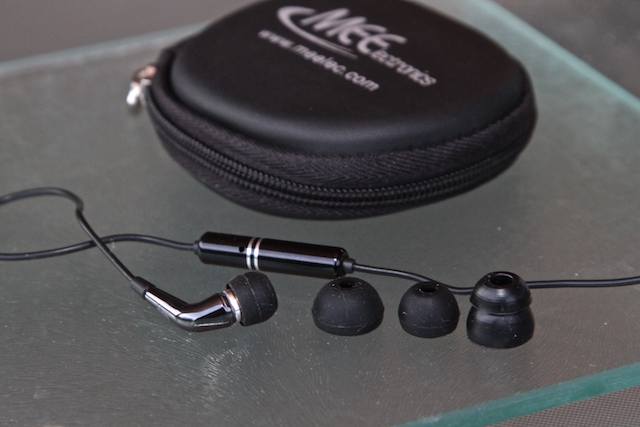