Apple has reportedly begun building a huge solar farm that will provide power to its data center in North Carolina. According to the report, the farm will be built on 171 acres of land, and will be situated right next door to the data center.

MacRumors points to a report from The Charlotte Observer which reveals:

Apple has quietly begun work on a solar farm that apparently could help power its sprawling data center in southern Catawba County.

Permits issued by Catawba County show that the Cupertino, Calif., company has been approved to reshape the slope of some of the 171 acres of vacant land it owns on Startown Road, opposite the data center, in preparation of building a solar farm.

Although the County has provided permission for Apple to reshape the slope in preparation for its building, with grading and erosion permits, the Cupertino company doesn’t yet have permission for the building itself, reveals the report. 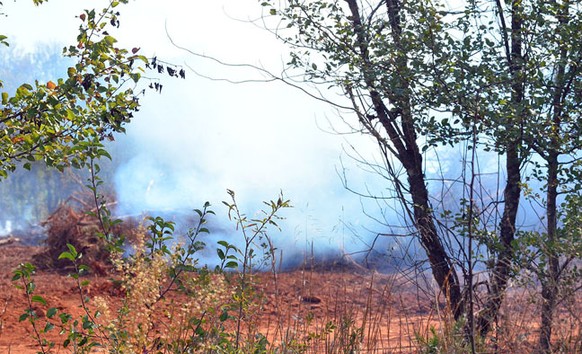 The Hickory Daily Record strengthens the report by confirming that Apple has indeed begun work on the plot of land, and that local residents are upset by the smoke that has been generated by fires to help clear the land:

Across the street, at 6028 Startown Road, Apple has filed a soil erosion permit with Catawba County for about 170 acres of land. Apple applied for the permit on Aug. 9, and the county reviewed and approved it on Aug. 10.

In the application, Apple described the work as “Solar panel farm A” for the 170.99 acres of land.

The erosion control permit reveals that Apple has actually obtained three separate sites in the area, including one in October last year, and one just last week, upon which it expected to build its massive solar farm.