Maybe you’re not going to buy a pair of earphones based on the way they look; maybe you’d rather spend your moolah on a pair that came with exquisite performance. What if you could have both? In spades? Here you go: With their deep, bone-tingling bass and blue-blood looks and manners, the Klipsch Image S4i earphones ($100) is the Prince…of Spades.

The S4i had me at hello; I was charmed before I even shoved an earpiece into my waiting ears. This is absolutely the most elegant-looking set of canalphones I’ve ever seen, especially in white (they also come in black). From the set’s sleek finish to the subtle silver accents, details seem perfectly thought out.

But the beauty isn’t just skin deep. The impression of quality extends to function as well: The S4i has the best controls in our series, and maybe the best of any control-equipped earphones I’ve ever messed with. The buttons are widely spaced, perfectly shaped and have great feedback; Steve (or Jony) would be proud.

There are three regular and one flanged set of silicone tips, all of which, unusually, require precise alignment on the nozzle, as they’re notched to keep them in place. Finding a good seal was a bit of a struggle, but after a little experimentation I was able to find the setup (one medium tip, one large) that worked for me. Once sealed, the S4i’s passive noise-canceling prowess was up there with the best of them, and close, though not quite matching, the performance of Etymotic’s eartips.

The set can be worn in the standard way, with the cords hanging straight down; but the set’s housing is angled in such a way to allow it to also be worn with the cables run around the back of the ears, and I much preferred this; actually had a fair bit of trouble wearing them in the standard way (see below).

I’m rarely as stunned by deep, smooth bass from a canalphone as I was with the S4i. There are other sets out there with macho bass muscle — the Bose Triport comes to mind — but few near this price that can match the S4i’s rich, silken tone. The set were perfect for listening to something like Sting’s Mercury Falling. And while the ‘phones weren’t exceptional at producing bold mids, highs were crisp and bright, and the overall effect was pleasant and warm, and rarely boomy or harsh — unless a heavy bassline was present.

The S4i are really heavily weighted toward bass — bordering on overwhelming at times. Granted, that bass has a very smooth, rich quality to it; but those who aren’t partial to a deeply bassy sound may not like it, no matter how rich the tonal quality.

There’s also something a little weird about the fit of the angled earpieces. They seemed very sensitive to even the slightest adjustments, and the only way I could get a good seal was by wearing them with the cables over my ears. This could have something to do with the shape of my ears, but I haven’t experienced the kind of sensitivity to position as much with any other IEM; bass seemed to leak out alarmingly easily, even for this sort of earphone, without a really firm seal. Still, once a seal was locked down, everything was groovy.

There are few earphones that exude as much rich feel and performance for as low an asking price as the Klipsch Image S4i. Bass lovers especially need look no further. 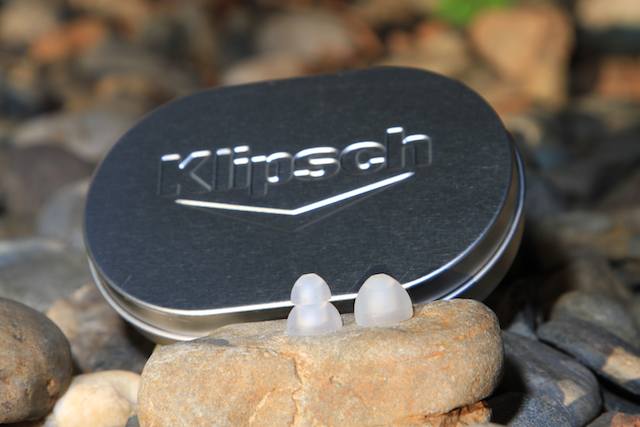