Save on Beats, Fire TV and awesome accessories [Deals & Steals]
You should really stop checking your phone all the time
Apple said to be planning new iPad Pro keyboard with built-in trackpad
Apple CEO Cook ‘optimistic’ China getting handle on coronavirus
How to stop your UWB-equipped iPhone 11 from tracking you
EU might force Apple to offer removable batteries in iPhones
Mystery Powerbeats headphones score FCC approval
These great wireless headphones sport an even better price tag [Deals]
Today in Apple history: Apple bids farewell to the Newton
Speidel’s black leather band is a tuxedo for your Apple Watch [Review]

Cult of Mac Deals is back with an all new deal for you. Ever thought about getting a scanner, but held back because of size and cost? Do you have a Mac and a digital camera?

Then good news! Prizmo for Mac offers a great solution to accomplish your scanning needs without the extra hardware.

So, what can Prizmo do for you?

Well for starters, it performs excellent OCR (Optical Character Recognition) scanning on your books, magazines, receipts, invoices or any other document turning them into data-rich spotlight scannable files. Beyond OCR scanning, Prizmo can also completely alter the perspective of any photograph.


Let’s walk you through a trial run:

Prizmo’s optical character recognition abilities are impressive. It does a good job of recognizing printed type, not just in a flat image but also in distorted, perspective-altered camera images. Suddenly those off-the-cuff, spontaneous images are usable again. 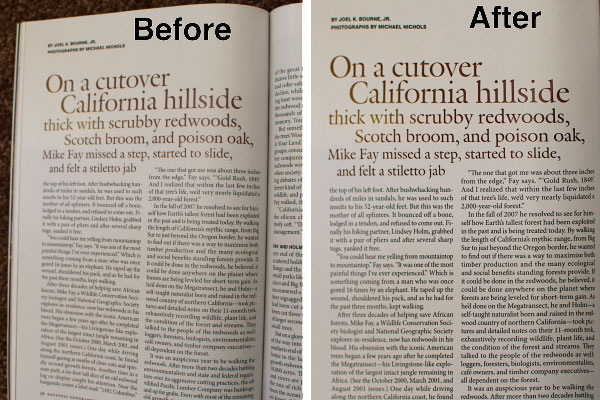 Prizmo is compatible with Snow Leopard and Lion. And Prizmo’s UI is available in 10 languages: English, French, German, Dutch, Italian, Spanish, Portuguese, Danish, Swedish and Norwegian – which will make a lot of people around the world very happy.