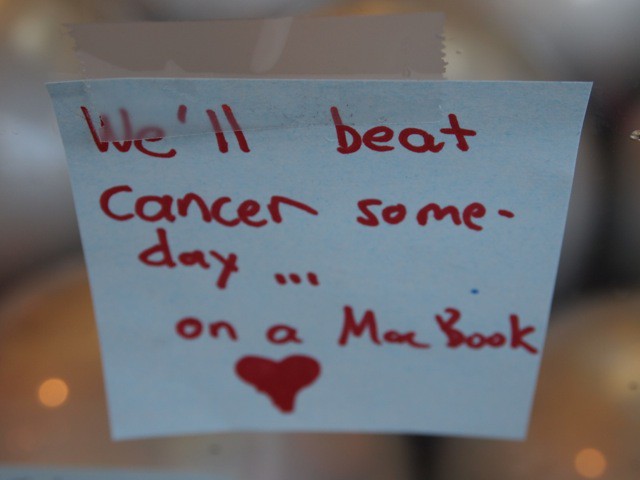 I went to the downtown Apple store this morning.

It was raining. Sort of fitting for the mood at the store.

Several people braved the downpour to pay tribute to Steve. Messages on Post-it notes were covering the front window. It was quite moving actually. Candles were lit and flowers were scattered on the ground.

When it started to hail briefly, I went inside. The mood was somber. The usual high-fiving employees were quiet. One of the employees told me that when they arrived at the store this morning the notes were covering the door. They carefully removed them one by one and placed the notes in rows at the bottom of the window.

While in the store, the David Bowie song Changes started playing. It was sad to hear but fitting. Apple has changed, at least how we know it.

Please check out the rest of the pictures and their captions below. This isn’t a sight exclusive to the San Francisco Apple Store. Similar tributes are happening at Apple Stores all around the world. If Steve was the heart and soul of Apple, even Apple’s fingertips are in mourning today. 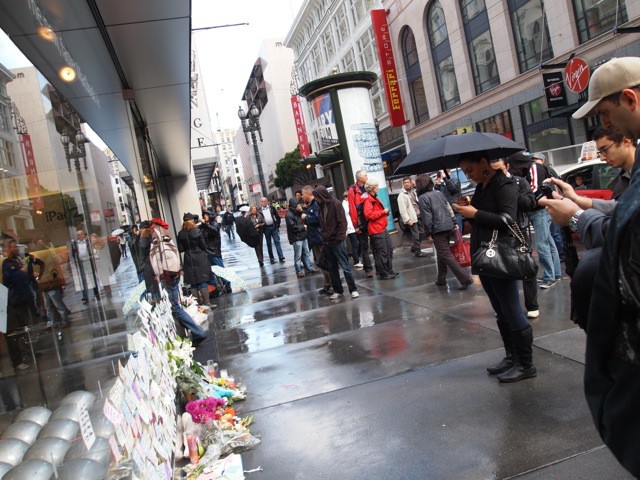 A small crowd gathered outside in the rain to pay their respects. 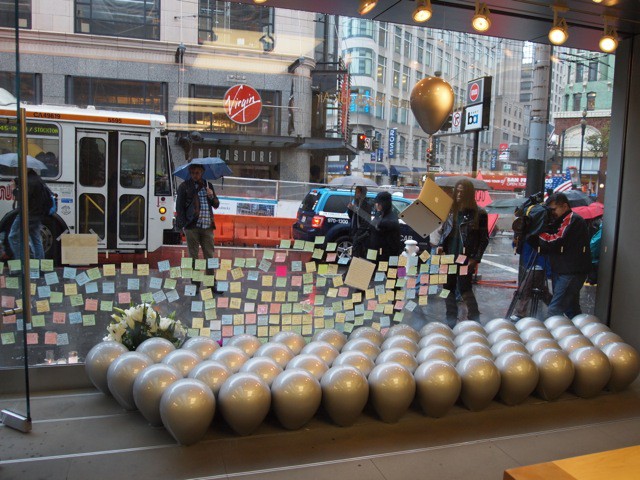 view from inside the store looking out. 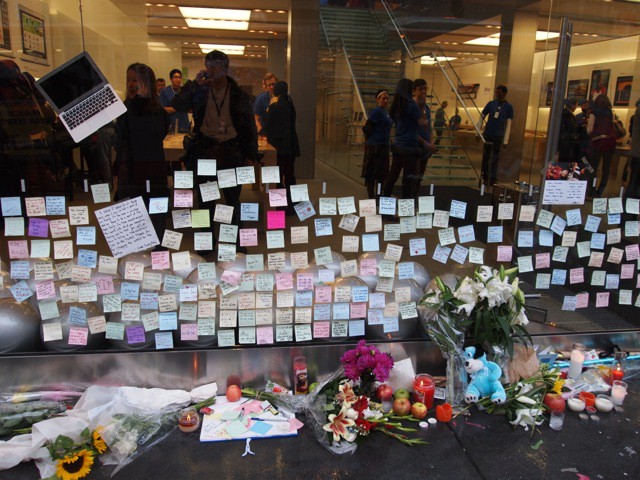 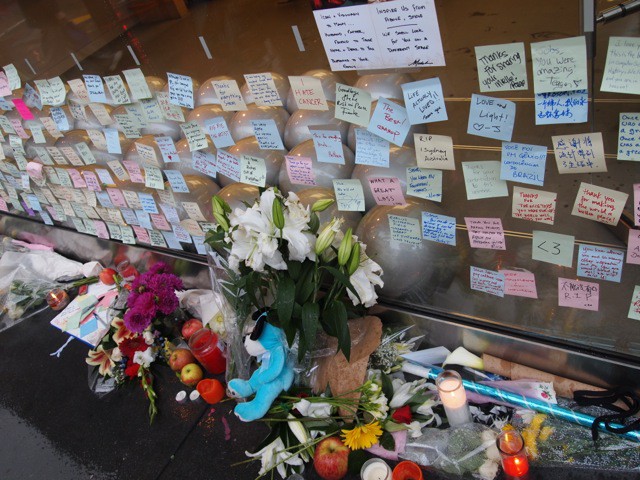 An impressive makeshift shrine with notes, flowers, candles and a single teddy. 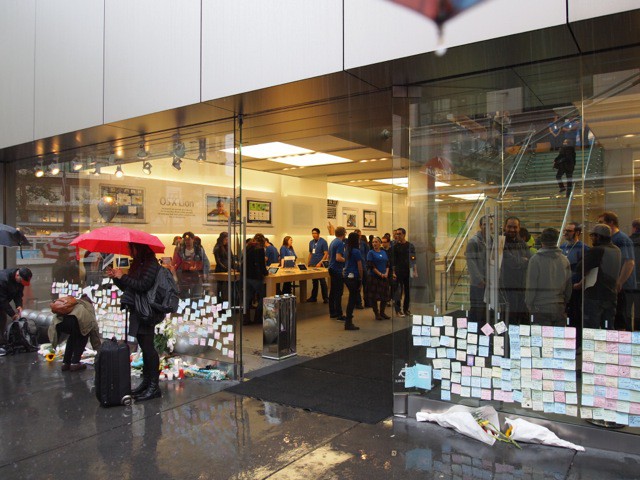 The notes were on both sides of the door. I’m sure by the end of today there will be even more goodbyes. A couple of employees on the far right had just finished a hug.

Post-it notes waiting to be written on. 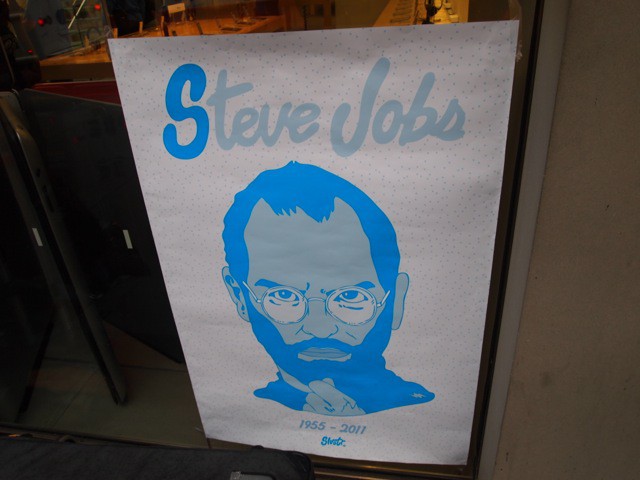 A wonderful one of a kind Steve Jobs graphic made by Slvstr Design. This print of Steve Jobs was made on a Mac, within two hours after it was announced that he had died. 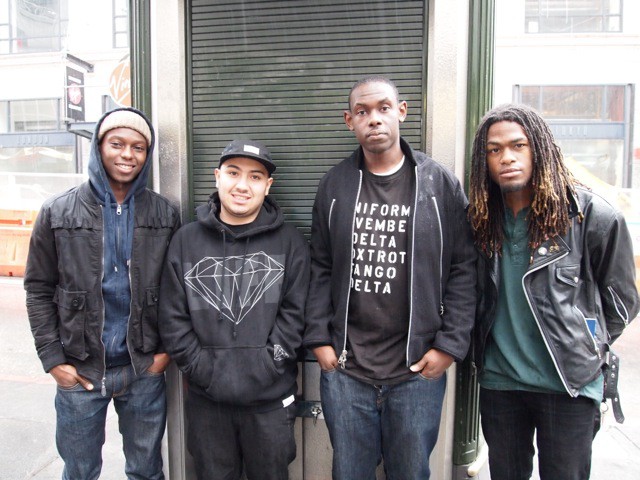 These four young men are graduates of the San Francisco Academy of Art University. The guy that designed the print of Slvstr Design
is in the picture but didn’t want to be acknowledged. Sort of like a Banksy. They used part of their rent money to print the Steve Jobs graphic at Kinkos. 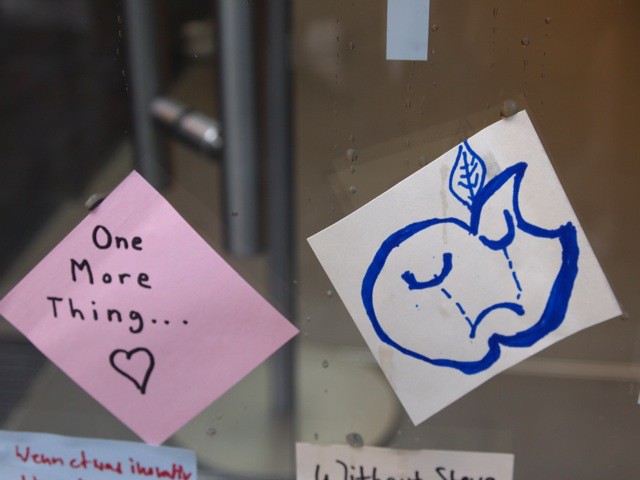 The rain dripping down the window made it seem like the apple really was crying. 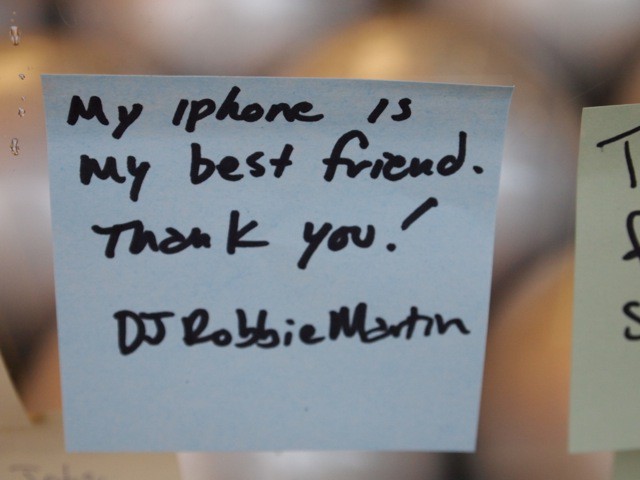 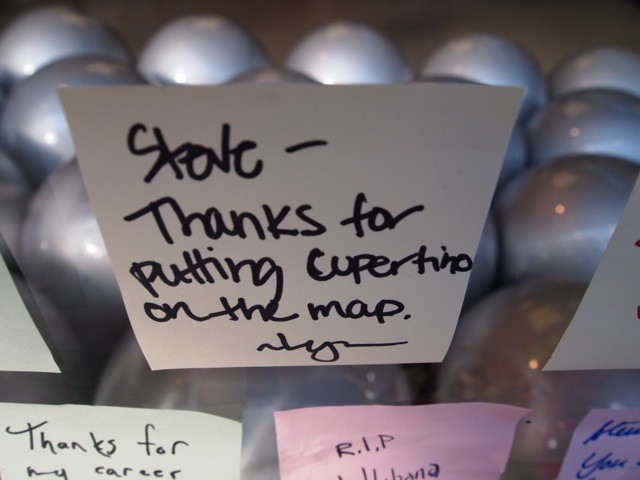 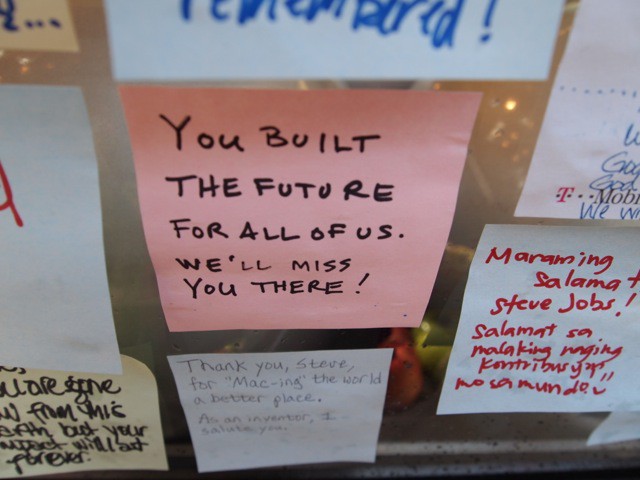 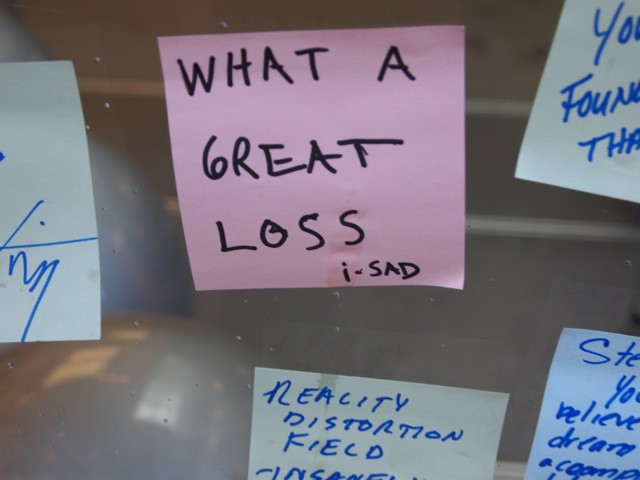 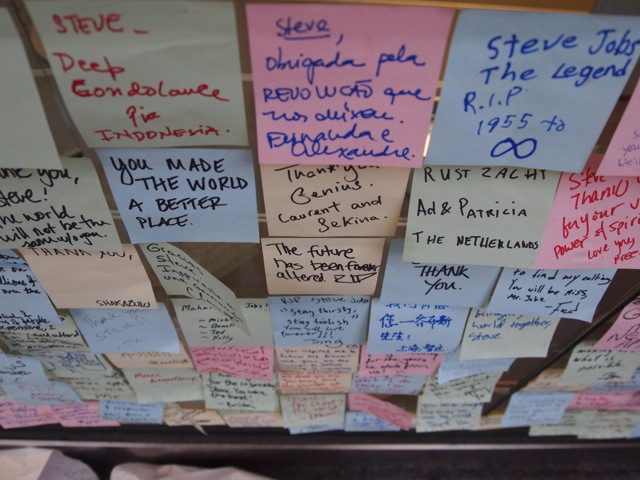 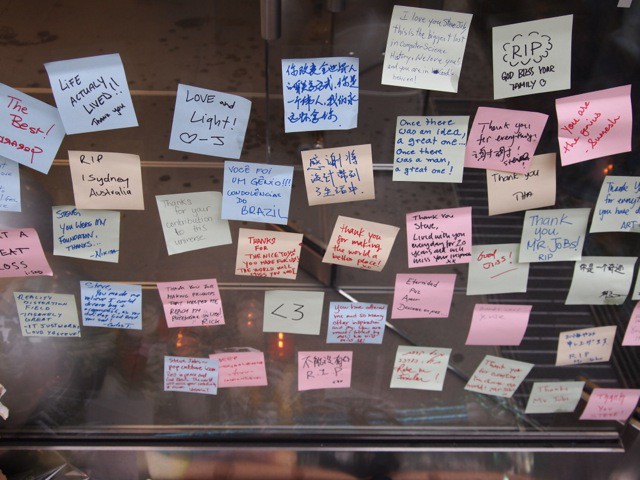