Adonit’s humble origins as a Kickstarter project hasn’t stopped the outfit from taking the iPad-accessory world by storm. Adonit’s Jot styli were radical standouts in our stylus shootout a few weeks back, and their version of an iPad 2 keyboard case, the Adonit Writer for iPad 2 ($100), sparked similar “whoa”s as I marveled at its design.

Adonit has really taken the magnet thing to the next level. Sure, the cover wakes the iPad upon opening, but that’s a well-worn trick. This one isn’t, though: There’s also a small magnet at the bottom of the Writer’s keyboard that sticks to a thin metallic plate within the cover of the Writer when open — giving it an infinitely variable angle along that plate. It’s quite brilliant, and it gives the Writer a flexibility only surpassed by (much heavier and bulkier) clamshell-style keyboard cases.

Not only does opening/closing the cover turn on/off the iPad, but it also de/activates the keyboard — also brilliant.

Another way the Writer flexes its..well, flexibility…is with the way it’s powered. The Writer relies on three AAA batteries that reside in its hinge; so if the juice ever runs out, you can just pop a few AAA from your local supermarket into the Writer and you’re back in the game.

Not that you’re likely to run out of power without warning, as there’s a ring around the huge, easy-to-use power button that lights up green when the keyboard is activated and red when power is low. A set of AAA lasted just under a month, with moderate use — and that’s from a writer’s perpective, so those dabbling in other professions should be able to squeeze out even more juice.

The keys have a good feel to them: just the right amount of spring, and they feel like they’re a little concave, and seem to work pretty well for touch-typists. When closed, little rubber tips on the edge of the keyboard protect the iPad’s screen from harm. popping the iPad in and out of the case is super-simple, and the iPad is held securely in place with a little plastic tab.

It’s a good-looking case too. the aluminum frame of the keyboard goes well with the iPad, and the suede cover looks snazzy, although scuff marks tend to show easily.

My biggest complaint with the Writer was its keys — they’re just too small; they’re the tiniest keys in the test. Although they aren’t spaced as closely together as the keys of another keyboard case coming later this week, the keyboard still felt a little cramped. Some testers who tried the keyboard didn’t has as much trouble as I did, and it seemed that touch-typists had the best experience.

The keyboard also lacks some of the dedicated keys that other ipad keyboards are equipped with, like cut, copy and paste, etc. — although it does come with standards like power, search, show/hide soft keyboard, picture frame mode and track and volume controls.

No rechargeable battery means no easy way to recharge the keyboard if you get stuck without power; sometimes an outlet is easier to find than a pack of Duracells.

If you can deal with the smallish keyboard, the Writer’s genius design, good looks and fast flexibility should easily win you over. 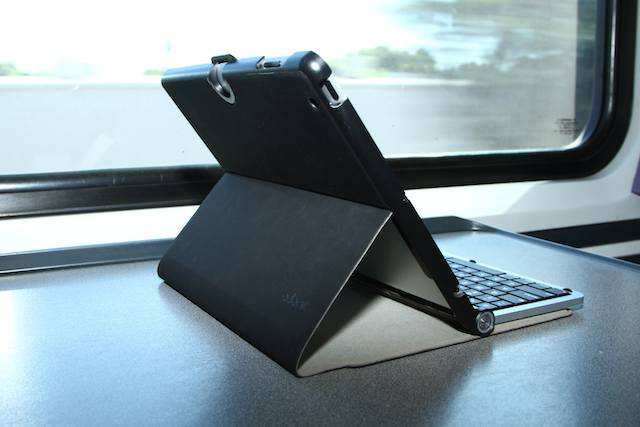 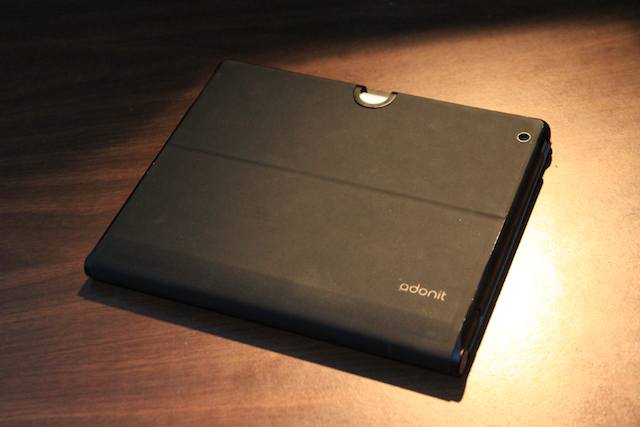 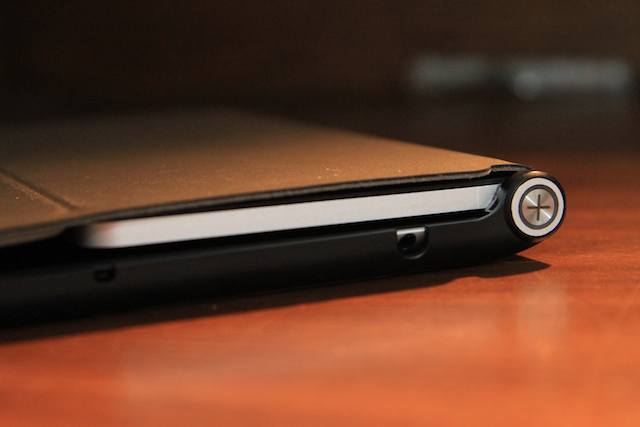 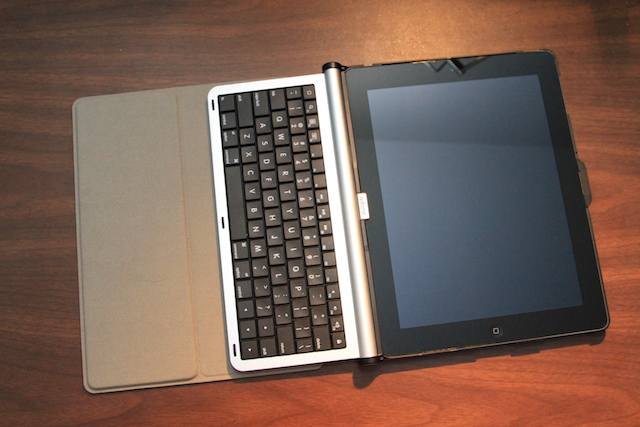