We’re starting a new reader submitted series called “Me and My Mac.” Instead of just showing your Mac setup, we want to see you with your Apple hardware.

We told you to get creative and send in submissions for the first round. And like usual, the Cult of Mac audience did not disappoint. To start off, lets meet the world’s youngest Apple programmer. 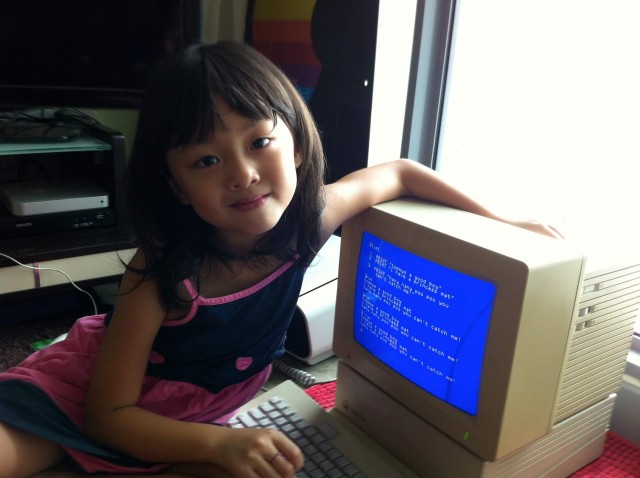 This is Lim Xin Mei. She’s 6-years-old. She’s learning how to program with the Applesoft language. She was coding on an Apple IIGS, but her parents later switched her to a PowerMac 7200 running an Apple IIGS emulator. Xin Mei is now learning simple graphic programming on an iMac G3. 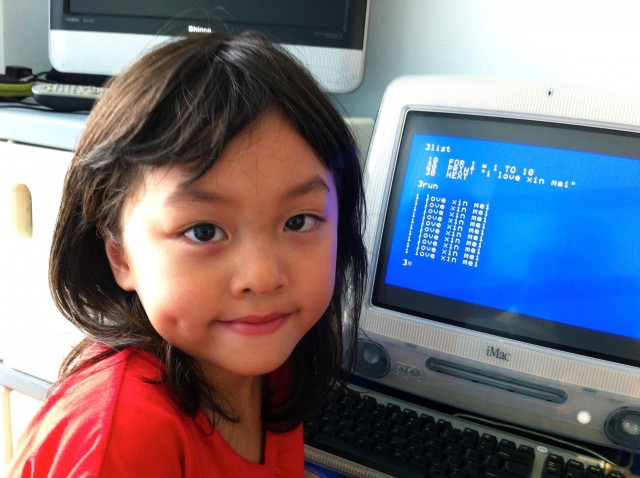 We look forward to what you create in the future, Xin Mei!

This is just a taste of what we have in the pipeline for the Me and My Mac series. We’ve already received tons of great submissions, and the first official round will be published soon.

You still have plenty of time to send in your own submission to the Me and My Mac series! Send your pictures and anything else you’d like to say to news@cultofmac.com with the subject: “Me and My Mac.”