Apple hit a home run with its wireless Bluetooth keyboard. The keyboard is compact, good-looking and functional. It even works great in conjunction with devices like the iPad, thanks to its easy setup over Bluetooth.

Being only 12.5mm thick, the Levitatr Bluetooth keyboard features a design that Apple would be proud of. With a LED backlit set of keys that magically lifts off of a flat slab when you’re ready to type, this Kickstarter project has us already wanting to buy. 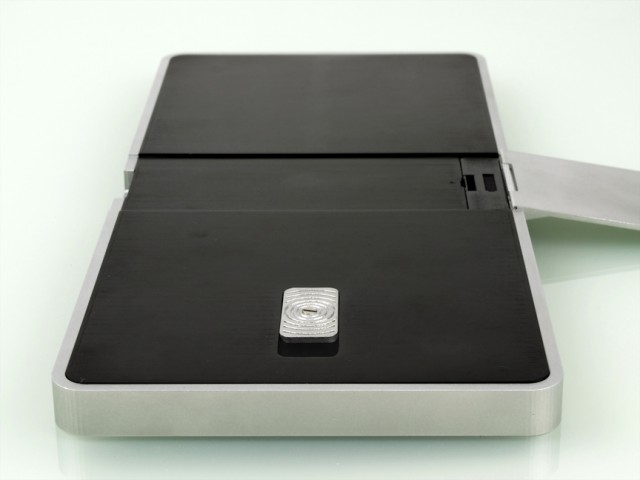 James Stumpf, designer of the Levitatr, thought up a genius idea when he created a portable keyboard with collapsable keys. When not in use, the Levitar’s keys descend into the device’s aluminum and polycarbonate plastic body. No more sticky keys from grime and dirt getting stuck in the crevices. Collapsable keys also keep the user from accidentally pressing keys when the Levitatr is thrown in a bag.

When you’re ready to type, simply press a button that raises the backlit keys from the Levitatr. Now that’s magical.

The Levitar features a sturdy, aluminum kickstand for the iPad and ‘other devices’ to rest comfortably on when typing. Stumpf wanted the Levitar to be versatile, so other tablets and mobile devices should work fine with the keyboard.

While the Levitar is meant for more devices than just the iPad, it actually features 5 iPad-specific buttons, including a home button trigger.

“Designed around a singular chassis cast in aluminum and precision-machined to its final form, Levitatr is durable to its core. The face, bottom cover and key caps are injection-molded from beautiful high-gloss polycarbonate plastic. The ALUMNM kickstand is composed of two pieces, precision-machined from aluminum and pinned together. The assembled kickstand is then pinned to the keyboard frame. The ALUMNM kickstand latches into its resting position via high-powered magnets. Low-profile scissor switches are used for key actuation. This gives the keyboard swift key actuation and response.”

One thing about the Levitar that may be a deal-breaker is the battery. James Stumpf hasn’t disclosed what battery life will be yet, and the device runs on 4 AAA batteries. We’re hoping that the Levitar can at least match Apple’s wireless keyboard in battery longevity. 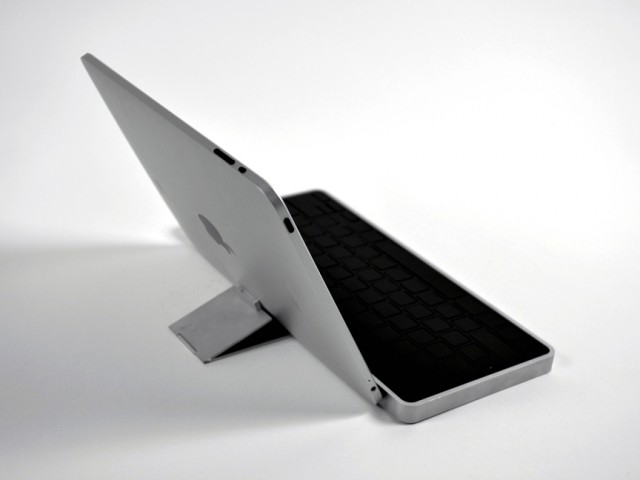 You can help fund the Levitar Kickstarter project by preordering for $79. Those that back will be getting a Levitar when the project reaches its $60,000 goal.