There’re few materials that can match leather for wear resistance and luxuriousness; and if you’re using an iPad in a professional or fashion-forward setting, leather makes a great choice.

Problem is, leather cases tend not to be the most practical solutions: They’re generally portlier than their proletariat plastic counterparts, and they’re also generally don’t allow for mucking about with positioning much.

Ah, but the updated Sena Folio for iPad ($100) is different.

This is a handsome, clean-shaven case. The full-grained Napa leather looks great and feels like supple silk. Details like the high stitch count along the edges, and velvet lining on the inside of the case where the iPad sits present an impression of understated sumptuousness. It seems obviously well-crafted, but without being flashy (although that’s probably not true if you order it in scarlet).

The Folio also seems surprisingly slim for a leather case. Even with its assorted stands, Sena has managed to keep it on a strict diet, furthering the perception of elegance.

It’s practical, especially for a case this pretty. This is one of the few leather iPad cases that can be propped up, at angles almost identical to Apple’s Smart Cover ,in both portrait and landscape modes — the latter a big boon when actually using the iPad for work. A pair of stands — one for each orientation — flip down when the iPad needs support, and then attach to the inside of the case with snaps when not in use.

Ports for the buttons and cameras leave everything easily accessible. The iPad is securely fastened by a strip of velcro

It could have more accessory pockets. I didn’t find the card slots overly useful (I’m not likely to trade in my wallet for an iPad case); but I did find I missed not having a place to stow a stylus.

There’s a very slight bump on the front side of the case where the stud for the smaller stand attaches to the case. It’s barely noticeable, but it’s a distraction on an otheriwse flawless surface.

Then there’s the problem with the clasp that secures the case — when the Folio is opened in portrait mode, the flap gets in the way of typing a little. It’s a minor annoyance, especially when typing for longer periods of time. Placing the flap under the case and out of the way isn’t really an option either, as the iPad then see-saws mildly on the flap.

The Folio is a sublime, superbly crafted blend of fashion and function. Yes, it has some minor quirks, and it’s a little steep — but it’ll let you have your cake and eat it too. 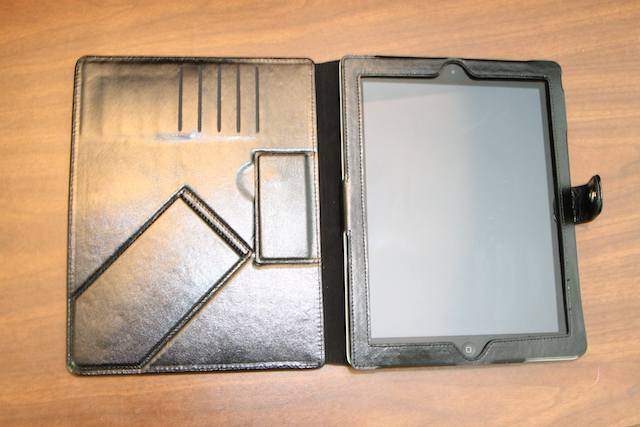 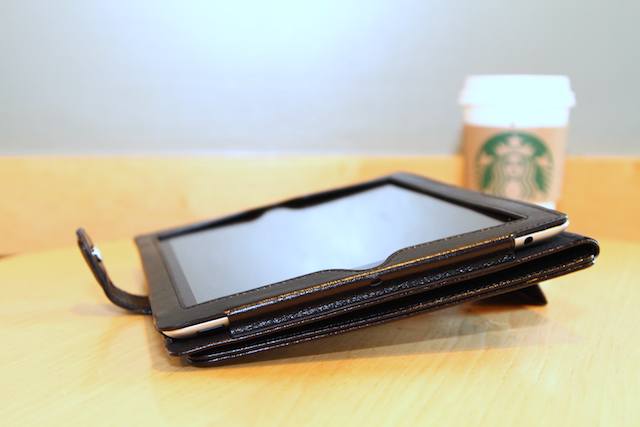 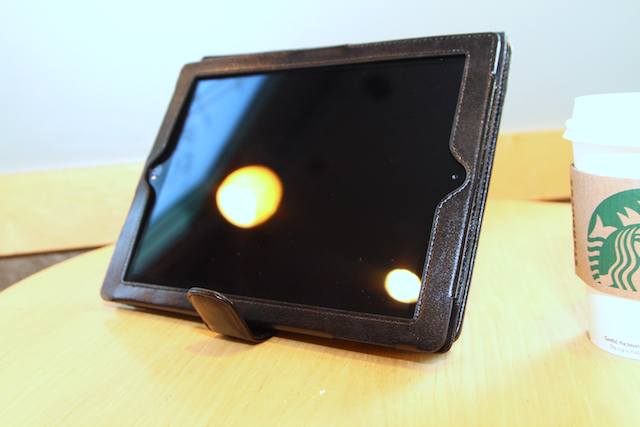 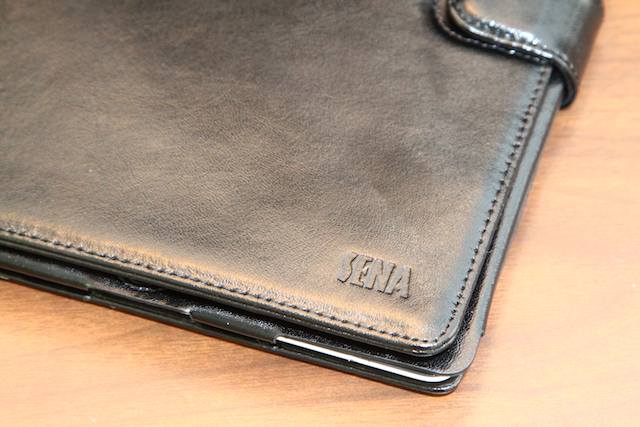