Since Apple’s acquisition of Siri many moons ago, there have been rumors that the technology would one day worm its way into the iOS software. Speculation, fueled by evidence in the latest iOS SDK, would lead us to believe that Siri “Assistant” feature will finally come to fruition in iOS 5. And according to one report, it will integrate with your contacts, calendars, emails and more.

According to files related to the feature currently included in iOS 5 SDK and discovered by 9to5 Mac, Assistant will work seamlessly with your iPhone’s core features and tap into things like your contacts, calendar, email; and open links. This means it could be an even bigger part of the operating system and not just a simple assistive feature. 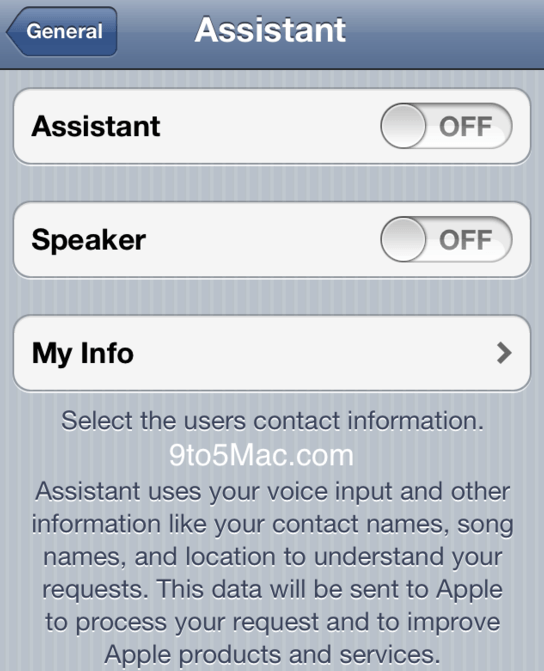 The voice recognition technology is expected to come from Nuance, who we already know Apple has been working closely with, though it is believed this technology will only play a small part — with Apple’s data finding and processing doing the main work.

Unfortunately, there’s no confirmation this feature will appear in a beta release before iOS 5 launched this fall, or indeed if it will actually be ready for the final release. But for a taster of the Nuance speech-to-text functionality, check out some of Nuance’s awesome iOS apps.