OS X Lion is the best version of OS X yet, but some of its design choices aren’t without controversy… especially the decision to make the whole operating system more like iOS.

Hate that stuff? Over the next few days, we’ll be posting some tips on taking the iOS inspirations back out of your Mac. Today, we’re going to change the default way Lion handles scrollbars to be less like the way they work on the iPhone.

In OS X Lion, scroll bars don’t exist unless you actually start scrolling. When you start moving up or down in a window, they pop up and function as normal, but if you’re someone who likes to use scroll bars to quickly click to various positions in a document, the requirement to scroll first before you can actually access the scroll bar can be an annoying extra step.

Here’s how to fix it: 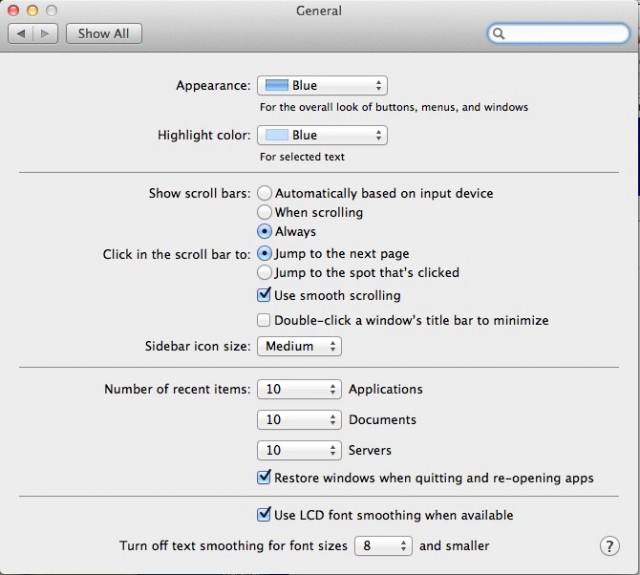 2. Next to “Show scroll bars” tick the “Always” radio button.

Done! Now, scroll bars will automatically show in Lion as they did in Snow Leopard, even if you haven’t already scrolled.