The state of software patents in the US is very reminiscent of the feudal system during the medieval ages. In terms of the US app development scene, you have large companies, like Apple and Google, that provide the platforms for developers to create and innovate on.

Innovation on these platforms (platforms like iOS and Android) is regulated by communication and frequent lawsuits between patent holders. As of late, attacks by large patent companies on mobile indie developers have caused devs to flee the US to escape otherwise-unnecessary legal fees and infringement ramifications.

Recently, two patent companies in particular have been the cause of much grief in the app development community. Companies like Lodsys and Kootol specialize in exploiting indie developers with no funds to fight an infringement case in court. These “patent trolls” sit back and collect boatloads of intellectual property patents to then use as evidence in patent lawsuits against developers. 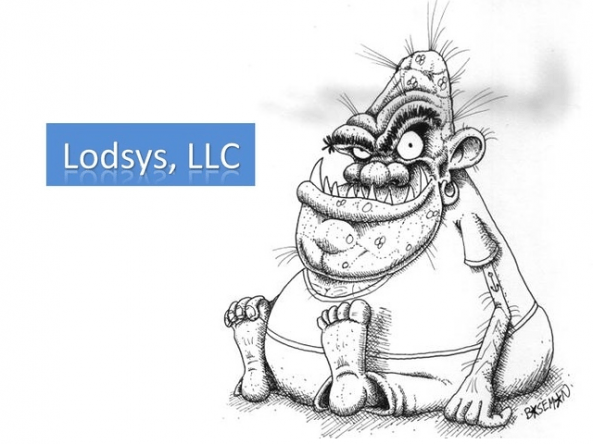 In the past, companies like Lodsys and Kootol would go after larger fish in the pond, like Apple and Google, with these patent lawsuits. That line of thinking was that you take your lawsuit where the most money is; and now the patent troll’s targets have been set on smaller businesses that can’t afford the legal fees to fight a case in court.

Instead of spending hundreds of thousands of dollars fighting a company like Apple with no assured means of victory, a patent troll can sue an indie developer and then settle with that developer outside of court. If a Lodsys goes after enough third party developers, then it can eventually make quite a bit of money off small settlements here and there.

A report from The Guardian tells how app developers are starting to take their business overseas to escape stifling patent litigation in the US.

“Simon Maddox, a UK developer, has removed all his apps from US app stores on both iOS and Android for fear of being sued by Lodsys, a company which has already sued a number of iOS and Android developers which it says infringe its software patent.

Shaun Austin, another app developer based in Cheltenham, said that “selling software in the US has already reached the non-viable tipping point”.

And Fraser Speirs, a Scottish developer who has written apps for the Mac and iOS, remarked that he was “starting to get seriously concerned about my future as a software developer due to these patent issues”.

Rather popular app development houses, like The Iconfactory, are being targeted by Lodsys in the US for ridiculous cases of patent infringement.

“Craig Hockenberry of Iconfactory, developer of Twitterrific, remarked that “Just when you think things couldn’t get any worse, they do and tweeted that “I became an independent developer to control my own destiny. I no longer do”. Iconfactory is among those being targeted by Lodsys, but earlier this week was granted a 30-day extension to reply to Lodsys’s claim.”

Developers like Maddox saying that it’s “far too dangerous to do business” in the US shows how real the looming threat of patent abuse is for mobile development.

To give you a taste of the kind of patents that these developers are having to deal with, The Guardian notes Kootol’s patent that’s being used for a lawsuit against companies like Apple, Microsoft and Yahoo.

“It says that patent it is seeking is an invention which “allows the user to publish and send messages using one way or two way messaging and by subscribing to posts of other users of a network. By indexing each message of each user the system provides real time search capabilities to users of the network in turn creating a unique form of communication.”

The company claims that it covers core messaging, publication and real-time searching, and that the named companies “may violate [our] intellectual property by using it for their website, networks, applications, services, platforms, operating systems and devices.”

Sounds pretty broad, doesn’t it? Unless a huge change is made in the way that intellectual property is safeguarded, the current system in the US won’t be able to keep up with the fast pace of mobile technology.

Steve Streza paints the picture of this patent problem in the US from a developer’s perspective,

“There is justified outrage at these companies for what they’re doing. Companies like Lodsys are taking advantage of patent law to harass small developers into paying up hush-money to keep from a time- and cash-consuming legal nightmares. However, it is worth noting that these patent trolls are legally operating under the rules of a broken system. It is the system surrounding patent law that must be reformed. Patent law was invented ages ago, when innovation was expensive and took a lot of time and energy. These days, any kid with a laptop can create the next huge app. The tech industry has largely figured out how to keep competitors from reverse-engineering trade secrets through a combination of mathematical and cryptographic tools. Don’t steal your way to a better product; compete your way there.

Whether Apple or Google figures out a way to shut Lodsys up is irrelevant. The patent troll hydra is out in the open; paying off one of them will cause every patent holder to consider pursuing developers with similar tenacity. With at least one indie developer withdrawing their apps from the US market so far, this spells a dark time for innovation. But only because we have been so willing to ignore the problem for so long.”

The “problem” in question can indeed not be ignored any longer. Hopefully the US will once again become a safe place for app developers to innovate without the pressure of patent fear mongers like Lodsys and Kootol. Otherwise, innovation in the mobile space will have to continue somewhere else.