One of the best email clients for the iPhone just got even better. Spark, which promises that “you are going to like your email again,” is now available for the iPad as well. And this isn’t an all-too-common instance of developers just stretching out the iPhone version of their app and calling it a day. Spark is fully optimized for the iPad’s larger display.

END_OF_DOCUMENT_TOKEN_TO_BE_REPLACED

Dropbox has announced that it is killing its Carousel and Mailbox apps in early 2016.

The company says it will use what it has learned from these products to improve its core Dropbox service, and to increase its focus on Paper, the tool that allows you to create new documents and collaborate on them in real-time in the cloud.

END_OF_DOCUMENT_TOKEN_TO_BE_REPLACED
FULLSCREEN
A really old Apple computer can fetch a fortune at an auction these days, but more recent models that you can easily pick up on eBay aren't going to make you a great deal of money -- especially if they no longer work. But instead of sticking them in your garage and leaving them to collect dust, why not turn them into something useful?

In this gallery, we'll show you 11 old Macs that have been given a new lease of life, like the Mac Pro that's now an aquarium, a group of Macintoshes turned into planters, and an old iMac G4 that's been transformed into a desk lamp.

Photo: theappleguru, eBay
This old Mac Pro G5 case has been transformed into a gorgeous aquarium that would look right at home in any Apple fan's living room. It's fully functional, and complete with lights and an air pump.

"In keeping to my fascination with reusing and recycling things to fulfill a new design and function, this fish tank built from a Apple G5 desktop seemed like an ideal way to give a new life to a dead machine," says creator Michael Garito.

Garito used acrylic to make the tank that lives inside the case, and its miniature air pump is concealed beneath it where the Mac Pro's power supply would have lived.

Photo: Michael Garito, mgarito.com.
Another Michael Garito creation, this aquarium was made out of two old Apple monitors sandwiched together. Due to its strange shape, Garito had to build a custom filtration system for this tank.

"I built a filtration system that is submerged in the tank, hidden behind the central 'hide'," he explains. "I did not want the aesthetic of the tank diminished by air tubes running over the side so they, along with the filter's power cord, and the tank's drainage tube are all discreetly ran out of the bottom and through the monitor stand."

This tank seems a little trickier to build than the Mac Pro tank, but it looks pretty spectacular. Garito donated this one to an elementary school.

Photo: Michael Garito, mgarito.com
If you've got an old iMac G4 knocking around, turning it into a stunning desk lamp is actually easier than it looks. This particular model was sold on Etsy, but there are lots of guides to making your own.

Photo: SewWhatSherlock, Etsy
Perhaps the greatest way to breath new life into an old Mac is to turn it into a "Hackintosh." That's doing away with its old components, using its case to house a brand new PC, and then installing OS X on it.

Of course, Mac Pro cases won't just take any motherboard and components, so you'll have to make a few adjustments to make them fit. This particular Hack Pro was put together by "Commander Zero" over on the InsanelyMac forums who details each modification that was made in the thread below.

Photo: CommanderZero, InsanelyMac
If you're not up to building a Hackintosh, how about gutting that old Mac Pro case and using it as a cable tidy instead. No one likes the sight of messy cables, but this "Power Tower" from Kiwidee looks great when it's all closed up.

Tucked away inside it there's an integrated power surge, three AC circuits, and up to 30 plug sockets. There's even a handy socket on the front of the case.

Photo: Kiwidee
These Macintosh planters are the ideal garden accessory for any tech freak who likes getting their fingers green - and they couldn't be simpler to make. Simply gut your Macintosh, cut a hole in its top, and fill it with soil.

Photo: Superchou, Flickr
Another simple hack, this one turns an old Mac Pro G4 case into a mailbox. All you need to do is gut your machine, cut a hole out of its front for your mail and install a door, then add some numbers.

Don't forget to make the case waterproof, though, because you could come home to soaking wet post after a rainy day.

Photo: Digitaldust, Flickr
When it's sunny outside, you don't want to be stuck in with your Mac. So how about turning it into a barbecue grill and taking it outside for some cooking. You can make your own by following the steps in this Imgur gallery. Photo: 100uf, Reddit
If you've got more than one Mac Pro case collecting dust, sticking a block of wood between them creates a beautiful bench like this one from Klaus Geiger.

Photo: Klaus Geiger
Another Klaus Geiger hack turns a couple of old Mac Pro cases into a set of drawers that even Jony Ive would be proud of. This one's a little harder to put together than the bench, but it's well worth the effort.

Photo: Klaus Geiger
This old Power Mac G4 Cube case makes for the fanciest tissue box you'll ever see. Creating this hack is as easy as swapping out the computer's old logic board, hard drives, and other components for a box of tissues. You can find step-by-step instructions via the link below. 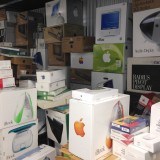 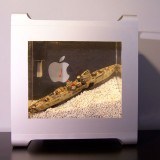 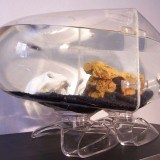 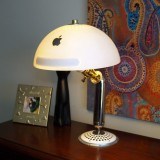 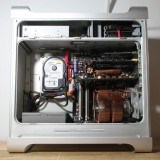 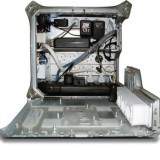 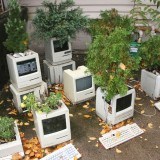 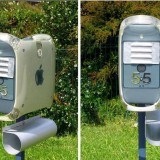 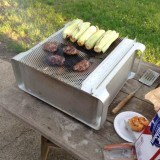 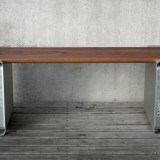 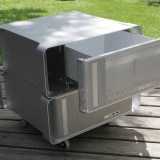 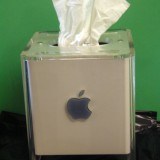 Mailbox, the iOS app that makes whittling your inbox down to zero as easy as a few finger swipes, has been working to bring its popular service to OS X since April, but after a long beta testing period it’s announced that Mailbox for Mac is finally available to everyone.

END_OF_DOCUMENT_TOKEN_TO_BE_REPLACED

Mailbox has quickly become one of the most popular email management apps on iOS, and now the public is about to get its first taste of what it can do on the desktop too. The company announced this morning that the first public beta of Mailbox for Mac is now available, and they’ve added a couple of new features to go with it.

END_OF_DOCUMENT_TOKEN_TO_BE_REPLACED

Mailbox, the beloved email app owned by Dropbox, received a pretty big update today in the App Store. As the Mac beta of Mailbox continues to roll out slowly, the app is maturing on iOS.

END_OF_DOCUMENT_TOKEN_TO_BE_REPLACED

The iPhone comes preloaded with many stock applications, but not all are as powerful as you wish they’d be. Luckily there are tons of developers pushing new apps into the App Store, and many of their creations upstage the stock iOS applications.

In today’s video we take a look at five iOS apps that can easily replace baked-in Apple apps and enhance your iPhone experience. Look at weather in more detail, refresh your music player and more with these powerful apps.

Purchased last year by Dropbox, Mailbox is already one of the most intuitive apps on the iPhone and iPad for rapidly reaching inbox zero. Employing a series of swipes, Mailbox users can quickly delete, archive, or save emails for later, without ever leaving the inbox screen.

But after an update yesterday evening, Mailbox got even better. A new swipe action has been added to the app, giving users the ability to swipe a message once, and automatically file away all messages that resemble it.

END_OF_DOCUMENT_TOKEN_TO_BE_REPLACED

Mailbox, the popular gesture-based email app owned by Dropbox, has received a small but significant update.

First up are bug fixes, which (among other things) sort out the frustrating problems that have plagued the “reply” and “forward” features of the app’s iPad edition.

More importantly, however, is the app’s integration with App Links, the free and open-source initiative introduced by Facebook last month, that allows quick and straightforward linking between apps.

END_OF_DOCUMENT_TOKEN_TO_BE_REPLACED

Despite all efforts to the contrary, email is still the default way to shift files, photos and – yes – mail around the internet. Even when you share a file using Dropbox, the link goes via old-fashioned email. And yet email clients are still awful. They’ve gotten a lot better in the last couple of years, on both iOS and the Mac, but we’re still stuck without a proper task manager that integrates with the native iOS/OS X Calendar and Reminders.