As we approach the end of 2013, it’s time to take a look back and pay some recognition to some of the finest apps that have hit the App Store over the past 12 months.

It’s not easy to build a successful iOS app anymore — with over 1 million of them in the App Store, competition has never been tougher — but some developers have proven it’s still possible to stand out among the crowd with titles that are either completely unique, or just far greater than their rivals. 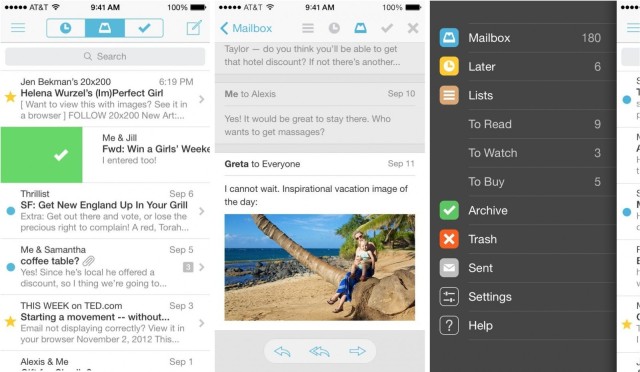 A number of impressive third-party email clients have popped up this year, but I don’t think any of them have had the same impact as Mailbox. When it first launched back in February, more than 380,000 people joined its waiting list, and many had to wait several weeks before they could use the app.

Fortunately, that waiting list is long gone, so you can download and start using Mailbox today. And I highly recommend you do.

Initially supporting Gmail only, Mailbox is now also compatible with iCloud and Yahoo! Mail accounts — and it supports background syncing in iOS 7 so your emails are automatically fetched even when the app is closed. It sports a clean user interface that’s quick and easy to navigate, making inbox management a walk in the park.

Mailbox’s main aim is to help you get to “inbox zero.” You can use simply gestures to archive or delete emails you no longer need, or set them aside for actioning at a later date. You can also organize then into lists, so that they’re easy to find in the future.

Mailbox supports iPhone and iPad, and it’s completely free. Futhermore, its creators have promised that support for other platforms — including OS X — is coming soon. 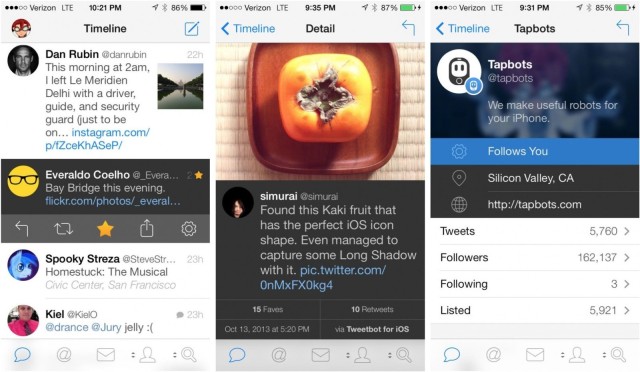 Tweetbot’s been around for a little while now, so you’re probably already familiar with it, but a brand new version — Tweetbot 3 — that’s optimized for iOS 7 was launched earlier this year.

With it came a beautiful new interface, completely redesigned from the ground up — and new features like fast account switching and a night theme that can be set to activate automatically based on the brightness level of your display. In addition to this, it offers all of the great Tweetbot features we got with its predecessor, such as timeline syncing, native push notifications, customizable navigation, the ability to add multiple accounts, and support for services like Pocket, Instapaper, Readability, Droplr, and more.

The only downside to Tweetbot 3 is that it’s only available on iPhone at the moment, but it will be coming to iPad in 2014. 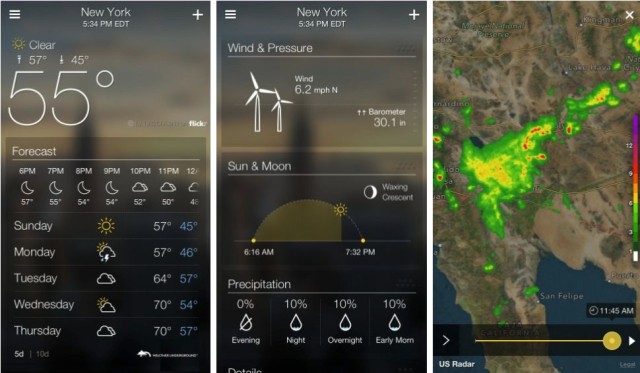 There are lots of wonderful weather apps for iOS, but the Yahoo! Weather app is most certainly one of the best. It delivers everything you’d expect from a good weather app; it’s incredibly accurate, and its innovative design with alternating backgrounds sourced from Flickr is downright gorgeous.

When you first open the app, you get a brief view of the forecast at that time with high and low temperatures, and you can swipe up to reveal more. The app offers detailed information like 10-day and 24-hour temperature forecasts, sever weather alerts, interactive radars, and animated sunrise and sunset times and wind pressure modules. It also offers a humidity sensor and UV index, and displays the chance of precipitation each day.

You can add multiple cities, switch between fahrenheit and celsius, and customize the notifications and alerts to suit you. It’s completely free, and it’s a universal app compatible with both iPhone and iPad. 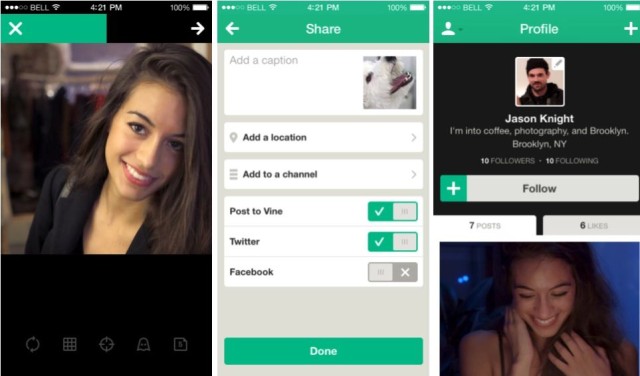 Vine really needs no introduction from me; the free video-sharing service, which is now owned by Twitter, is already incredibly popular with over 40 million users as of August this year. It’s not a traditional video-sharing service — clips are just 7 seconds long — but it’s lots of fun, and there are some awesome users sharing some really creative stuff. 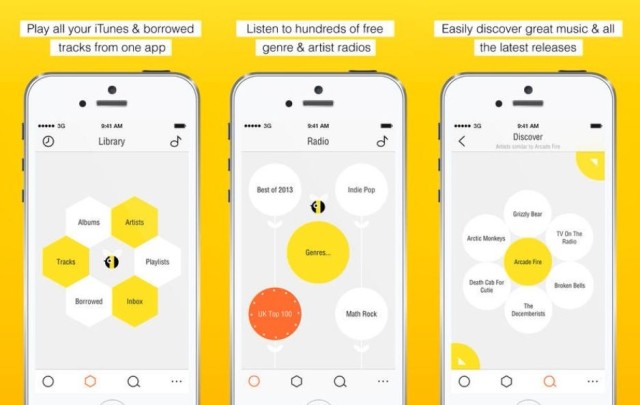 Everyone loves free music, and that’s exactly what you get with Bloom.fm. It offers hundreds of genre-based radio stations that are streamed directly to your smartphone, with a library of more than 22 million tracks. Simply tell it what you want to listen to, and it’ll serve you free music.

Bloom.fm also plays music stored on your device — so you can use it as an all-in-one music player — and with a paid monthly subscription you can “borrow” tracks and save them locally for listening offline. The app is only available to users in the U.K. at the moment.