Microsoft has brokered a deal with automaker Volvo to co-develop a driverless vehicle, according to a new report — putting it in competition with Apple’s rumored “Project Titan” Apple Car.

END_OF_DOCUMENT_TOKEN_TO_BE_REPLACED

Owning a car sucks mostly for one reason: I’m always losing my keys.

Like this morning on the way to the coffee shop when I somehow managed to lose my key after I already got in the car. Keys were not made for me, which is why I might need to upgrade to a Volvo someday because the company just revealed it’s ready to turn Apple Watch into the key to your car.

END_OF_DOCUMENT_TOKEN_TO_BE_REPLACED

When you’re flying down the road on a bicycle at night, visibility could mean the difference between life and death at the hands of an automobile driver.

Volvo has designed what it’s calling Life Paint as a way for cyclists to protect themselves on the road, but the spray’s other use cases are potentially just as interesting.

END_OF_DOCUMENT_TOKEN_TO_BE_REPLACED

The roads just got a little safer for bicyclists — as long as everyone drives a Volvo.

The Swedish car company, which wants to build cars that do not crash, has teamed with helmet manufacturer POC in an attempt to solve the problem of car-bike collisions. Their solution? Wearable technology that alerts both motorist and cyclist when a collision is imminent.

Volvo, POC and smartphone manufacturer Ericsson will unveil the safety system at the International Consumer Electronics Show in Las Vegas next month.

END_OF_DOCUMENT_TOKEN_TO_BE_REPLACED

Apple consolidated the lineup of CarPlay partners on its website Tuesday morning and left off mention of 2014 availability, leading some Apple fans to conclude that launch of the iOS-in-your-car functionality would be delayed. However, Cult of Mac has learned that there was no hidden reason behind the site change this morning, and that CarPlay is still on track.

Sources at Apple told us speculation that “Apple is no longer promising CarPlay support from any auto manufacturer this year as it has done since its debut in March” is far off and inaccurate. CarPlay has been supported since iOS 7.1 and many manufacturers are still on track to roll out CarPlay integration this year.

In fact, you can already spot CarPlay in the wild.

END_OF_DOCUMENT_TOKEN_TO_BE_REPLACED

Following Google’s announcement of Android Auto, Apple has added nine more car makers that will support CarPlay in future models of their vehicles.

END_OF_DOCUMENT_TOKEN_TO_BE_REPLACED

This week Cult of Mac Magazine looks under the hood at Apple’s new CarPlay iOS 7.

Called “smart and seamless” by those lucky enough to test it out behind the wheel of a Ferrari at the International Geneva Motor Show, the system will be coming to a dashboard near you as soon as 2014.

Reporter Luke Dormehl talks to experts about what the impact will be for the rest of us: whether smart driving and whether we’ll all be heading down the road to the quantified ride anytime soon.

There is a lot of misinformation about CarPlay — from Apple’s relationship with automakers to the suggestion that it’s working side-by-side with BlackBerry  — and the analysts we spoke to have an interesting take on what the new system means for Apple and where the Cupertino company might be headed.

As always, we’re here for comments, suggestions and bug fixes, so send ’em to my email below or hit the “send” icon top right. 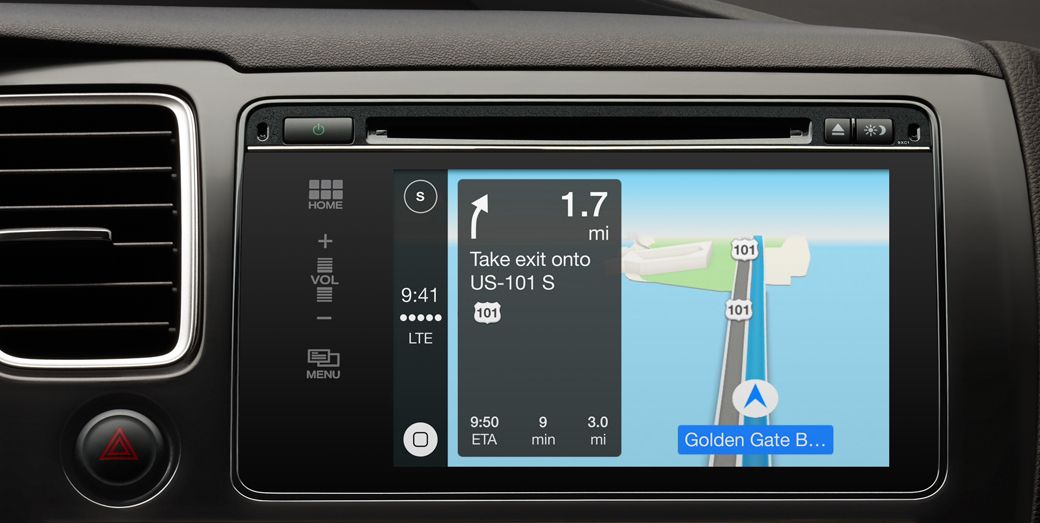 Months of iOS in the Car leaks finally culminated this morning with Apple revealing its new CarPlay system. It’s not quite the name we were expecting, but automakers like Ferrari, Volvo and Mercedes have already integrated Apple’s system into future cars.

Volvo showcased CarPlay in its new XC90 SUV this morning, but here’s what CarPlay will like like for those rolling in a Benz:

END_OF_DOCUMENT_TOKEN_TO_BE_REPLACED

Volvo today confirmed that it will be one of the first to support Apple’s new CarPlay platform in its upcoming XC90 SUV, and it has released a new video that demonstrates how the technology will be used on the road to send messages, view maps, and control apps like Spotify.