Seeing Kara Zor-El finally embrace her amazing Kryptonian powers in this trailer for the upcoming CBS television series Supergirl is an eye-welling moment of pure awesomeness for men and women alike who appreciate the Super myths from DC Comics.

Watching her bumble her way through cheesy, flirty moments as the gopher for media conglomerate owner Cat Grant (played by Calista Flockhart) and giggling through her scenes with beefcake James Olson, however, is a cheesiness that rivals some of the worst of Smallville, so color us warily excited. Check out the trailer and make up your own mind.

END_OF_DOCUMENT_TOKEN_TO_BE_REPLACED

This is, of course, rather historic, since the last decent female-led superhero show was 1975’s Wonder Woman, starring Lynda Carter. It’s even got a chance of being pretty good, as it’s coming from the same creators of successful DC properties The Flash and Arrow, both over on the CW Network.

The less said the better about Electro Woman and Dyna Girl or the more modern yet still awful Birds of Prey.

Whether it’s reboots or prequels, over the past few years there’s been a renewed interest in superhero origin tales. No matter if it's Captain America being transformed from 90lb weakling Steve Rogers into an All-American super soldier, or Bruce Wayne travelling the globe honing the necessary skills to become Batman, these are often the most rewarding comic book stories out there — and the bevy of new superhero-themed TV shows is the perfect canvas on which to tell them.

Read on for our thoughts on the five shows which did the best job of telling us how our favorite heroes came to be — and the five origin stories we’re convinced would make for winning TV if they were given a shot.

Okay, so we’re still at the beginning of this show, but all the pieces are in place for something great — even if they haven’t quite clicked yet. The Commissioner Gordon story was serviced well in Chris Nolan’s Dark Knight trilogy, but he’s an engaging character to follow, and aging him in his thirties rather than mid-forties, as Gary Oldman was in Batman Begins, changes the dynamic somewhat.

The comics have never really explored what Bruce Wayne did between his parents’ death and leaving Gotham City to begin his Batman training, so there’s plenty of ground to explore there also. Color me “cautiously optimistic” about Gotham.

If only someone would tell Jada Pinkett Smith she’s not auditioning for the 1966 Batman TV series.

Up until Gotham, Arrow seemed like it would be the Young Bruce Wayne show we’d never get to watch. Telling the story of an angry, young billionaire who returns home after a sizeable absence and wreaks revenge on the wealthy elite who have profited off everyone else’s misery, it was an origin we could get on board for.

Arrow was a good supporting character in Smallville, and he's proved a great leading one as well -- with a compelling origin, to boot.

For years in the pages of DC, the status quo for Lois Lane and Clark Kent were the two coworkers who, even before their comic book wedding, essentially behaved like an old married couple: bickering with one another, finishing each other’s sentences, and generally acting like characters who had been stuck treading water for the past 50 years. Which is exactly what they were.

Lois and Clark shook up the dynamic by taking both characters back to basics and developing their relationship from the first meeting. Sure, not every aspect of the show has held up (the special effects look a bit ropey) but as a character study showing how both became the people we know them as today, it was perfect.

After Lois and Clark had finished, Smallville had a tough ask on its hands, being asked to retell the Superman origin yet again on primetime TV. Worse, the edict was that Clark wouldn’t be allowed in the Superman suit, which left us with a goodie two-shoes character growing up in a small American town given a name to imply that nothing of significance ever happens there.

The result? Ten years of consistently entertaining television, which managed to uncover new depths in an origin tale most of us felt we’d seen already by 1980. Storylines faltered a bit toward the end, but Smallville more than earns its place on this list. Oh, and Tom Welling was a better Clark Kent than either Superman Returns’ Brandon Routh or Man of Steel’s Henry Cavill.

Like a day that starts off with the sun shining and a free ice cream, and ends with the death of everyone you care about, Heroes’ reputation suffers from the fact that its last three seasons were so darn poor. But that doesn’t take away from the fact that the first season, a.k.a. the origin story, was excellent.

Telling the story of a group of ordinary people who gradually discover they have superpowers, the show took the time to explore the personal impact of these abilities at the kind of leisurely pace that’s simply not possible in a movie. Watch it if you want to see this kind of story done well. Turn off after season one if you don’t want to see a great idea collapse into mediocrity.

Okay, so we’re unlikely to get a Spider-Man TV series, given that we’re currently in the middle of Marc Webb’s blockbuster reboot. But unlike almost any other comic book character, Spider-Man would work far better on TV than on the big screen. The comics were always soap opera heavy, and with more space to play with story lines it would be possible to explore the extended universe of characters.

A lot of people hated Sam Raimi’s Spider-Man 3 because it crammed too much into one movie. If that had been a whole season of a TV show, though? Totally different story. Who wouldn’t want to watch this?

The first season of Buffy the Vampire Slayer loosely followed on from Joss Whedon’s 1992 Buffy movie, with the titular vampire slayer arriving in Sunnydale after being booted out of her old school. More than a decade after the acclaimed TV series ended (and more than 20 after the now-forgotten movie), however, it would be good fun to go back and tell the story of exactly how L.A. cheerleader Buffy Summers discovers she’s the Chosen One.

A new Buffy, plus no Xander, Willow, Giles or Spike could make it a tough sell for old-school Buffy fans, but Whedon would agree to be show runner it could be a fun (sort of prequel) to the series we know and love.

Post-Sons of Anarchy, the story Ghost Rider would make a fantastic show. In case you don’t know, Ghost Rider is stunt motorcyclist Johnny Blaze, who surrenders his soul to the devilish Mephisto in order to save the life of his father. After this, Blaze’s flesh is consumed by hellfire when evil is around, resulting in his head turning into a flaming skull, while he rides around on a fiery motorcycle.

Now that the two awful Nicolas Cage movies are behind us, Ghost Rider would certainly have legs as a TV series. Use the great Ultimate Marvel origin story as your blueprint if you want.

Neither Marvel or DC have proven too willing to engage with the idea of giving superheroines their own movies, so TV could be a great way of demonstrating that there is an audience who will happily turn out to watch a female hero. I’ve always liked Supergirl as a character, and her current New 52 incarnation is intriguing.

In short, she’s got the same powers as Superman, but the unpredictability of a teenager, and nothing in the way of Clark’s affection for Earth. The result is a twist on a familiar story, and a concept that blurs the wish fulfilment of Superman with the realities of being a teenager trying to establish their own place in the world.

A bit of an odd final choice here, but I’ve been revisiting some of my favorite Image books from the late 90s, and Top Cow’s The Darkness stands up so much better than most. Originally written by Garth Ennis, the series tells the story of a mafia hitman who inherits supernatural powers on his twenty-first birthday. The result is a mix between Batman, H.P. Lovecraft and The Sopranos.

Now tell me that wouldn’t make a great show? 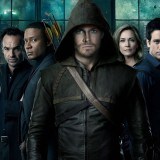 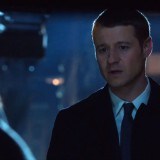 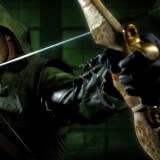 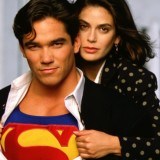 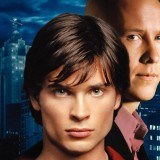 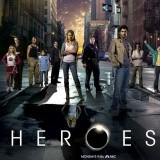 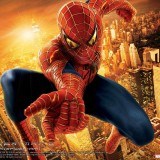 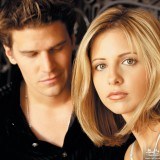 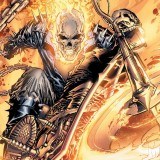 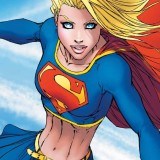 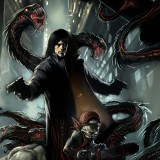