Apple TV+’s new kids show is another musical extravaganza, this time starring the inestimable Jack McBrayer, a comedy veteran with a heart of gold. Hello, Jack! The Kindness Show, which debuts today, treats us to the sensibility of someone who wants us to know about life’s challenges and meet them head on in classic Sesame Street fashion.

Will McBrayer’s inoffensive brand of comedy catch on as easily as the OK Go songs on the Hello, Jack! soundtrack? (They’re written expressly to get stuck in your head, BTW.) And can McBrayer become a household name like he ought to be? Here’s hoping so, because if anyone’s earned that, it’s Jack.

END_OF_DOCUMENT_TOKEN_TO_BE_REPLACED

Rock band OK Go contains some incredibly talented folks. Their crazy-creative videos keep us dancing and guessing “how did they do that?” while they make iOS games and manage a successful touring and record-making career along the way.

Now the foursome is advertising for Red Star Macalline, a Chinese furniture company, with an advertisement using their hit song “I Won’t Let You Down,” including a video shot in China itself, as well as a remix of the tune for the ad.

Check it out below, but don’t say we didn’t warn you. Chair dancing will probably ensue (if you’re sitting down).

END_OF_DOCUMENT_TOKEN_TO_BE_REPLACED

Indie rock band OK Go has a reputation for doing wild and crazy one-shot videos for it’s new releases, and today’s reveal on NBC’s Today show is no exception.

Check out this insane short film where the band performs its second single “I Won’t Let You Down” from the new album Hungry Ghosts. They chair dance atop Honda UNI-CUBs, “omni-directional driving wheel systems” that are in the development stage. Think sitting-down Segways and you’ll have an idea.

Better yet, check out the video below, filmed in Chiba Prefecture, Japan this past August. And make sure you stay for the final, mind-blowing minute where the shot goes high.

END_OF_DOCUMENT_TOKEN_TO_BE_REPLACED

Just take a look at that beast above, posted by lead singer and guitarist for nerdtastic rock band OK Go, Damian Kulash. The Instagram photo, captioned “There is a machine that makes OK Go videos. This is that machine.”

Here are a few of those awesome videos, made with the OK Go cart above.

END_OF_DOCUMENT_TOKEN_TO_BE_REPLACED
FULLSCREEN
Can't get much more bland than this smooth jazz outfit, who played The Bash in 2001
This pop punk hit The Bash in 2004, showing the world that Apple was hip with the kids.
Front man Jakob Dylan looks more and more like his old man these days, but he was a bit younger back in 2005 when his group played The Bash.
DJ BT hit The Bash in 2006, and we hope he used a MacBook to pound those block rockin' beats.
There are a ton of players in this group, which is what you need when you blend the styles of salsa, jazz, funk, reggae, rap, and more. They played The Bash in 2007.
Apparently, there were no actual naked ladies present when this indie favorite folk rock troupe hit the stage for the 2008 The Bash.
Sure, Cake has got some street cred, but mostly because of lead singer John McCrea's hipster beard. Cake played The Bash in 2009.
As if Apple needed to get more meta, band turned developer OK Go hit The Bash in 2010, finally making it safe for current bands to play the venue.
Jazz hip-hop and Peace advocate Michael Franti brought his buddy Spearhead to The Bash in 2011, and we hear it was fun.
This playful modern pop rock band played The Bash in 2012. We really like his suit.
2013's The Bash saw this world-rock group from Boston hit the stage to the delight of urban hipsters everywhere.
Now that Dr. Dre is an Apple executive, it's totally time to bring the noise to The Bash. Here's hoping Apple gets a reunion as soon as possible, though releasing Ice Cube from his kid movie contract may be tougher than the Beats Music acquisition. 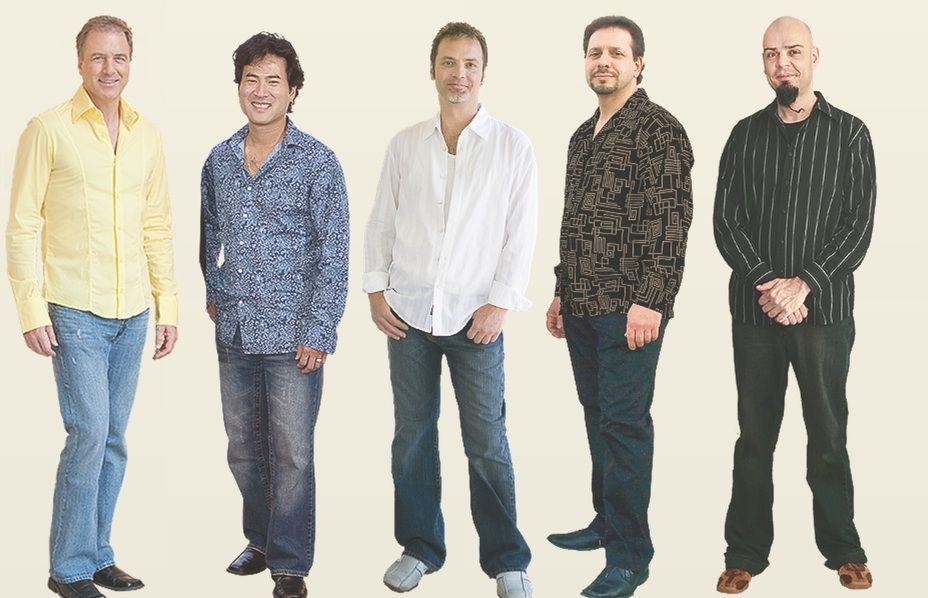 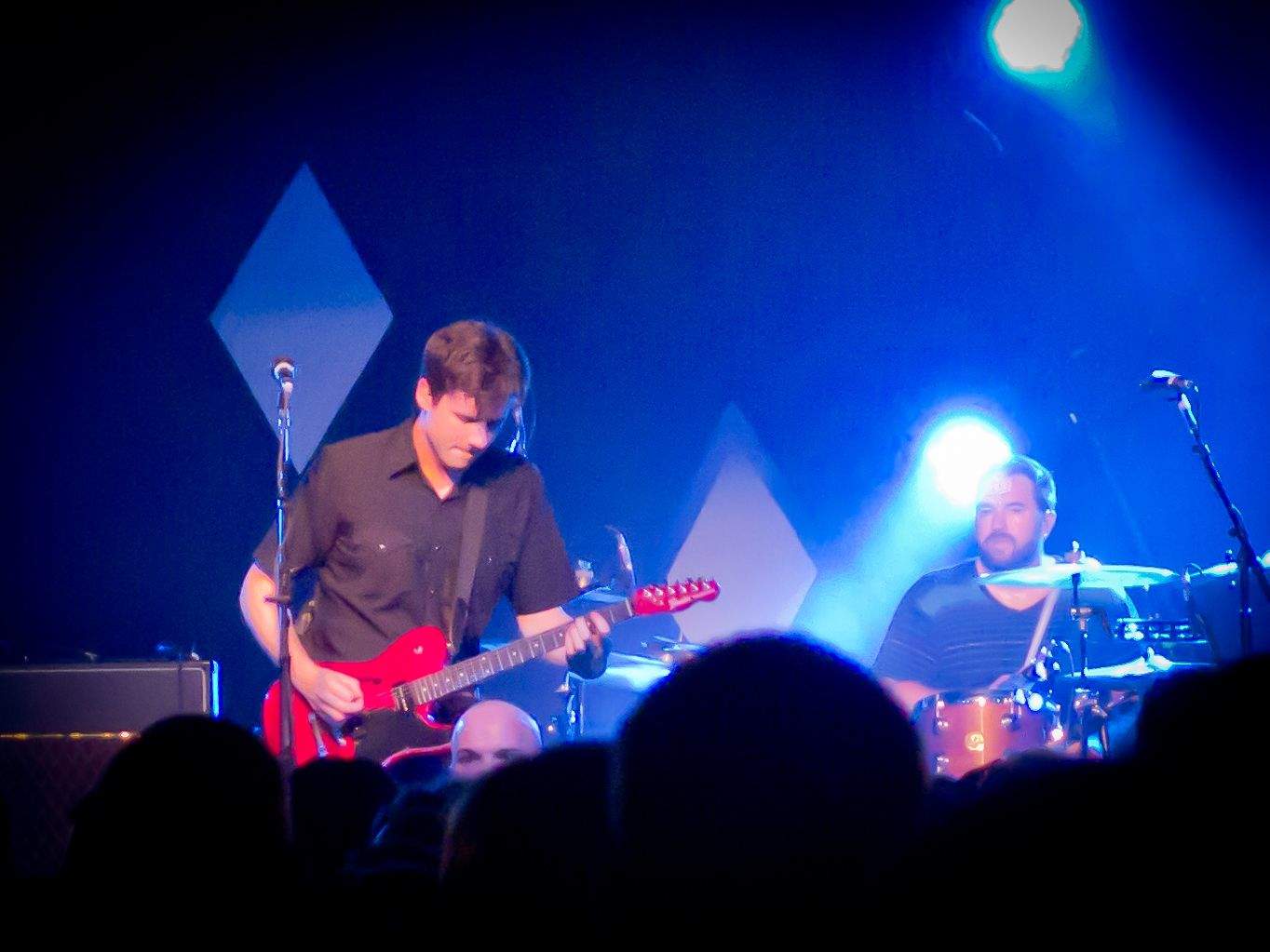 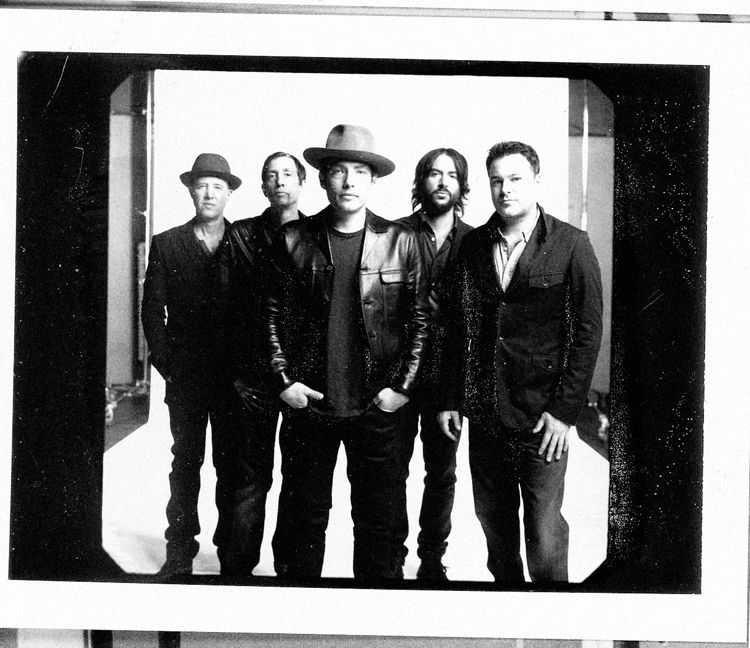 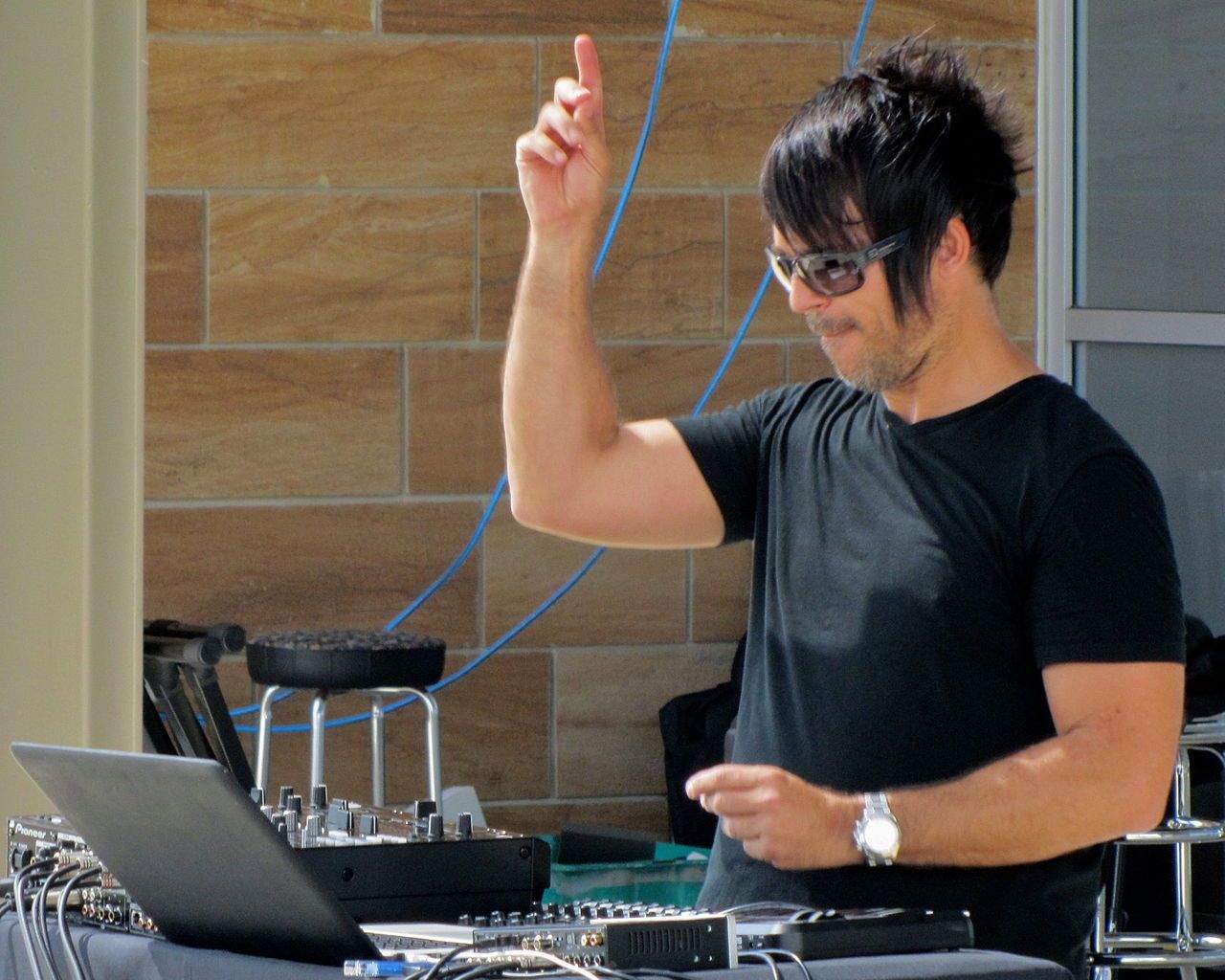 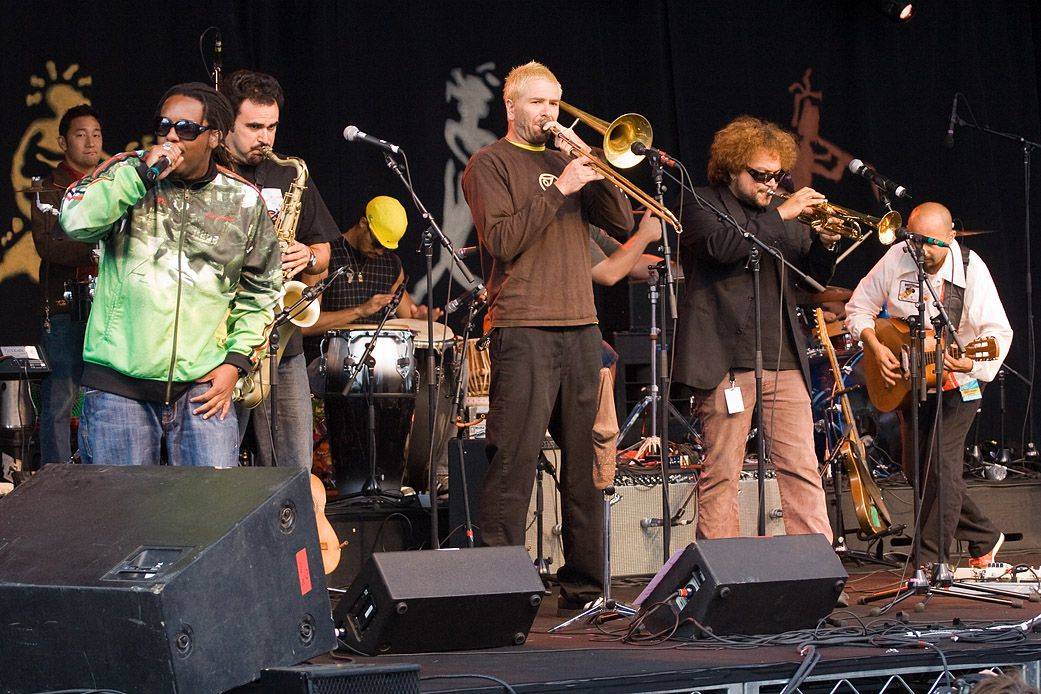 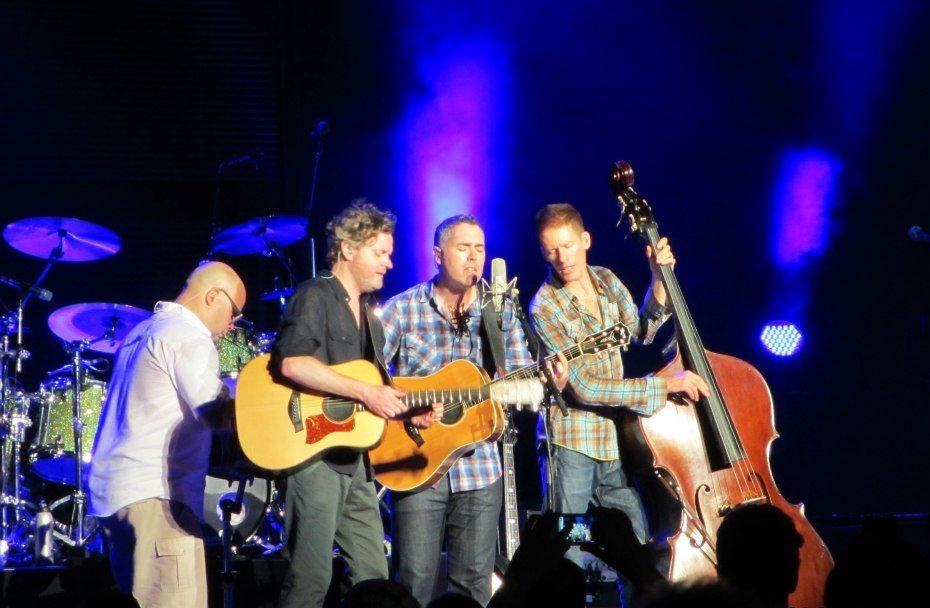 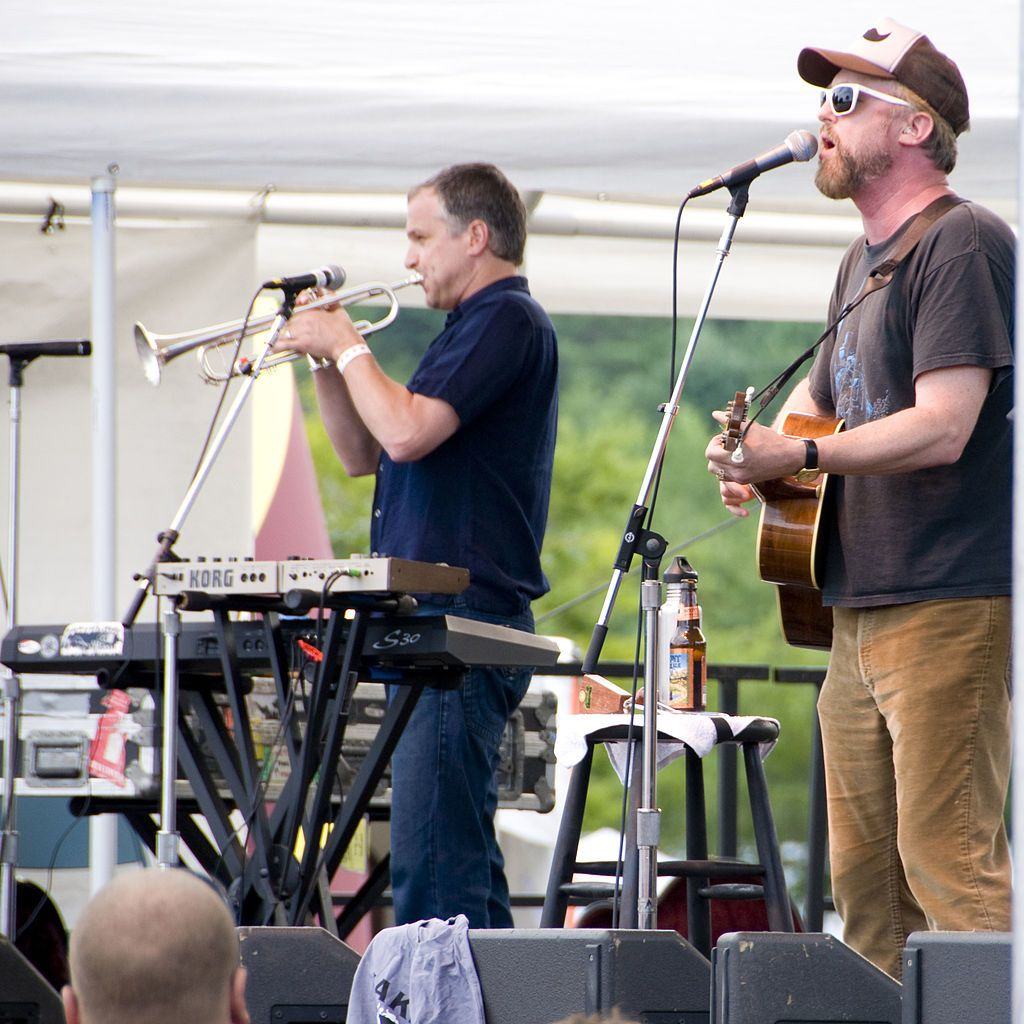 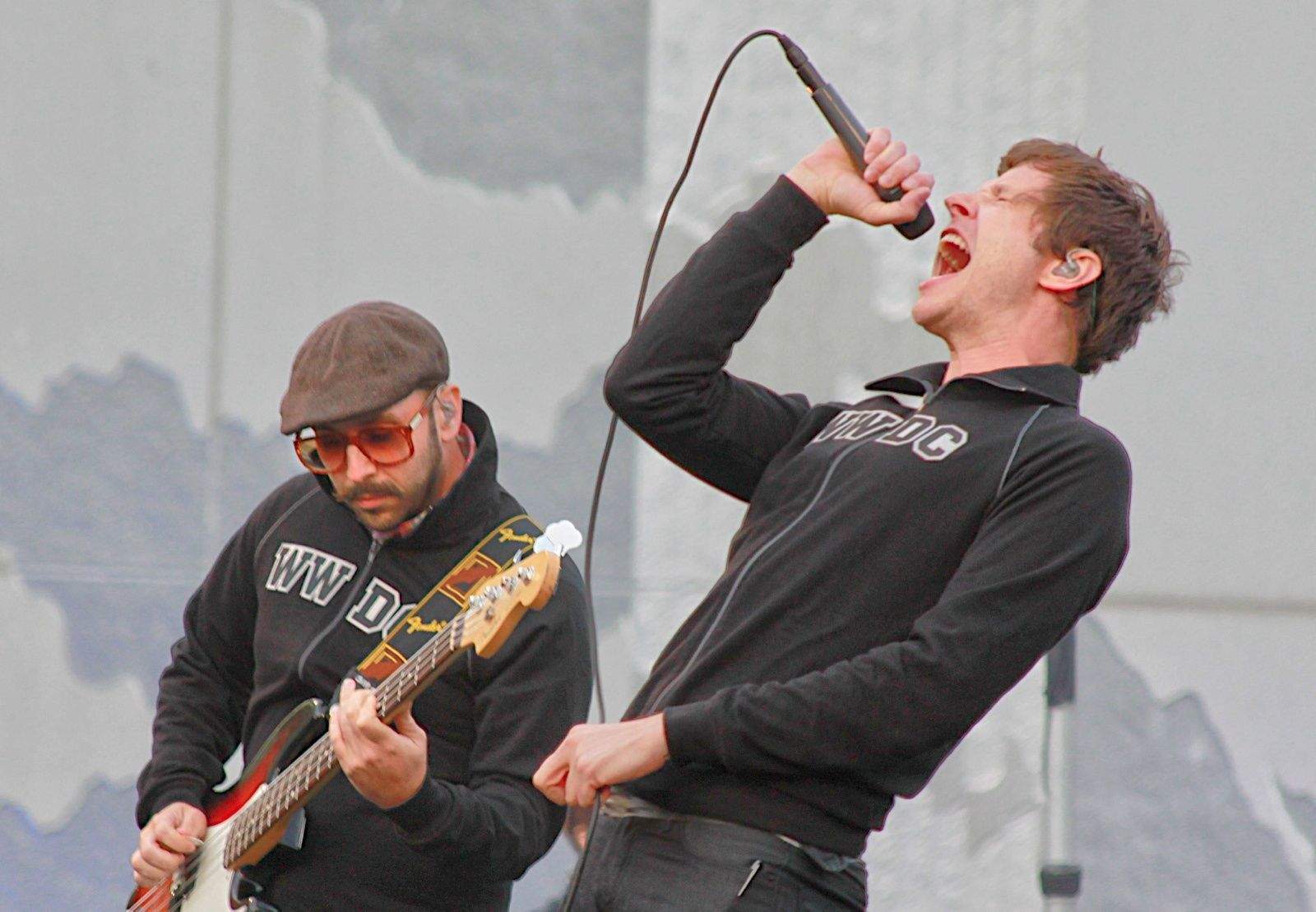 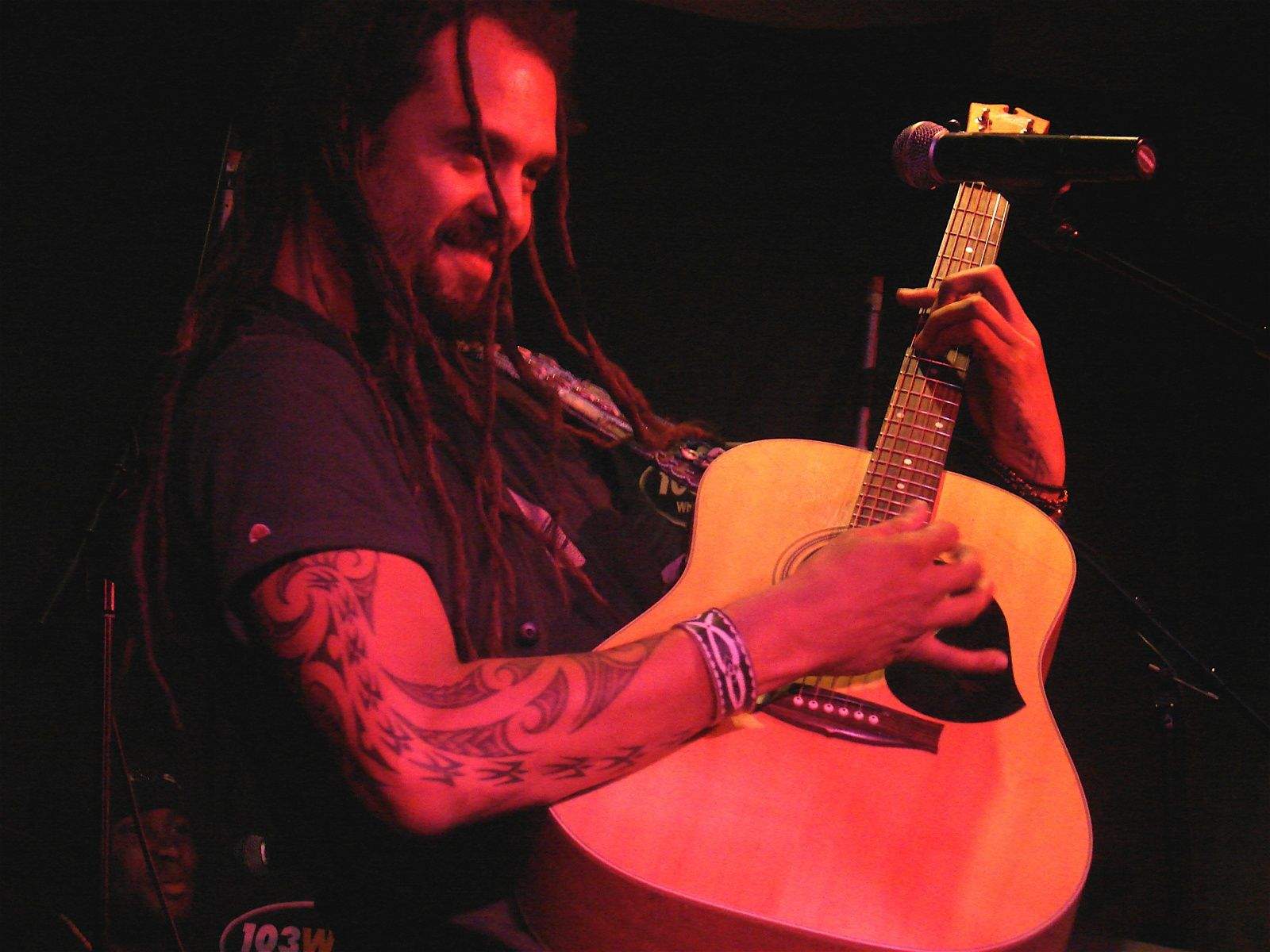 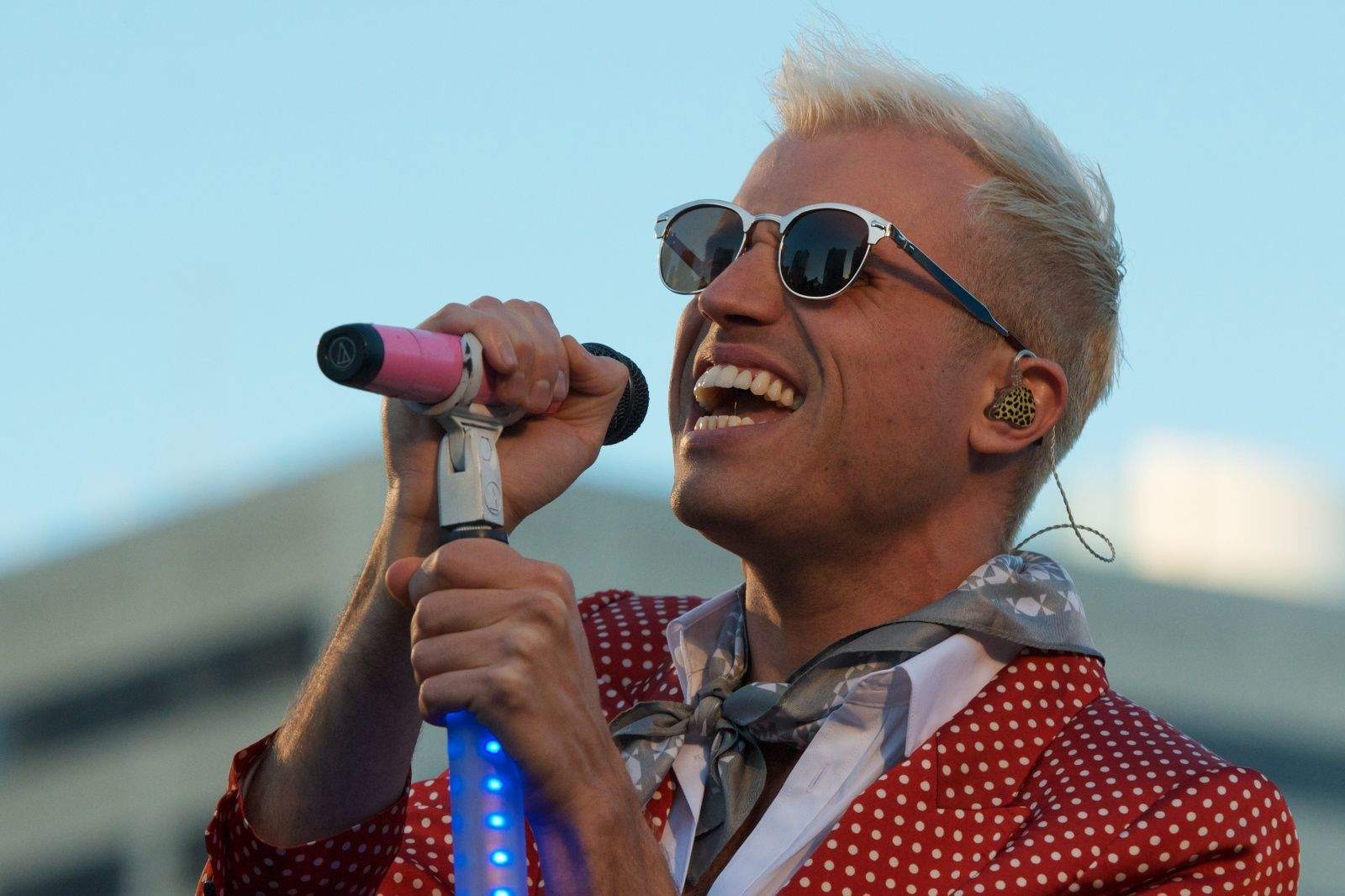 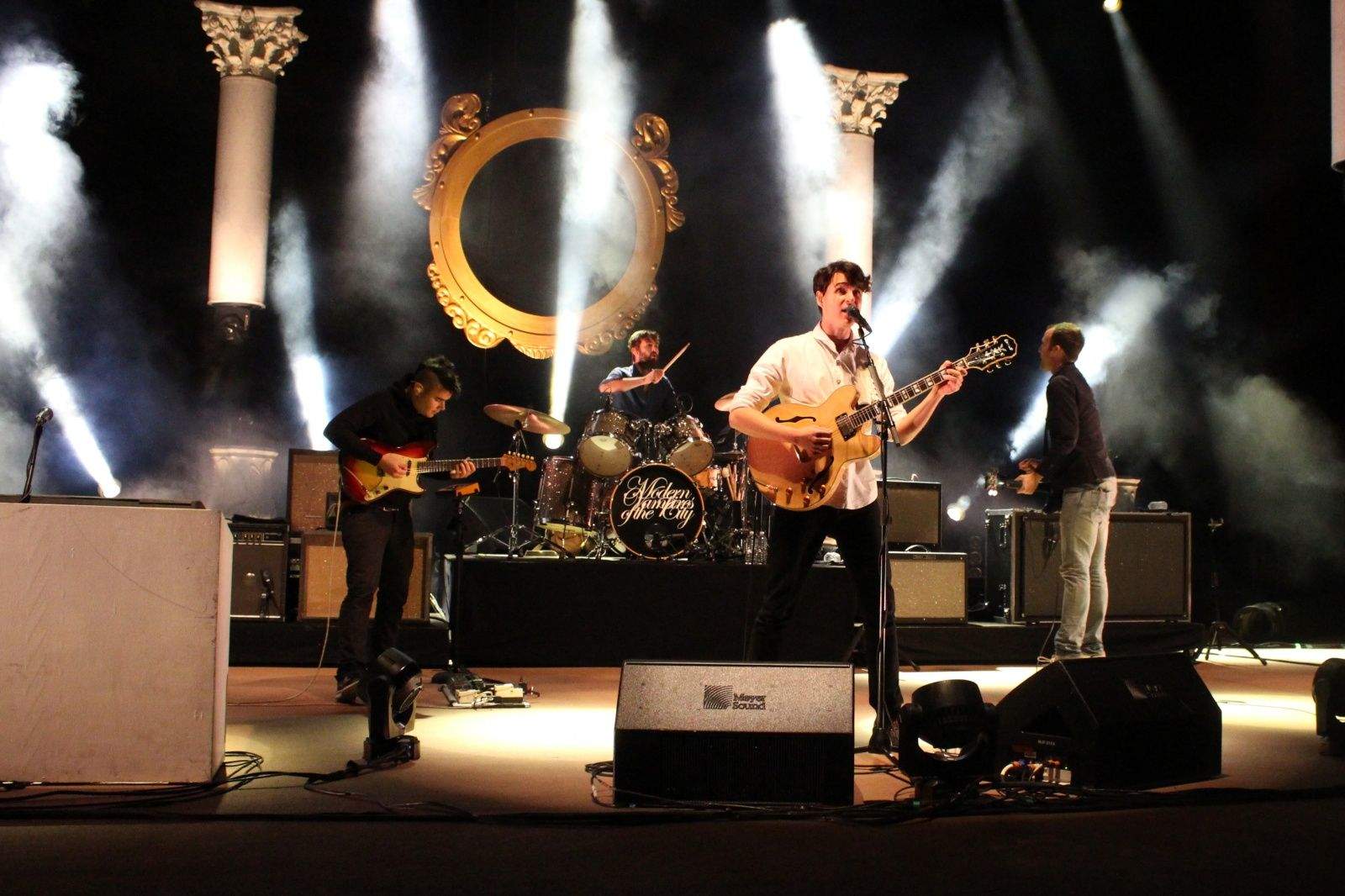 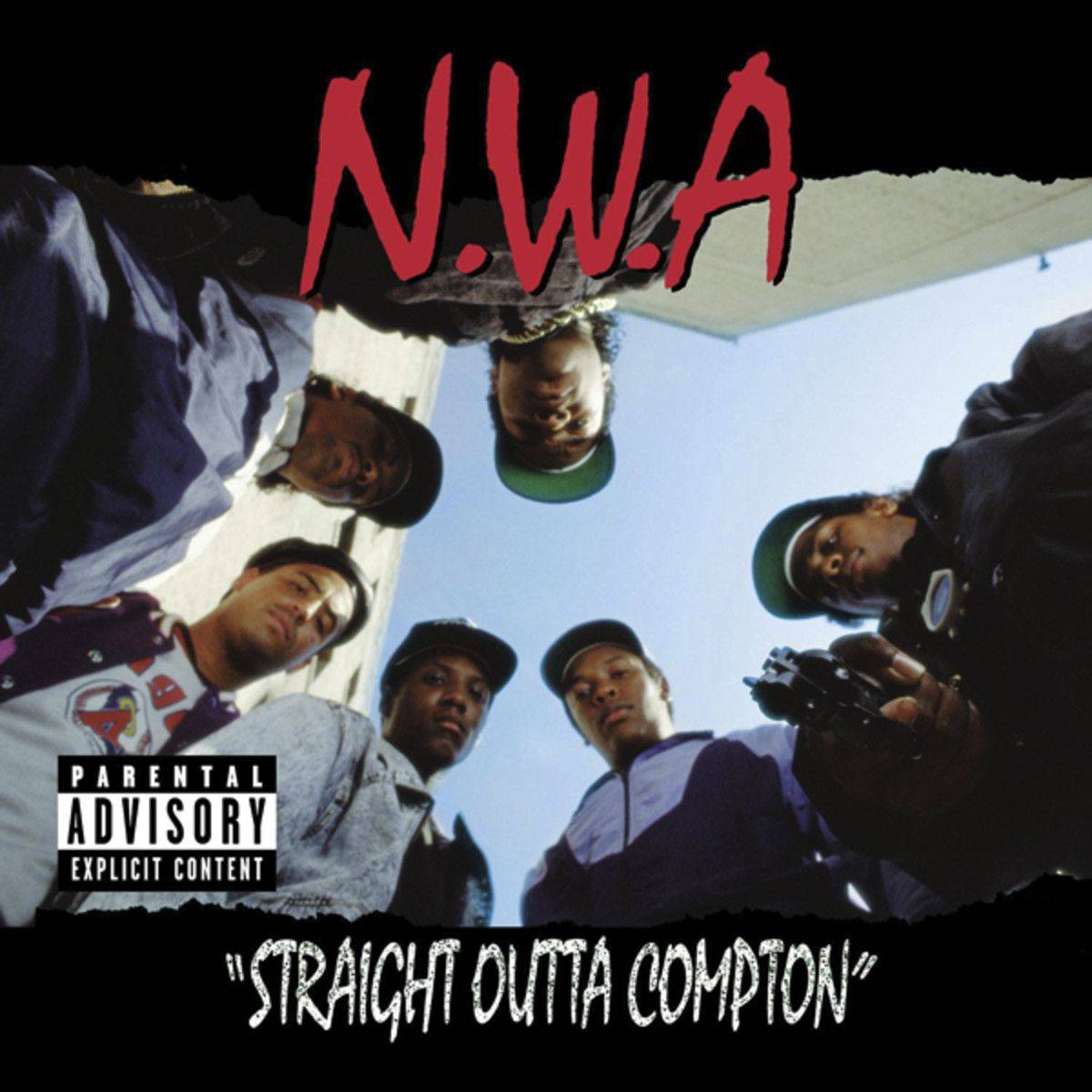 Every year since 2000, Apple’s Worldwide Developers Conference has concluded with a huge concert called The Bash. This party brings the white and nerdy devs to the yard with bands like Barenaked Ladies (2008), Cake (2009) and OK Go (2010).

We’d like to see Apple switch things up this year. With the recent Beats Music deal still echoing down the halls of Cupertino, it’d sure be nice to see a group up on the Apple stage with a bit more street cred than, say, The Rippingtons (2001).

END_OF_DOCUMENT_TOKEN_TO_BE_REPLACED

The band, OK Go, known as much for its fabulously nerdy and complex videos as for its quirky and upbeat pop music, have made an app. Before you go, “meh,” and move on, thinking that this is another one of those record publishing tie-in apps that, really, no one loves but the publicist trying to push it, take a look at the video here.

Get it? These guys made the app. Ok, mostly guitarist Andy Ross, but the other guys certainly had a hand in the app. They definitely appear in the video above. Singer and bassist, Tim Nordwind, had this to say when we asked about the app.