Gear-shopping for your favorite outdoors-loving friends and family members can be as daunting as trekking up Mount St. Helens as she’s about to blow. There are so many options — and so much crap! Nobody wants to waste money on a gift that’s not going to get used.

To help you out with your holiday shopping, we waded through the endless lists of camping and hiking gear and gadgets that came out in 2017. The goal? To find the perfect stuff your special someone will love.

END_OF_DOCUMENT_TOKEN_TO_BE_REPLACED

Going gear-shopping for your favorite outdoors-loving friend or family member can be harder than trekking up Mount St. Helens as she’s about to blow. There are so many options, but so much crap.

To help you out with your holiday shopping, Cult of Mac waded through the endless lists of camping and hiking gear and gadgets to find the stuff your special someone will love.

Whether you’re looking for something for an adventuring buddy, or picking a present for someone you’d never want to be trapped in a tent with, we’ve found gifts for everyone. From hiking clothes to campsite gadgets, we’ve got you covered.

END_OF_DOCUMENT_TOKEN_TO_BE_REPLACED
FULLSCREEN
The week's best gadget announcements, rolled up into a nougaty gallery.

The BaseCamp is the family-size version of BioLite’s iPhone-charging camping stove. Like its little brother, the BaseCamp burns any fuel you find (wood is good) and uses the heat to power a USB charger and drive a fan. The fan pumps air into the fire and makes it burn hotter and faster. The BaseCamp version adds a grill on top for those off-the-grid BBQs. $300

Picard’s German-made Latthammer (or carpenter’s roofing hammer) is 600 grams of hot, hot nail-starting action. Slot a nail into the groove up top, whereupon it will be held in place by a magnet. Whack it against your target chunk of wood and the nail is started without ever putting your fleshy fingers in harm’s way. It even comes with a beautiful leather grip. €70

The dorkitudinal Lifelogger is an alway-on POV camera that looks like a Bluetooth headset, the large camera unit counterbalanced by a headband that wraps around from ear to ear. The eye-level mount means you always record what you’re looking at, but it also makes you look like you work in a call center. Available December. $249

TYLT's Energi Travel Charger 2K is a regular USB wall charger, only it packs a built-in 2,200mAh battery and comes in at the same price as most regular (battery-free) chargers. The fold-out prongs let it sleep safely in your bag until needed, and the colored LED indicators tells you how much is left in the tank. I wonder why all chargers aren't this clever. $30

Supermechanical’s Range thermometer looks as good as the beautiful (universal) app it works with. It’s a food-probe thermometer that comes in two models – one long and rounded, for sticking into cooking pots, and one short and sharp, for jabbing into meat. Both plug into your iPhone’s headphone socket, letting you set temperature alerts, check graphs and look up USDA temperature recommendations. $70

Satechi’s LightMate is what would happen if Jedis carried iPhones. The lightsaber-shaped emergency LED light can work as a lamp or, if you remove the “saber,” as a flashlight. It’s waterproof, is designed to smash car windows (for escape, not for burglary) and the (swappable) lithium-ion battery can be used to juice your iPhone via its USB port. $30

Imagine a sardine can made into a camera. Well done – you just imagined La Sardina, a plastic camera based on the classic sardine tin. Lomography's wide-angle shooter is so DIY it comes with a screwdriver to help customize it. The lo-fi Lomo film camera now comes in pretty versions with decorative skins, like this Bird of Paradise “dress.” Get ready for summer. $109

Photojojo’s Power Purse is a place to protect your phone and also provide portable power. It works like a regular clutch purse, only it has a secret 2,600mAh battery inside to recharge your iPhone on the go. We all have a friend who leaves the house with their iPhone at like 15 percent every frickin’ day. If that friend is into pink or polka dots, you should buy him/her this as a gift, if only for your own peace of mind. $49

This Tower of power extends outlets from the floor and puts them up by your desktop. It packs two 2.1A USB ports plus four regular power outlets with circuit breakers, and the base is weighted to stop it from tipping over. There’s even a little plastic mesh pocket to keep your iPad safe while it charges. $99 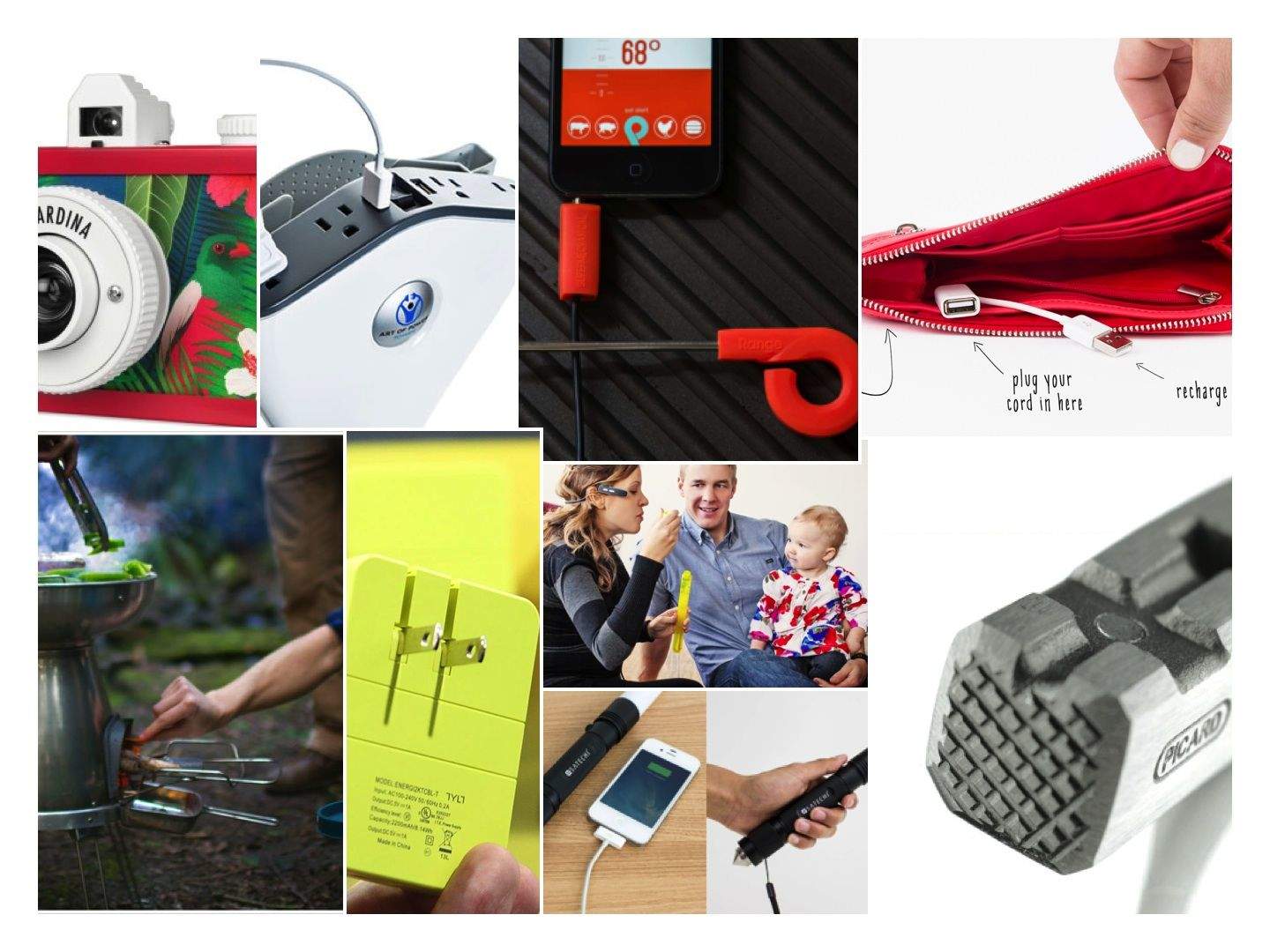 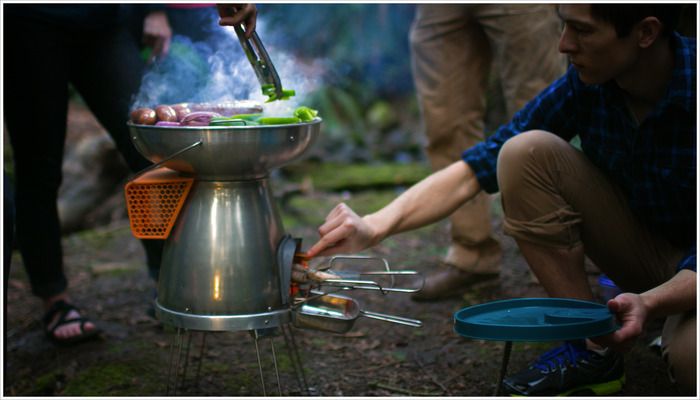 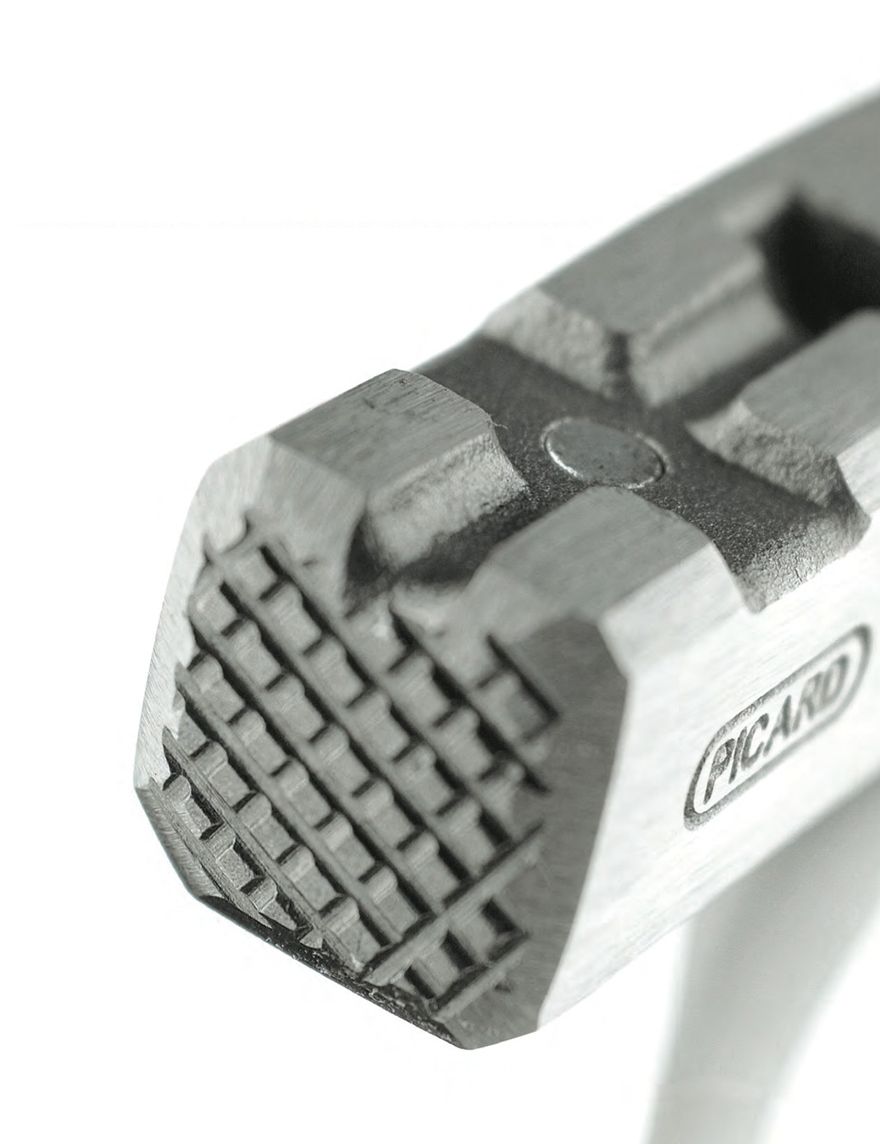 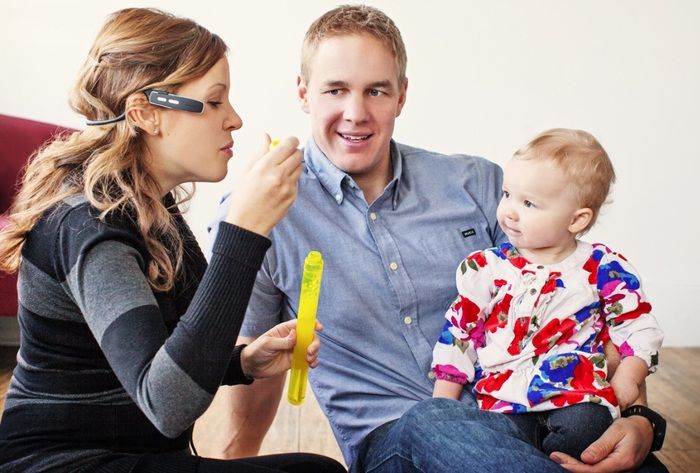 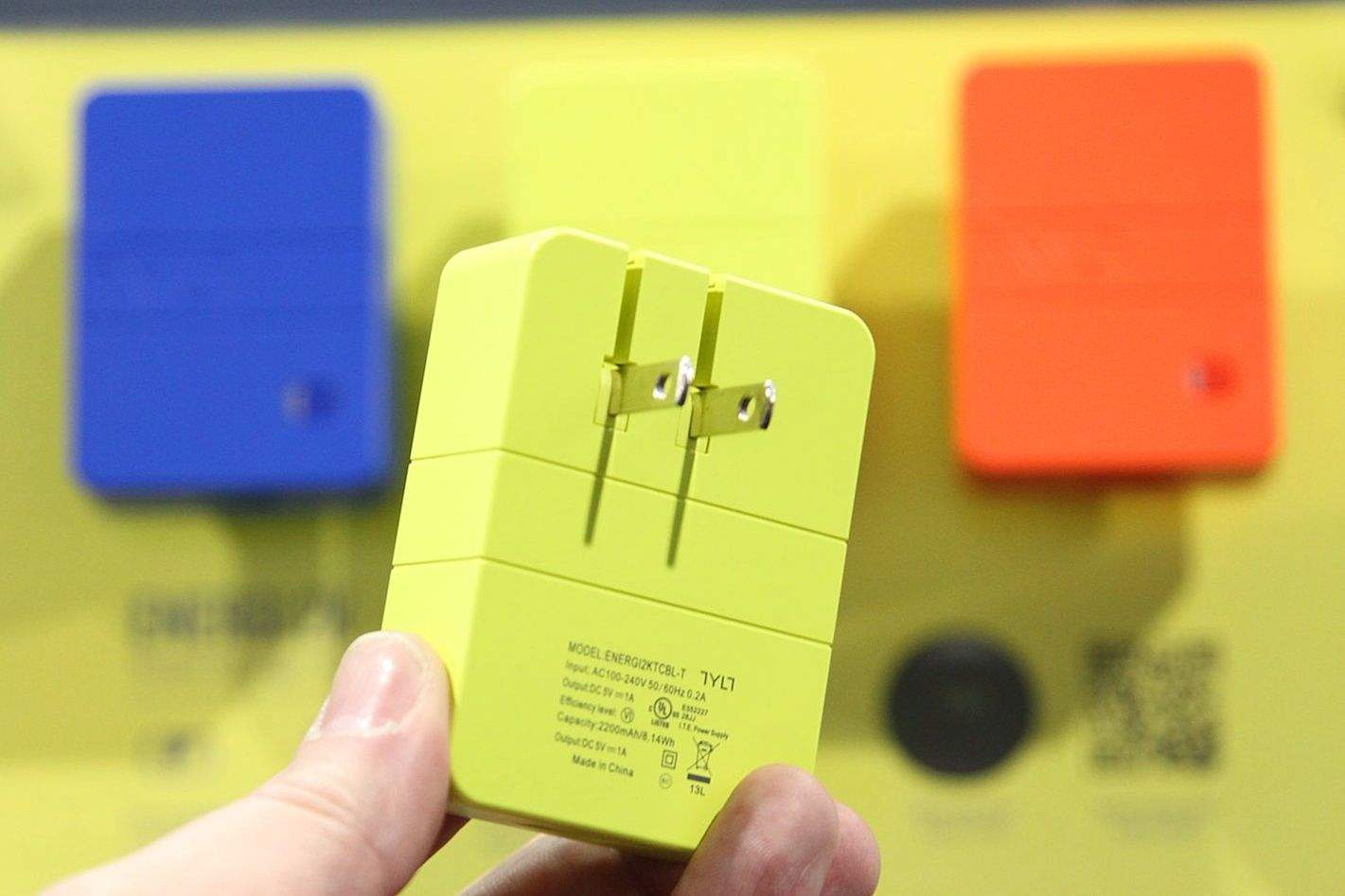 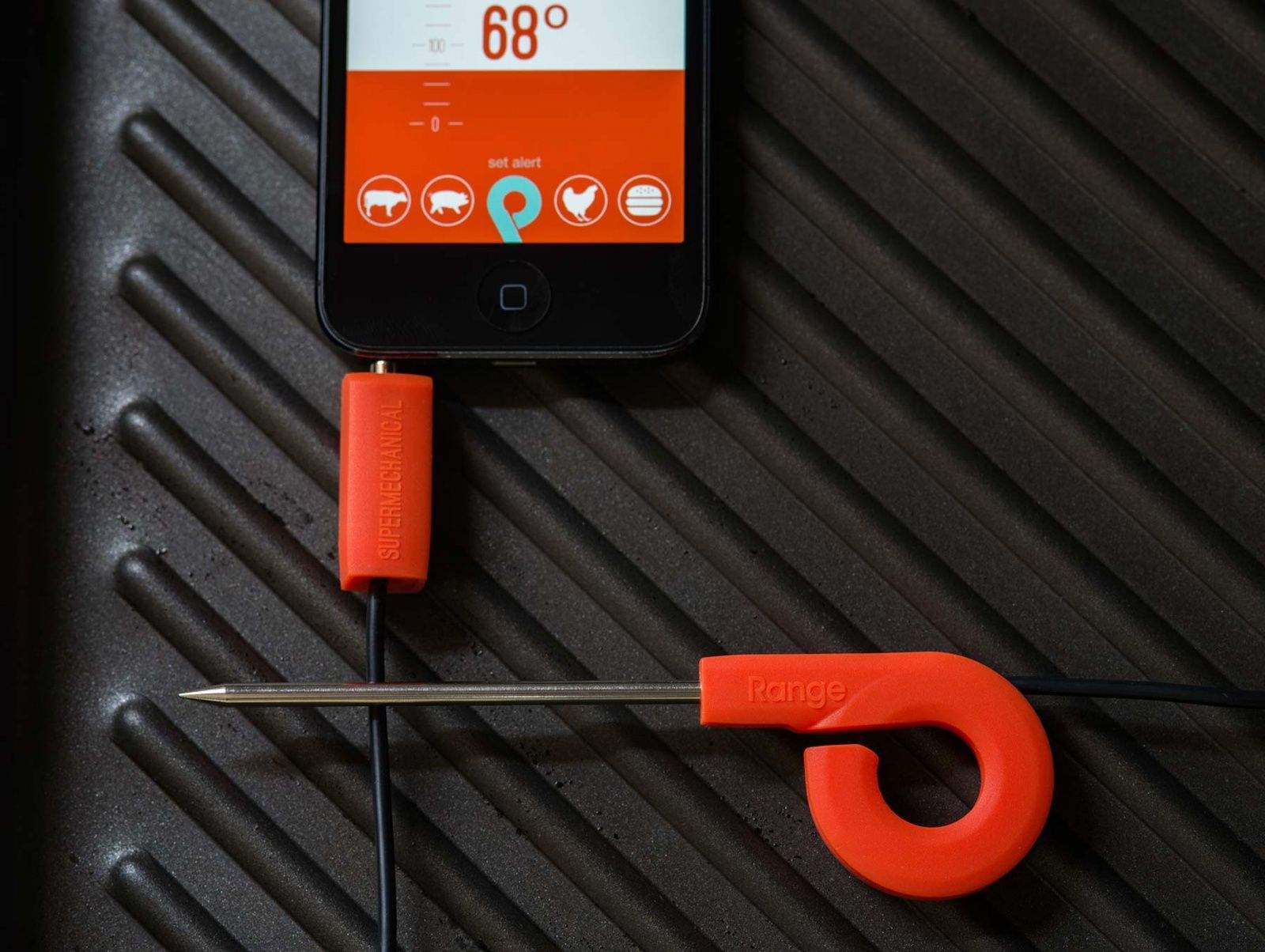 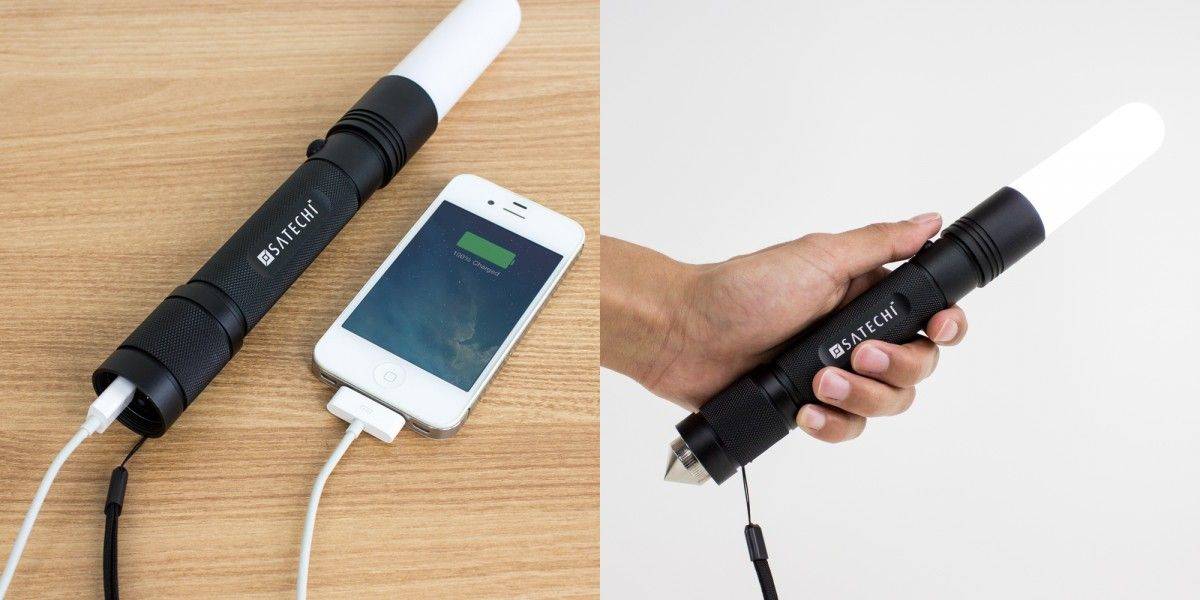 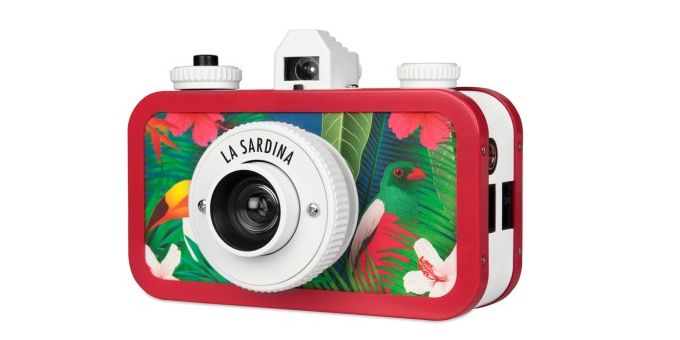 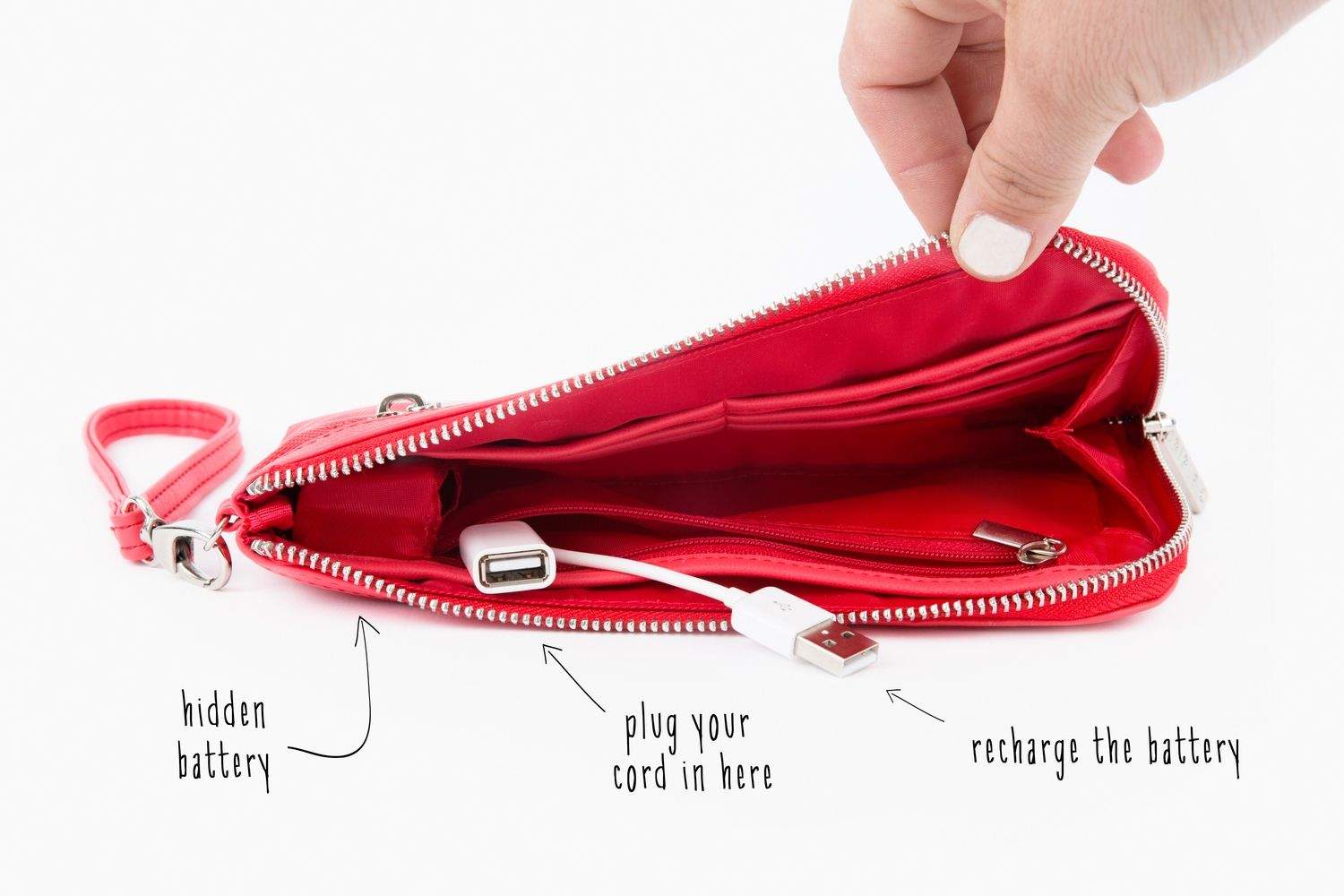 Cooking, charging, camera-ing and generally staying out-of-doors are the themes this week. But if you are stuck inside out of the sun, don’t worry – we have you covered too.

This week we get cooking with a gadget-charging camping stove and a slick, iPhone-friendly food thermometer. We also do DIY projects (without tenderizing our thumbs) with the German Latthammer, charge our flagging phones with a purse that packs a built-in battery, and record everything using the super-dorky Lifelogger camera. Is the sun shining? Yes it is!

I hate camping. I don’t see the appeal in sleeping in a cold, damp tent, with no access to a shower or electricity. Once your iOS devices run out of battery, what is there to do?

Well, with the BioLite, they won’t run out of battery, because you can charge them by burning almost anything you can get your hands on, including twigs, sticks, leaves, pine cones, or your best friend’s favorite book.

END_OF_DOCUMENT_TOKEN_TO_BE_REPLACED

Going camping this spring? And by “camping” I mean hiking or biking with your home on your back, and heading out into the wilderness. I don’t mean loading up your SUV and dragging a grill, a tent the size of a European house and enough ball games to keep an entire schools-worth of kids occupied for a month.

So, if you’re heading out under your own power, how about taking a stove that a) requires no liquid fuel, b) burns fast and hot and c) charges your iPhone? What’s not to like?