The iPad Air lineup hasn’t been updated since October 2014 but that is finally set to change on March 21st when Apple is expected to unveil a new 9.7-inch iPad that will undoubtedly be the best tablet to ever come out of Cupertino.

Thanks to a flurry of rumors and leaks over the winter we have a pretty solid idea what Tim Cook and company will reveal when Apple loops us in at 1 Infinite Loop. If you want Apple’s first keynote of 2016 to be a surprise, stop reading now.

Here’s everything to expect from Apple’s new iPad:

Common sense and basic math might deceive you into thinking the successor to the iPad Air 2 would be called the iPad Air 3, however 9to5Mac claims the new iPad might be put under the iPad Pro brand instead.

That might be a bit confusing to consumers at first, but it’s similar to the way Apple keeps MacBooks with two different screen sizes under the MacBook Pro and MacBook Air lineups. The iPad Air 2 will hang around for a while, but it looks like Apple’s ready to completely kill the ‘Air’ suffix from both the MacBook and iPad product lines.

The 9.7-inch iPad Pro will look pretty much exactly like its 12.9-inch older sibling that was released last year. The smaller iPad Pro’s dimensions are almost exactly the same as the iPad Air 2 only slightly thicker, according to a schematic that leaked earlier this year.

Other notable design changes will include four speaker audio on the edges, just like the iPad Pro. There’s a hole for a Smart Connector too that will enable users to attach a Smart Keyboard. Apple is also adding a rear flash which will be the first for an iPad. 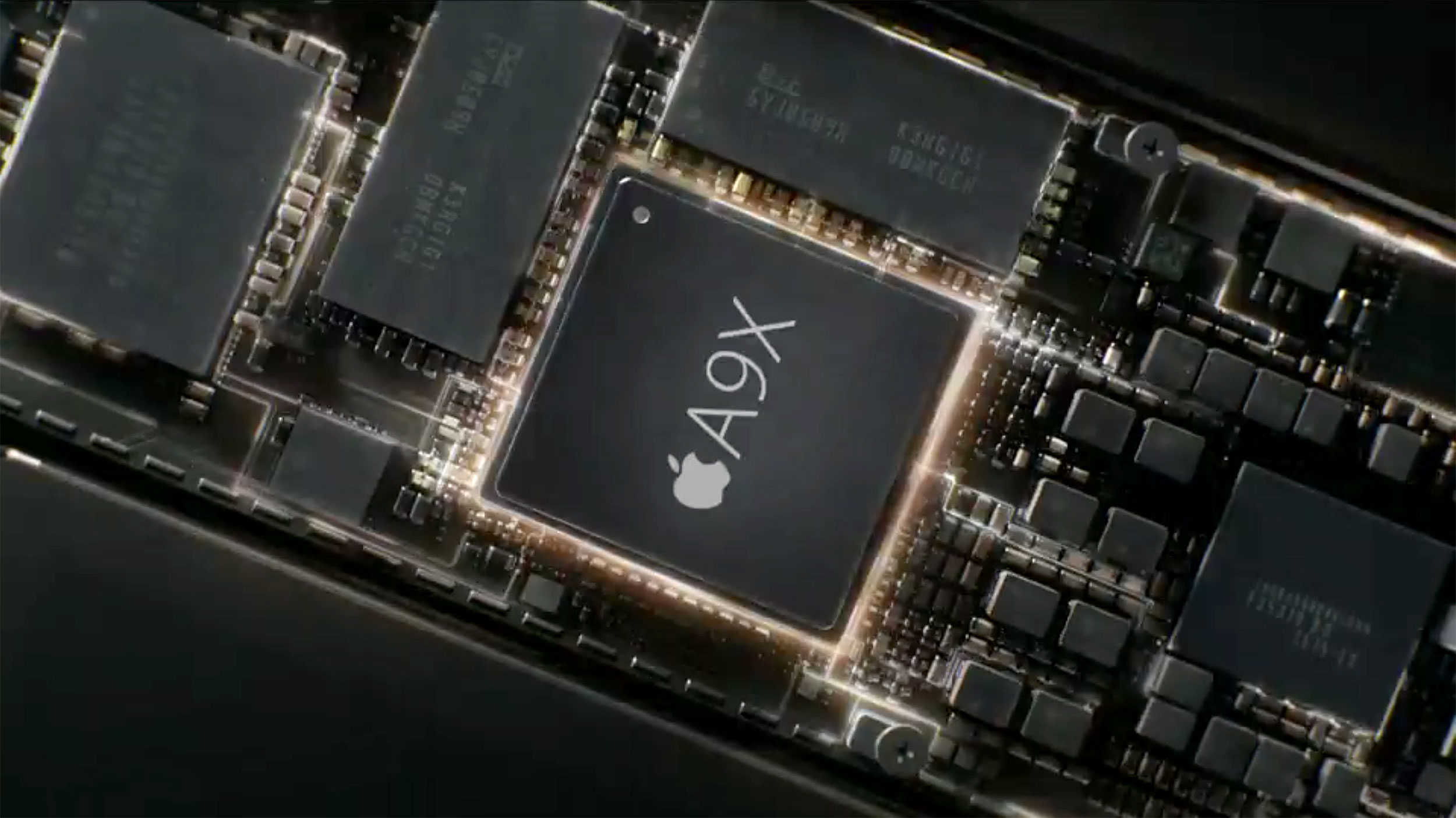 The new display on the 9.7-inch iPad Pro could be truly impressive based on early rumors. Chinese leakers claimed Apple might boost the pixel density to 401 pixels per inch, up from the iPad Air 2’s 264ppi. That would increase the resolution to a mind-blowing 3112 × 2334, making it better than the iPad Pro’s 2732 x 2048 resolution. That seems pretty unlikely though so we just expect some all around improvements to the LCD display.

Other rumors have claimed the display will be noticeably brighter than the iPad Air 2 thanks to new some new pixel technology. The display will also have a higher-refresh rate than previous models in order to support the Apple Pencil. 3D Touch is not expected to make an appearance yet.

As for the processor, Apple will include the new A9X chip with extra RAM identical to the setup on the older iPad Pro. It will also have the standard Apple iOS features like Apple Pay, Touch ID, Bluetooth 4.2, and a better modem than the iPad Air 2.

The new iPad Pro will be the best iPad ever for shutterbugs. Apple is throwing in the exact same 12MP camera sensor found on the iPhone 6s, which will be better than the 8MP sensor on the 12.9-inch iPad Pro. The sensor includes support for 4K video and 240FPS slo-mo. The company is also including a rear flash to help in low-light situation.

With the addition of a Smart Connector, the new iPad Pro will be the smallest tablet yet to support the new Smart Keyboard. Third-party accessory makers will also be able to take advantage of the Smart Connector to offer keyboards and other accessories. Support for Apple Pencil is also expected to be included.

Instead of starting with a baseline storage of 16GB like the iPad Air 2, the smaller iPad Pro is likely to start at 32GB, with the option to upgrade to a 128GB model. Space grey, gold, rose gold and silver will probably be the only color options, but Apple’s invite could be hiding some secrets that didn’t make it into the rumormill.

Because the 9.7-inch iPad Pro is expected to include some major performance improvements over the iPad Air 2, the price tag will probably be higher as well, but not quite as much as the 12.9-inch iPad Pro. The 64GB iPad Air 2 costs $599, so it seems reasonable that a 32GB 9.7-inch iPad Pro will start somewhere around $550 or $600, with the 128GB units costing $100 more.

The iPad Pro could go on sale immediately after the event with units hitting stores by March 25th, if not earlier.