But if you were hoping to see some shiny new hardware unveiled at today’s event, you were in for some big disappointments. Apple is doubling down on its software game. And even though they didn’t have any new physical toys to show off, Tim Cook and company still managed to pull out some big surprises.

iOS 12 gets a speed boost

The star of today’s keynote was undoubtedly Apple’s iOS 12 preview — and for good reason. Apple is making some big under-the-hood changes to improve performance across the board.

iOS 12 will work on all iPhones and iPads that can currently run iOS 11. That will make it the most widely supported iOS update Apple ever released. Not only will you get to enjoy the speed boost, but iOS 12 will bring some sweet new apps and some unexpected tricks when it lands this fall.

Among all the new iOS 12 features, Siri Shortcuts packs the most potential to change how you use your iPhone. With Shortcuts, Siri can perform all kinds of complex actions when you utter simple commands.

For instance, if you tell Siri, “I lost my keys,” Apple’s AI assistant can use the Tile app to locate them automatically. If you tell Siri you want to go surfing, it’ll fetch the surf report, the weather forecast, driving directions to the beach, and more — all with one command.

What’s more, Apple is giving users the ability to create their own Siri Shortcuts. You can teach Siri to carry out a bunch of different actions triggered by custom commands. It’s a lot like Apple’s Workflow app on iOS, except you use your voice instead of buttons.

There have been rumors for years that Apple is going to merge iOS and macOS, but Apple officially killed that news today.

No, Apple isn’t combining iOS and macOS. However, Apple offered a sneak peek at a coming technology that will bring some iOS apps to the Mac. The Mac’s app offerings have suffered ever since iOS came around. So, porting some apps over could make a lot of sense — and help developers.

How will Mac tap into the massive universe of iOS apps? Currently, porting an app is hard, acknowledged Apple software chief Craig Federighi. So, Apple is going to start testing running its own iOS apps on Mac, starting with things like Apple News and Stocks. This capability will extend to devs next year so they can start bringing their own third-party iOS apps to Mac.

The fight against digital addiction

iPhone addiction has become a real problem, apparently. With the new Screen Time app in iOS 12, Apple is hoping to provide some relief. Screen Time lets you see exactly how much time you’re spending on your iPhone, and what you’re using that time for. It’ll tell you how often you use an app and how many hours you’ve spent inside it each day.

Screen Time also lets you specify how much time you can spend inside an app. If you’re wasting too much time on Facebook, you can give yourself a one-hour time limit each day. Then, Screen Time will tell you when you’re getting close to the end.

When you hit your limit, Screen Time will prevent you from seeing the app. You’ll need to choose to ignore your limit if you want to continue using the app. And don’t think about picking up your iPad instead — Screen Time limits sync across all your iOS devices.

The Mac finally gets some love

The last few macOS updates have been lackluster in terms of new features, but macOS Mojave changes that. macOS Mojave looks better and brings a ton of simple but useful features you’ll love.

First, there’s the sexy new dark mode and Dynamic Desktops that change throughout the day. And, to help you stay organized, Apple is introducing Stacks. These Stacks can be created to pile files in a column on your desktop, which you can then open and explore.

The Mac App Store is finally getting the complete redesign it’s needed for years, too. The emphasis is on discovery, with a series of new tabs offering curated selections according to what you might want to use them for.

There’s a new screenshot toolset that makes it faster to make small changes and add them to a project. Finder got some nice updates as well, with a new Gallery View that gives you a large preview for each image as you scroll through, along with various Quick Actions for editing the files without having to open them.

The Mac also got a bunch of new apps. Home, Apple News and Stocks are all coming to the Mac this fall.

Animoji lovers are going to go crazy for Memoji. They’re just like the iPhone X’s Animoji, only you can customize them to look just like you (or anyone you want, really). Combined with Animoji’s new tongue-detection technology, Memoji are poised to become your favorite new iOS 12 feature this fall — assuming you’re running a device that offers Face ID. Otherwise, you’ll mostly be wishing you were..

Apple’s all about privacy, just in case you hadn’t heard. To stop companies from tracking you online, Apple’s introducing a plethora of smart under-the-hood features in Safari that should make it much harder to monitor your online activities.

One of these is a smart way to stop “fingerprinting,” which refers to the way that companies can drill down on your data by finding the unique characteristics of your device that define you as, well, you. Safari will give data miners only stripped-down info like system configurations, installed fonts, etc., so your basic Mac setup will look like loads of other basic Mac setups. So long, personally identifiable data!

Apple also demoed its new Measure app, which lets you measure pretty much anything by selecting start and stop points. Lego demoed its new ARKit app, which looks like a mix of Minecraft and The Sims with augmented reality laced in. The app can detect your physical Lego set, then let you add stuff to it digitally. You can play with four friends in the same space. 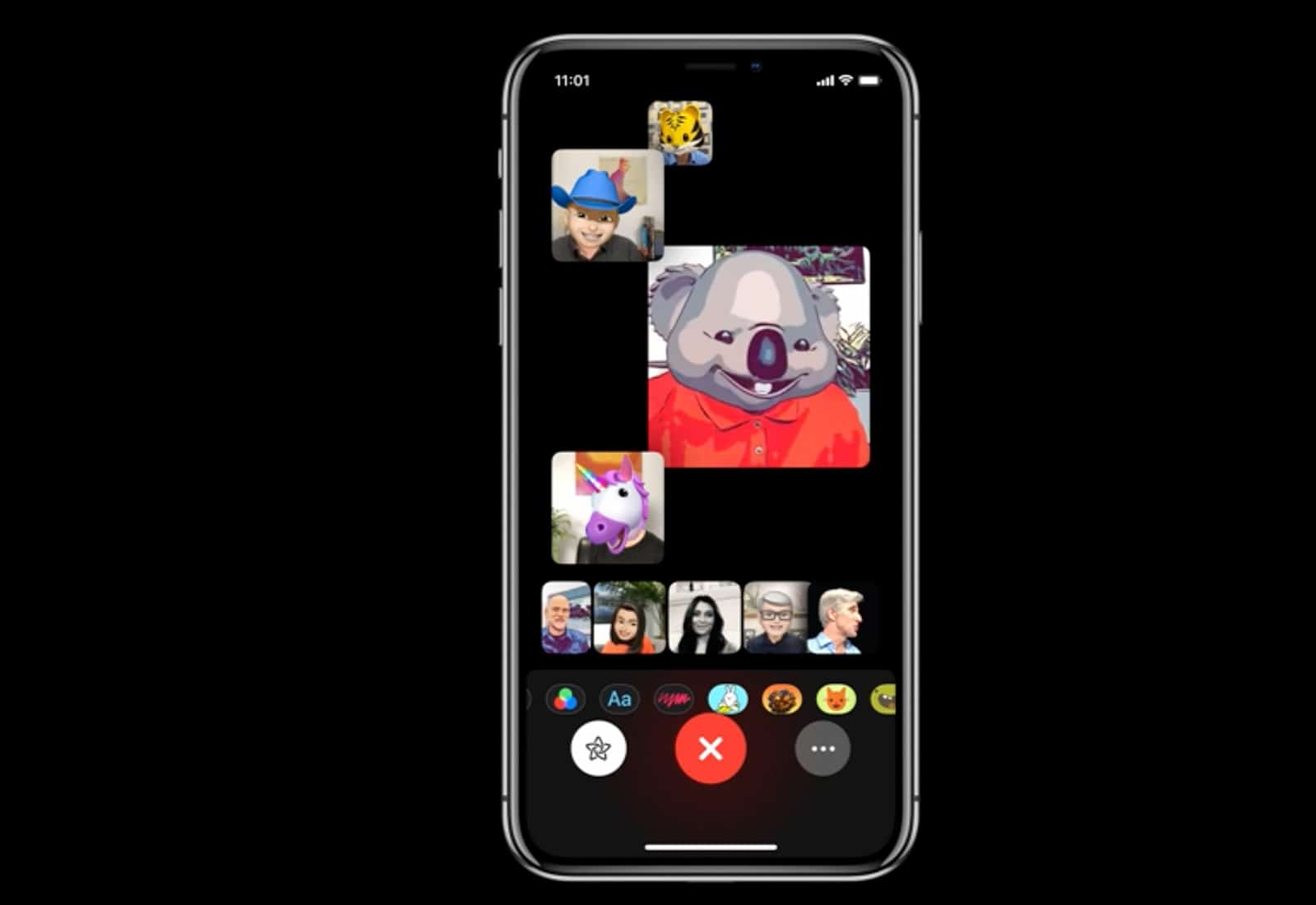 I hate getting FaceTime calls. With the new iOS 12 updates, though, it looks like it’s going to be a lot more fun to use. Group FaceTime is now a thing and you can add up to 32 people on one call. If you hate seeing your face on the screen, there’s an option to add Animoji and other stickers to hide behind.

Hardware got the cold shoulder

WWDC is usually always focused on software, with hardware rarely making an appearance at the keynotes. This year, Apple didn’t announce a single new product, despite the rumor mill claiming for months that something was going to come out.

No new HomePod. No iPhone SE 2. And no new MacBook Pro or any new Macs. Cook said up front that the WWDC 2018 keynote was going to be all about software, and he wasn’t lying.