Developers received an early look at iOS 11 today, Apple’s next big update for iPhones and iPads that adds a host of new features and user-interface changes to make iOS devices better than ever.

“Today we’re going to take the world’s best and most advanced operating system and turn it up to 11,” said Tim Cook.

iOS 11 contains some of the most significant updates to the operating system since it was overhauled in iOS 7 with a new look. Not only is Apple adding a ton of new features and UI changes to the iPhone and iPad. The company is also making its first big steps into augmented reality and machine learning.

Siri got some big updates, one of the most noticeable to users will be its new female and male voices that sound more natural. It packs a new translation feature that will work with English to Chinese and five other languages. SiriKit can do more than ever too.

In iOS 11, Siri uses on-device learning to bring up topics and notifications that you might be interested. What’s learned on the device is synced across all devices so that Siri is more personalized just to you.

The Camera app on iOS 11 has been updated with a new video compression format that will use lets storage on your device without reducing quality. With new machine learning features, the Photos app now creatures more intelligent Memories that curate your video and photos into short videos you can watch.

There are a number of new filters that can be applied to Live Photos. You can now turn the short moving images into a Boomerang-type photo. Another option lets you turn Live Photos into long exposures by stacking all the pics on top of each other. 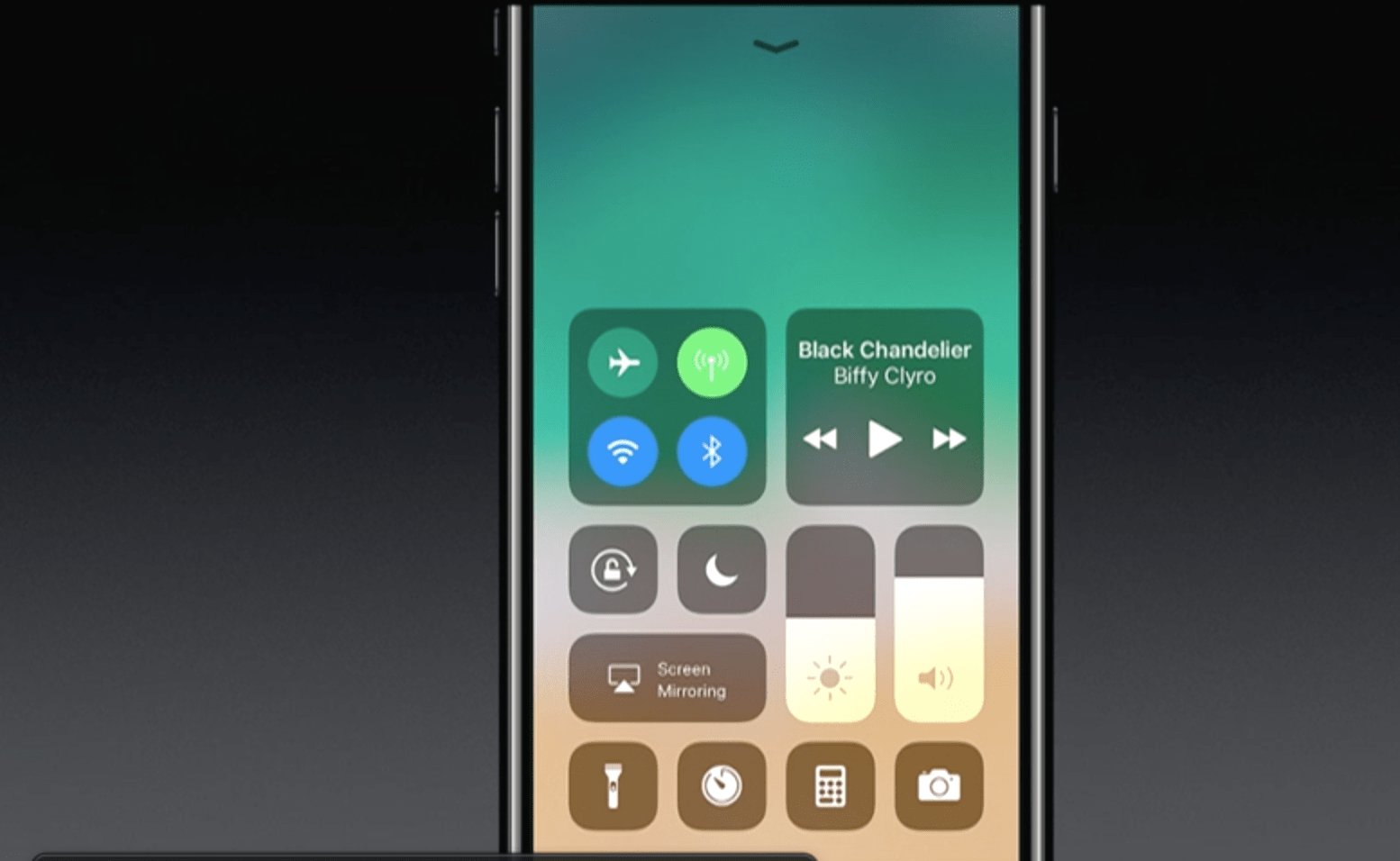 Control Center in iOS 11 is now a single page that is full of simple switches, music data, volume controls and other switches. 3D Touch makes the Control Center feel more fully featured by offering extra options when you hard press on certain controls.

The Lock Screen and Notification Center are now merged into one screen. You can swipe down from the top of your device to go back to the Notifications and view them individually.

Productivity features received a much needed boost with Apple unveiling a new Files app and Drag and Drop feature that will help streamline workflows. 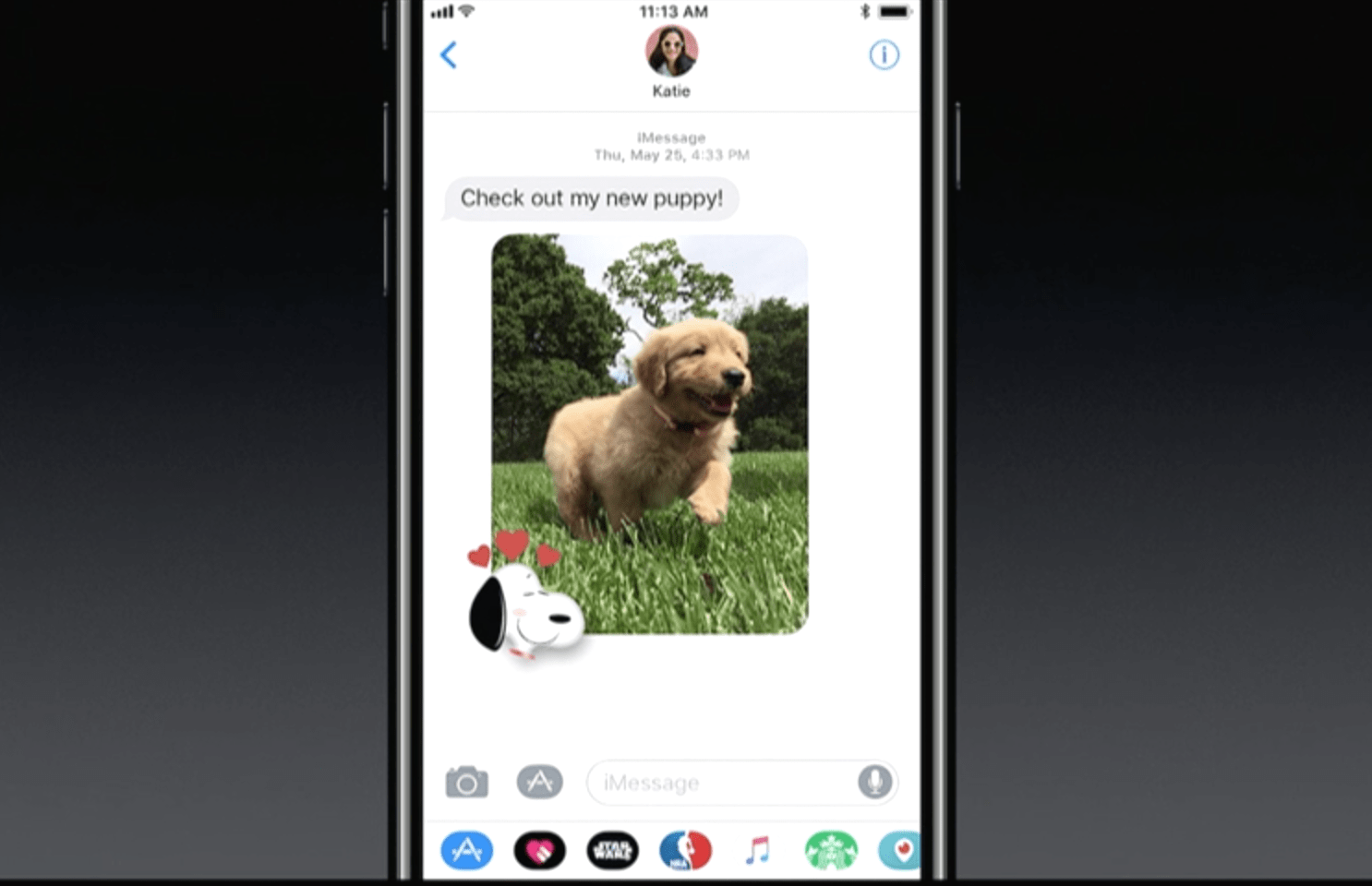 Messages gets a fresh coat of paint with a redesigned app drawer that makes it easier to find your favorite stickers. Conversations are now automatically synchronized across all of your Macs and iOS devices.

Apple Pay also got a big update with the addition of person-to-person payments. You can now use iMessage to send somebody money. If you receive money, it goes to an Apple PayCash card. Funds can then be transferred to your bank.

Maps are getting better with new indoor maps for malls and airports. Navigation now shows you your speed limit and lane guidance. A new Do Not Disturb While Driving feature will keep users eyes on the road by automatically detecting when you’re driving and turning off the iPhone’s display. 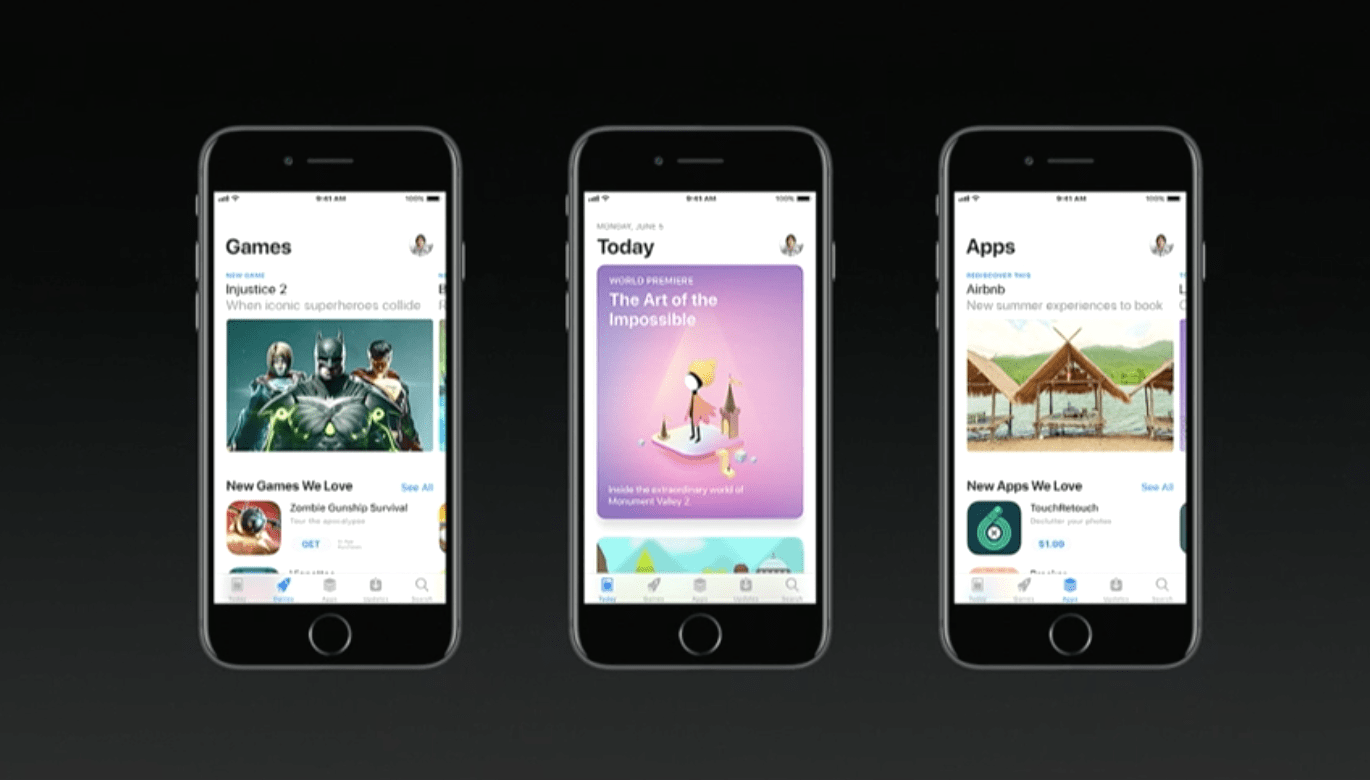 With the App Store turning nine years old, Apple decided it was time to bust out some big changes for developers and customers. The app has been completely redesigned to have a simplified UI that looks a lot like Apple News and Apple Music.

Now when you visit the App Store you’ll see five tabs: Today, Games, Apps, Updates and Search. When you open the app, you’ll see a recommended list of apps in the Today tab.