iOS 12 is out now, and you probably already downloaded it and installed it on your device. But what does the new version of iOS actually do? Apple introduced Screen Time, the great new Do Not Disturb, and the powerful Siri Shortcuts at the WWDC 2018 keynote in June. But until you dig into them, you won’t have an idea how great these new features are, along with many more.

There are also plenty of tweaks to Safari, some great new security features, Bedtime and even a couple of new Apple apps (on the iPad at least).

Here’s everything you need to know about iOS 12 and how to take advantage of all its new features.

Click any of these links to read the corresponding section.

This is the big one. In this post, you can read about the problems with iOS betas, how to make a proper backup so you can restore your iPhone to its current pre-beta state, and how to do the actual install (spoiler, it’s really easy).

How to downgrade to iOS 11.4 after installing the iOS 12 beta

There’s an awful lot of coverage of iOS 12 out there at the moment, including early reviews, lists of all the new features, and tutorials that show you how to install the beta. But what if you’re already running iOS 12 and you deeply regret upgrading early? How do you downgrade to back to iOS?

Here’s a look at all the new features Apple added in the new iOS 12 beta 2, from the improved Screen Time to a fancy Voice Memos splash screen.

Will your devices run iOS 12 or macOS Mojave?

Will your Mac, iPad, or iPhone run Apple’s newest operating systems? Find out which devices work with iOS 12, and macOS Mojave.

The first iOS 12 developer beta is here! In our latest video, we walk you through all the new new in iOS 12 features, like Screen Time, Siri Shortcuts and Memoji. We also show you all the little tweaks that add to the experience. 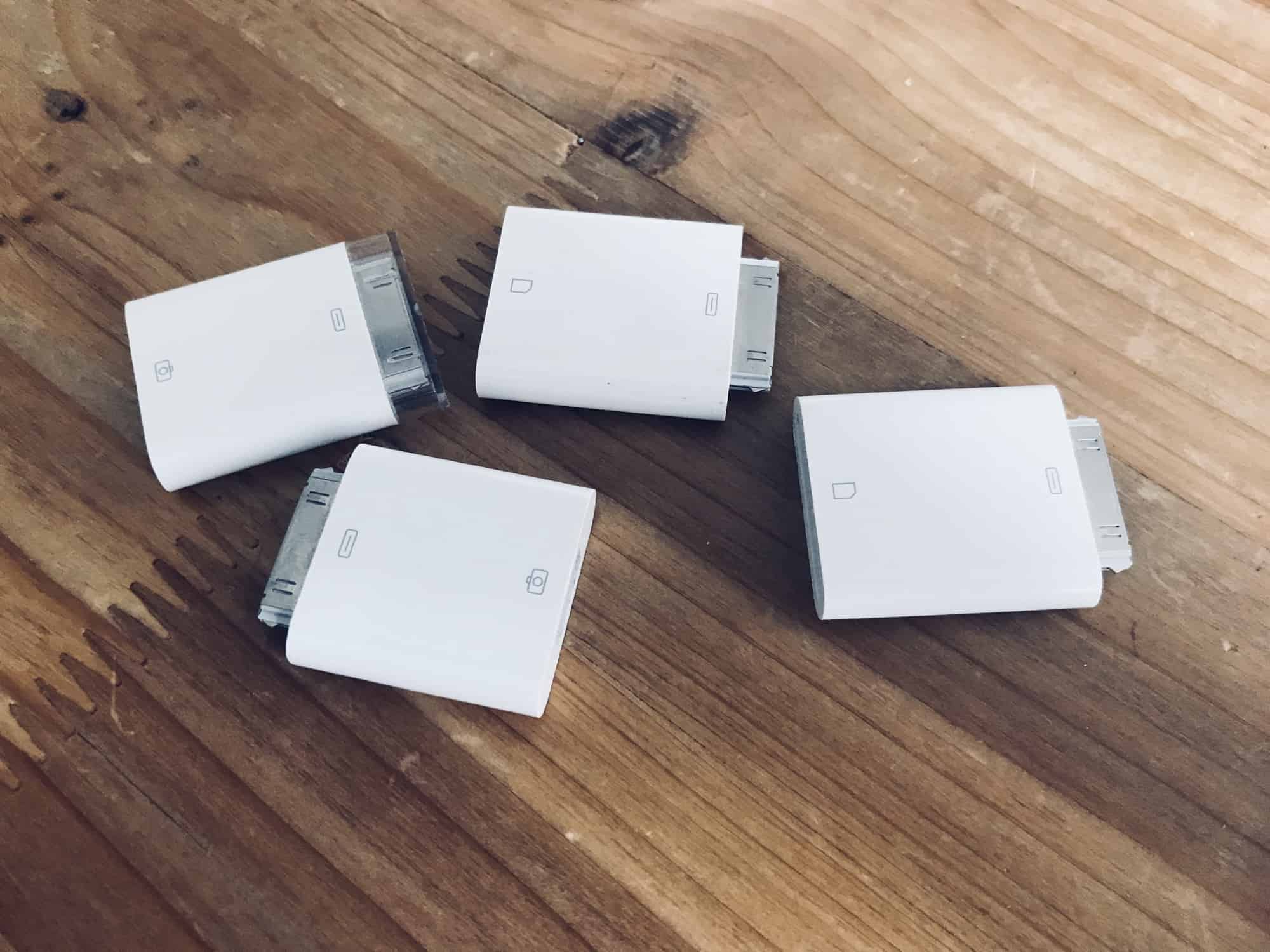 The iOS 12 photos app is much better at importing photos from SD cards and cameras. Here’a a look at what’s new.

How to use Photos’ amazing new search in iOS 12

iOS 12 adds super-powerful search tools, that are even easier and quicker to use than the current search. Let’s see how to use it.

iOS 12 does a significantly better job of identifying the edges of a subject. It even highlights individual hairs, which was almost never possible under iOS 11.

iOS 12 adds a dedicated QR Code scanner that can be accessed from the lock screen using a Control Center widget. Here’s how to use it.

The iOS 12 photos app is much better at importing photos from SD cards and cameras. Here’a a look at what’s new.

How to share Dropbox-style links in iOS 12 Photos app

iOS 12 beta 3 adds Dropbox-style sharing links to the Photos app, so you can share links to single images, of groups of photos. Here’s how it works.

How to use Apple’s new Shortcuts app

The new Shortcuts app is pretty much an exact clone of the or Workflow app, with a lick of paint and some really neat new actions.

How to add your own Siri Shortcuts right now

Siri Shortcuts are already very useful in iOS 12 beta. Here’s how to make your own, right now.

How to use iOS 12’s new Do Not Disturb features

Do Not Disturb’s best new iOS 12 features are accessed right from Control Center. Here’s how they work.

Despite its name, iOS 12’s Do Not Disturb at Bedtime can be used to hide stressful notifications all day long, while still making them easy to check.

Everything you need to know about Bedtime for iPhone

Bedtime sends you to bed, wakes you up, and takes care of you in between. If you’re still using your iPhone’s alarm clock to wake you up in the mornings, you’re missing out.

How to use the new iPad gestures in iOS 12

The iPad gets lots of new and repurposed gestures in the iOS 12 beta. Here are all the gestures we could find, including some you may not have heard about yet.

iOS 12’s Markup tools have been tweaked to make them way more useful. You can adjust the thickness and opacity of pens and pencils, and use a brand-new color picker.

How to use the new iPad gestures in iOS 12

The iPad gets lots of new and repurposed gestures in the iOS 12 beta. Here are all the gestures we could find, including some you may not have heard about yet.

How to understand the amazing new battery info in iOS 12

The new iOS 12 battery-information screen is a massive improvement on the previous version. Here’s how to read and understand all the new charts.

iOS 12 is scary good at learning your schedule

Siri might still be annoying, but it has gotten a lot smarter in iOS 12.

iOS 12 brings trackpad mode to every iPhone and iPad

iOS 12 brings the amazing 3-D Touch trackpad mode to any iPhone that has a spacebar. Which is to say, all iPhones! Here’s how to use it.

Apple introduced new iOS 12 UI changes that let you interact with apps as they are opening and closing, saving users valuable seconds.

With Screen Time, Apple may change the way we interact with our devices. Instead of being controlled by addictive apps, or intrusive notifications, we can now easily choose how we use our own phones.

Instant Tuning is the new iOS 12 feature that lets you edit and switch off notifications, right from the notification itself. Let’s see how to use it.

IOS 12 brings the Stocks app the the iPad, which is fantastic news for Tim Cook, and perhaps a few other people.

How to use the amazing new iOS 12 Voice Memos app

In iOS 12, Voice Memos is a full-fledged audio recorder and editor app, useful for people recording interviews, and for musicians working on ideas. Let’s take a look around.

There are many reasons to look forward to Safari in iOS 12 and macOS Mojave. Here are six of them.

Apple has finally added tab favicons to Safari in iOS 12 and macOS Mojave, so you can actually see what tabs you have open. Welcome to the future. 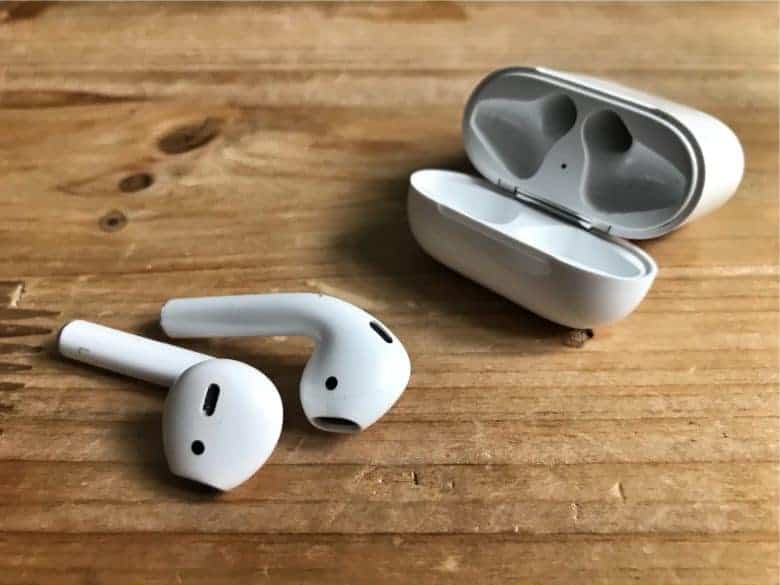 Live Listen lets you stream audio from your iPhone’s microphone to your AirPods, wirelessly. Use it to help you hear in noisy restaurants, or as an ad-hoc baby monitor.

How to use iOS 12’s Live Listen feature with AirPods

Live Listen lets you stream audio from your iPhone’s microphone to your AirPods, wirelessly. Use it to help you hear in noisy restaurants, or as an ad-hoc baby monitor.

iOS 12 is full of neat tweaks that make life easier. One is the ability to quickly share a saved password via AiDrop. Here’s how to do it.

iOS 12 automatically shares your location when you call 911

Apple is making it easier for iPhone users in the U.S. to be located by the emergency services with iOS 12. When the update rolls out to everyone this fall, users will be able to automatically and securely share their location data with 911 first responders to help reduce emergency response times.

iOS 12 is full of neat tweaks that make life easier. One is the ability to quickly share a saved password via AirDrop. Here’s how to do it.

iOS 12 lets you add an alternate appearance to Face ID. It’s meant to be your own face, but can it be used to add a friend or spouse?

iOS 12 can be set to partially deactivate the Lightning port after an iPhone gone to sleep, protecting it from physical hacking attempts.