If you want to get the absolute best tech support for your laptop, pay the Apple tax and get a Mac.

In the latest annual Tech Support Showdown rankings, Laptop Magazine has awarded Apple the number one spot for the third straight year. Apple beat out nine other companies, but it’s starting to get some serious competition from companies like Acer that are focusing more on online service.

Of all ten companies, Apple scored the highest marks for its online support, according to the analysts experts at Laptop Magazine. Researchers behind the survey went undercover by posing as everyday users on tech support calls to all of the companies to see how quickly they’re able to resolve issues.

Each company was asked three questions and received scores for both online support and phone support. Apple’s Twitter team earned high praise for its prompt reply within six minutes after a researcher posted a complaint on Twitter.

Apple received a score of 56 (out of 60) for its online support and a 37 (out of 40) for its phone support. Acer was the only company with a better online support score than Apple’s. However, it’s online support still lags behind the iPhone-maker’s. Check out the full report on Apple for an in-depth analysis on its tech support.

Here are the full rankings: 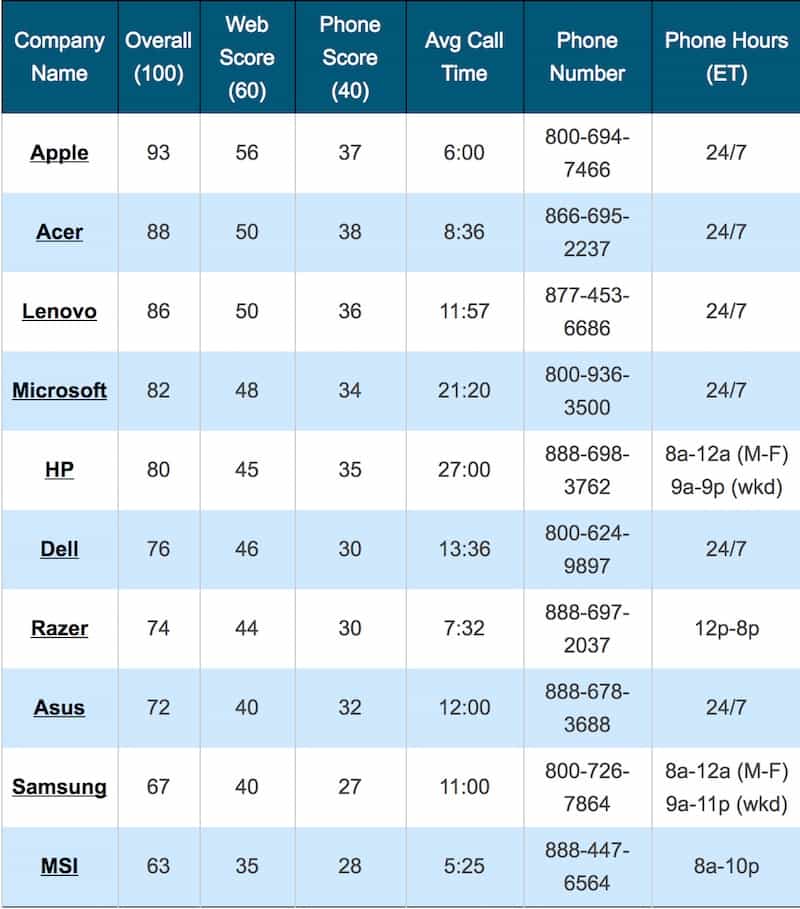