Apple is becoming a victim of its own success. It’s been several years since the company launched the iPad and revolutionized yet another product category, but we haven’t seen anything truly groundbreaking since then. Sure, we’ve had the iPad mini, the Retina MacBook Pro, and the awesome new iMac, but they’re all variations or improvements on existing products.

Now the world is clamoring for something completely new — something that’ll take off just like the iPod, iPhone and iPad.

Some reports suggest it will be the Apple “iTV,” the company first television set, which is said to be in development inside the company’s Cupertino headquarters. But it’s more likely that Apple’s immediate concern is with the “iWatch,” a smartwatch powered by iOS that will bring all kinds of crazy-cool technology to your wrist.

I had suspicions Apple might be working on its own watch when it redesigned the iPod nano last year. A lot of fans used the tiny nano as a watch thanks to third-party strap accessories, and it seemed like its form factor and design were changed for a reason — to make way for something new.

We’ve been reading iWatch rumors for the past few months, so it’s time to put them all together and establish what we think we know about the iWatch so far.

Apple Has A Lot Of People Working On It

According to a report from Bloomberg, Apple has “about 100 product designers working on a wristwatch-like device that may perform some of the computing tasks now handled by the iPhone and iPad.” That’s a lot of people working on one product.

Jony Ive may have started studying watch designs as early as the mid-2000s.

If the rumor’s true — and it comes from a pretty reliable news source — then it tells us two things: First, that the iWatch is currently a top priority for Apple, and that the company is throwing a lot of resources into making it incredible. Second, it tells us that Apple might be in a rush to bring the device to market. 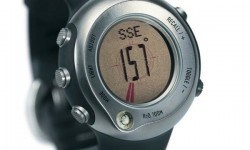 A seperate report from Business Insider, published in early March, claims that Jony Ive and his design team may have begun studying wristwatch designs as early as the mid-2000s. Ive ordered “a ton” of watches from Nike at the time, according to Scott Wilson, the company’s Creative Director.

“Well, he didn’t buy them. We just gave them to them as designer bro deals,” Wilson said. “He and others in the design group just requested them and we sent them a ton of Nike Presto Digital Bracelets and the aluminum Oregon Series Alti-Compass watches.”

Wilson added that Apple’s “materials guys” then began asking Nike “many questions on the materials and processes” the company used when making its watches.

It Could Launch This Year

Having thrown so many resources at the iWatch, it appears Apple might be looking to bring it to market as quickly as possible. According to a source familiar with the company’s plans, who spoke to Bloomberg back in March, Apple is hoping to launch it before the end of 2013.

Everyone’s waiting for something completely new from Apple.

Apple stock has slumped recently, and analysts have been calling for Apple’s next “big thing.” We’ll surely see refreshed iPhones, iPads, and Macs this year, but everyone’s waiting for something completely new.

If Apple can launch it this year, it’ll silence those critics who claim the company has stopped innovating, and that it has nothing new in the bag.

It Will Run iOS

The iWatch will almost certainly run iOS — almost every rumor we’ve seen can agree on that — but it’ll have its own version built specifically for its smaller display and its unique use case. It could have an interface much like that of the sixth-generation iPod nano’s. That means it’ll have its own apps and features, and that you won’t be able to install your favorite iPhone apps on it.

A recent report claims that former Adobe CTO and Flash advocate Kevin Lynch — who recently joined Apple — is now heading up the iWatch software division, which is said to be largely made up of former iPod engineers. 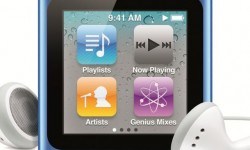 The iWatch is likely to be most useful when connected to another iOS device, such as your iPhone, via Bluetooth, which would allow it to bring your incoming notifications to your wrist. We anticipate that you’ll be able to see incoming calls, read text messages and emails, and view other alerts without taking your iPhone out of your pocket.

Due to the small screen size, however, some of this functionality could be limited. For example, while you may be able to read text messages and emails, it’s unlikely you be able to reply to them from the iWatch itself — unless you use your voice (more on this below).

The same could go for phone calls; you’ll be able to see them and you may even be able to initiate them, but you’ll likely have to use your iPhone itself for the call. That’s unless the iWatch has a headphone jack that you’ll be able to plug a headset into.

Siri integration would let you create reminders and calendar events, set timers, and find sports scores by talking to your wrist.

It’s possible the iWatch could offer Siri, Apple’s intelligent personal assistant, which would let you create reminders and calendar events, set timers, and find sports scores by talking to your wrist. Siri may also enable us to quickly reply to text messages which driving.

The issue here is that Siri requires a data connection to function, and it’s unlikely the iWatch will have one of its own — not only because there won’t be room, but because no one’s going to want to buy a data plan for their watch. This means that if Siri is available on the iWatch, you’ll only be able to use it when it’s hooked up to your iPhone.

It Will Have Maps And A Built-In Biosensors

Reports have also suggested that the iWatch will let us view Maps, which could make it even easier to quickly find places nearby. And wouldn’t it be awesome if we could get turn-by-turn navigation for walking directions on our wrist? You’d never have to walk around strange cities with your expensive iPhone in your hand ever again. 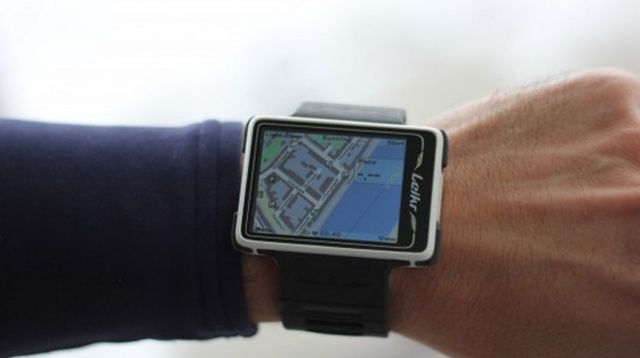 Bloomberg has also claimed that the iWatch will have a built-in pedometer for counting steps, and sensors for “monitoring health-related data, such as heart rates.” Coupled with the right software, these features could allow the iWatch to take over devices like the Jawbone UP or the Nike FuelBand.

Mark Gurman at 9to5Mac reported that the iWatch will be bristling with biometric sensors. Apple has been quietly hiring all kinds of biosensor engineers from companies like AccuVein, C8 MediSensors, and Senseonics. These companies have developed sensors for finding blood vessels using an image sensor, and tracking levels of blood sugar. With theses kind of sensors, the iWatch may be able a hybrid activity/fitness device, able to track movement, exercise and sleep, and well as heart rate and glucose levels. In addition, Apple hired wearable-fitness guru Jay Blahnik, who helped develop the Nike Fuel Band.

It Will Have 4-5 Days Of Battery Life

Apple’s goal is to give the iWatch at least 4-5 days of battery life between charges.

Sources have claimed that Apple’s goal is to give the iWatch at least 4-5 days of battery life in between charges, which isn’t bad for a device of this size — after all, the battery inside is going to be pretty small.

Four-to-five days is slightly more than the 3-4 days promised by the Sony SmartWatch, but less than the 7+ days promised by the Pebble. The closest thing on the market to an iWatch right now is probably the i’mWatch, an Android-powered smartwatch made by an Italian company, and that offers 48-72 hours of battery life between charges. 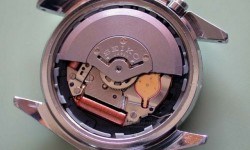 A watch powered by kinetic energy.

The iWatch could last longer if it can source its own energy. Some reports have claimed that in addition to traditional USB charging, the device could also be charged by solar or kinetic energy.

Swatch CEO Nick Hayek claims that Apple has been in touch with his company to ask about “technology that would generate energy from physical movement,” like the kinetic wristwatches already available. The problem with this is that the iWatch would never generate enough kinetic energy to charge itself completely, though it could use this energy to prolong its life in between proper charges.

It Will Have A Curved Glass Display

Apple will be keen to make the iWatch as comfortable as possible, so that you can wear it all day long — just like any other wristwatch — and not think twice about it. To do that, it’s likely to employ a curved glass display that wraps around your wrist.

A curved glass front for the iWatch makes a lot of sense.

Back in February, The New York Times reported that “people familiar with the company’s explorations” claimed “Apple is experimenting with wristwatch-like devices made of curved glass.”

We know Apple has a thing for glass; it tries to sneak it into products all the time. In fact, it’s hard to think of an Apple device that doesn’t have glass somewhere — even its stores and its new campus are made of giant glass panels.

Apple has also used curved glass for previous iPod nanos. A curved glass front for the iWatch certainly seems plausible, then, and it makes a lot of sense.

It Will Be Patented 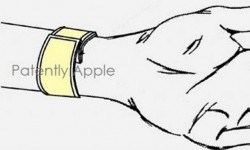 An illustration from Apple’s iWatch patent.

Like every other product in Apple’s lineup, the iWatch will be patented all over. Apple has already been granted a patent for a “wearable video deivce” with a flexible display that “conforms to an appendage of the end-user” — and this is some of the most tantalizing hints we have for the iWatch so far.

In its patent, Apple says the “touch-sensitive bracelet” could have a fabric strap, gryoscopes and acceleromoters, and that it could be powered by solar or kinetic energy.

Apple also says the device could be a “method for passing information between an accessory device,” hinting at its close relationship with the iPhone and other compatible devices.

You Will Want One

You might not wear a wristwatch now, and you might think that you’re not interested in wearing one ever. But I’ll bet that you’ll be itching to place your order for an iWatch as soon as Apple announces it — particularly if you’re an iPhone owner.

The iWatch will be the perfect companion to other iOS devices.

The iWatch will be the perfect companion to other iOS devices, and it will almost make the iPhone experience feel a little incomplete without one. The iWatch will also make your life easier.

You’ll be able to check notifications, see directions, create reminders, and more without ever having to pull your iPhone out of your pocket. Imagine how convenient this will be when you’re driving, out for dinner with a date, or sat in a meeting.

When you’re listening to music on your iPhone or your iPad, you’ll be able to change tracks or albums on your wrist. That means you won’t need to take out your iPhone on a crowded train, or walk over to your speaker dock when you’re cooking dinner.

Like a lot of Apple devices, you won’t know you need it until Apple shows it to you.

And there will be plenty of other things the iWatch will offer that you’ll wonder how you ever lived without. Like a lot of Apple devices, you won’t know you need it until Apple shows it to you.