This week’s must-have apps roundup kicks off with Mailbox, the best third-party mail client that’s available on iOS. If you haven’t already downloaded your copy and joined the queue, do it as soon as you can. Mailbox is accompanied by AudioBox, a new player for all of your cloud-based music; the latest game from Kairosoft, and more. 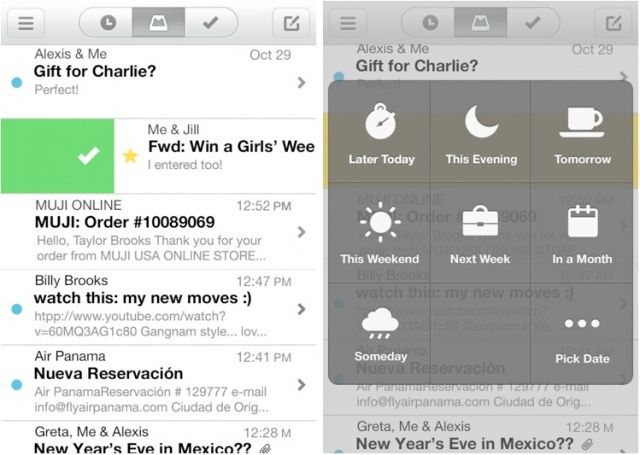 I’m sure you’re already familiar with Mailbox — it’s been all over the Internet since its release on Thursday — but if you haven’t already downloaded it then you should. It is by far the best third-party email client that has ever come to iOS — even better than Sparrow — and it’s absolutely free.

Mailbox is packed full of great features, and it boasts a great gesture-based interface similar to that of task management app clear. Cult of Mac has already published an in-depth review, and a video detailing its best features, and I urge you to go check them out.

Then go and install Mailbox on your iPhone, but don’t count on using it right away. To ensure the app is smooth for all users, Orchestra — its creators — are only taking on a limited number of users at a time. So you need to register for the app, and then wait until it’s your turn to use it. It may take a little while, but it’ll be well worth it. 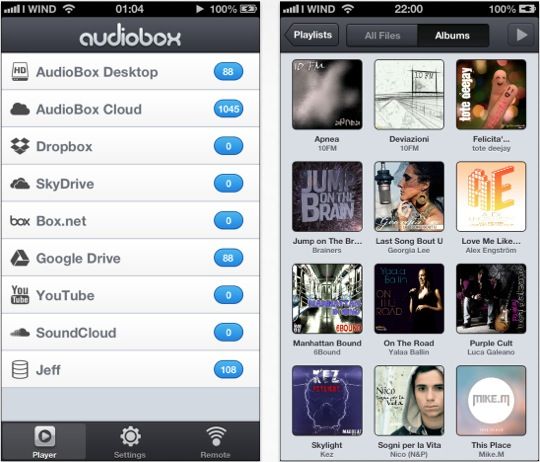 AudioBox, which I wrote about earlier this week, is an awesome new music player that’s not like other music players for iPhone. Rather than using your iTunes library as its source of content, it connects to multiple cloud-based storage services of your choice and streams all the music you’ve uploaded. So you don’t have to sync a single track to your iPhone and you can still enjoy your entire library of music.

AudioBox is compatible with a whole host of cloud storage services, including Google Drive, SkyDrive, Box, and Dropbox. It’ll even connect to YouTube and SoundCloud. What’s more, it connects to them all simultaneously, so you can enjoy the music you have stored in several services all at once.

You may already be familiar with AudioBox — it’s been available as a web-based app for desktops for quite some time. But this is its first leap onto mobile, and if you ask me, it’s off to a great start. 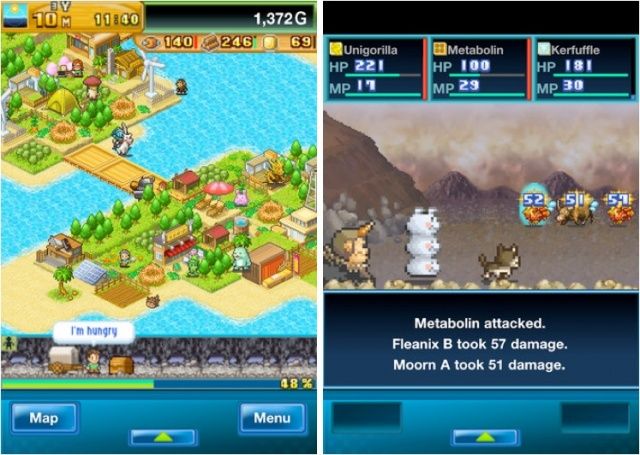 Beastie Bay is the latest game from Kairosoft, the developers of Game Dev Story, Mega Mall Story, and Pocket Academy. And in my opinion, it’s probably their best iOS game to date, because it’s kind of a fusion between Pokemon and FarmVille.

You play a character washed ashore onto a desolate island that’s inhabited by savage beasts, and your mission is simply to survive. To do that, you must plant crops, build houses and power sources, and transform the island into a personal paradise. As you progress, you’ll acquire new equipment that’ll take you to the next stage of your adventure.

So that’s the FarmVille-like side of it, but there’s more. In addition to building up your island, you’ll also capture little critters and train them to fight for your. They all have elemental strengths and weaknesses — just like Pokemon — which you’ll need to use to your advantage in battles in order to survive. 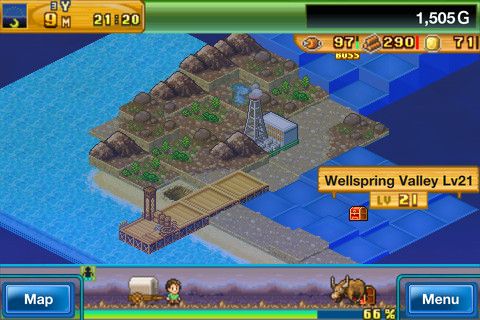 The further you travel, the more interesting the game gets, because you’ll discover other civilizations and the opportunity to make new friends. “Survival of the fittest was never so fun,” according to Kairosoft.

Beastie Bay is the first Kairosoft game to employ a freemium approach, which means it’s free to download and play, and you can purchase additional content within the game if you choose to. I’m yet to discover an area where this is necessary, but it’s there if you want to get things done quicker.

The original Cordy was one of my favorite platformers on iOS, so I’m delighted that it now has a sequel — that’s just as good, might I add. I must note right away, however, that Cordy 2 only comes with the first four levels free — the rest of the game you’ll need to unlock with a $4.99 in-app purchase.

Now that we have that out of the way, let me tell you about this game. It’s just as pretty and as delightful as its predecessor, and it follows Cordy and Volt on their journey into “World 2,” a land besieged by the evil Boogaloo. Your mission is to help Cordy and Volt save Zap Drops from Boogaloo’s evil minions, the Boogie Bots. 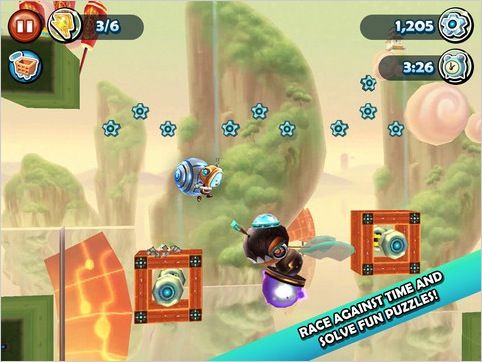 You’ll meet new friends along the way, including Magnet Bot, Smash Bot, and Copter Bot; and you’ll enjoy three action-packed worlds including Carnival, Harmony Harbor, and Sky Factory. All of which are as cute and as colorful as Cordy himself.

If you’re a fan of platform games, add this one to your collection!

Penultimate was acquired by Evernote back in May 2012, and the latest version of the app comes packed with some great Evernote features.

The company says Penultimate’s “life-like pen and paper experience” even better in version 4: The ink is sharper, smoother, and offers a more natural feel, which makes it perfect for sketching and jotting notes. And with Evernote features built-in, every note you create is now even more useful.

In addition to Evernote syncing, which allows you to access your notes from any computer or mobile device capable of running the Evernote app, Penultimate now offers handwriting recognition. You can search for words you’ve handwritten, and Penultimate will return all the notes that include that word — with a little yellow box around them to make them easier to find.