Kicking off this week’s must-have apps roundup is a brand new Newsstand publication that’s “loosely about technology,” from Instapaper developer Marco Arment. We also have an awesome new email client that turns items in your inbox into tasks and to-dos, a great little iPhone app for remembering recommendations, the ultimate unarchiver, and more. 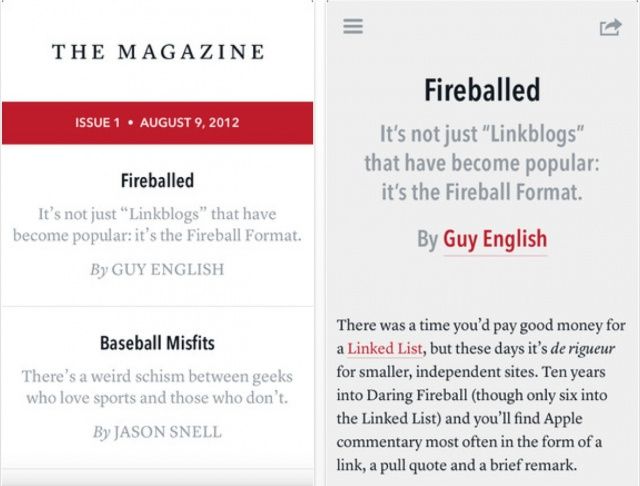 The Magazine is a brand new Newsstand app from Instapaper developer Marco Arment, that’s “loosely about technology, but also gives tech writers a venue to explore other topics that like-minded geeks might find interesting.” It’s a different kind of magazine; it’s not quite the same as other Newsstand publications.

The Magazine aims to sit in its own category between individuals and major publishers, giving writers a platform that no other publication offers — as Arment explains:

It’s a multi-author, truly modern digital magazine that can appeal to an audience bigger than a niche but smaller than the readership of The New York Times. This is what a modern magazine can be, not a 300 MB stack of static page images laid out manually by 100 people.

It’s updated with four articles every two weeks, which have all been solicited by Arment himself from a selection of top writers, and it costs $1.99 a month to subscribe — there is also a 7-day free trial so that you can check it out before you commit. 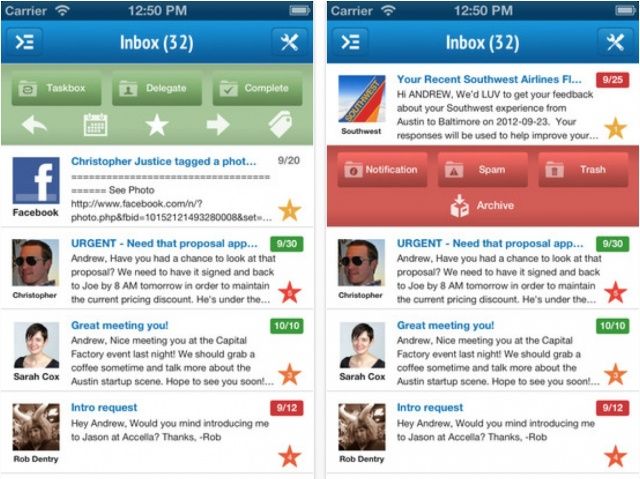 Taskbox is a nifty new email client for iOS that aims to turn your inbox into a “taskbox.” Rather than flagging emails in an effort to remind you that action is needed later on — then forgetting all about them — Taskbox allows you to turn those emails into tasks and to-dos without leaving your inbox.

It’s easy to use: Simply swipe important emails from left to right, and unimportant emails from right to left — you’ll then be presented with a number of different options. For example, with important emails, you can send them to your taskbox, delegate them to a colleague or friend, or mark them as already complete; you can also add priority tags or set due dates.

When you send a message to your taskbox, you’ll also get the option to send a short response back to its sender — to let them know you’ve received it and that you’ll follow it up later.

I’ve been using Taskbox for about about a week now, and it’s already been a massive help to me. Before, I was just flagging emails for follow-up on my iPhone, and then forgetting to look back on my flagged emails later. But with Taskbox, you never forget about an important email that needs action. 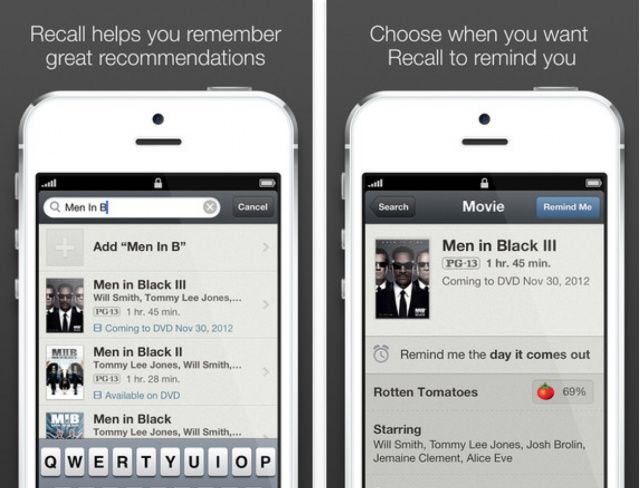 Do you ever get a great movie or book recommendation from a friend, then find that you’ve forgotten all about it by the time you get to the store? With Recall, you can save those recommendations on your iPhone.

This isn’t just a simple notetaker, though: Recall lets you search for music, movies, books, apps, or TV shows to add to your list, then select when you’d like to be ‘recalled’ about them later — such as the day of their release, or the day you know you’ll be passing by the bookstore.

And if you’re looking for something new, you can also use Recall to browse new releases and top charts across all media types, which you can then share via email, Facebook and Twitter. 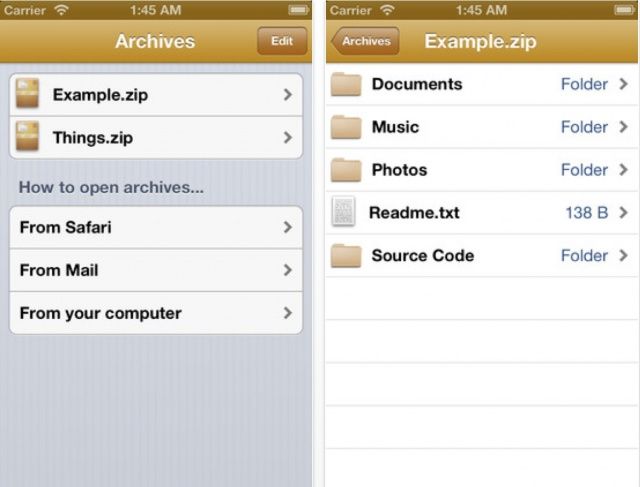 Based on popular Mac app The Unarchiver, Archives should be your go-to unarchiving app for iOS. It can open “pretty much any archive file in existence,” including common formats like Zip, RAR, and 7-zip; plus older formats like StuffIt, LZH, ARJ, and ARC. It can open files that have been sent to you in Mail, that you download from the web, or that you’ve transferred from your computer using the file sharing feature in iTunes.

If you get sent a lot of archives via email, or you frequently download them on your iOS device, then Archives is the best way to get to their content. 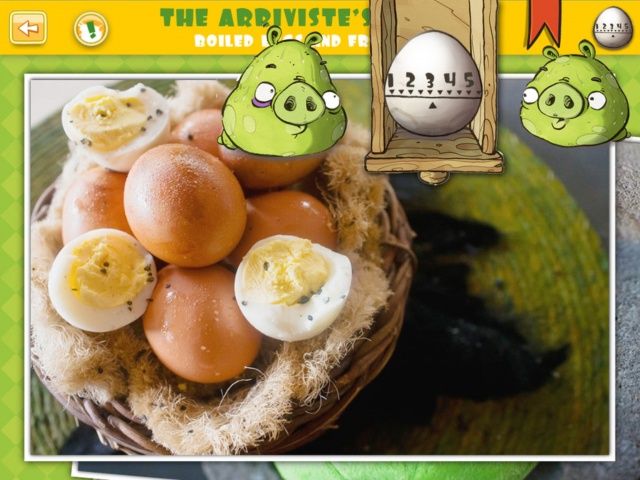 Bad Piggies’ Best Egg Recipes is a new interactive cookbook packed full of egg recipes from the developers behind Angry Birds. It features 41 egg-based recipes in total, all of which include simple, step-by-step guides with instructional images for every step.

It also features a handy egg timer so that you don’t burn everything, and photographs of finished dishes so that you can compare your own. What’s more, you can take photos of your own dishes that you’re particularly proud of and then upload them for others to see.