Macworld/iWorld 2013 is coming in just two days, and Cult of Mac will be there, reporting live from the showfloor.

Macworld has an amazing history of being the launching pad for some world changing products.  The iPhone debuted at Macworld. So did the MacBook Air. And iTunes. Again and again, products announced at Macworld have shifted the very pillars of technology.

Macworld is more than just a celebration on everything that is wonderful about iPhones, iPads, Macs, Apps, and the people who use them. It’s a summit that measures the very pulse of Cupertino’s incredible impact upon the world around us. With Apple at the top of it’s game, it’s more important than ever.

Not convinced? Here’s a ten minute history of the last 15 years of Macworld.

Held in Boston, Massachusetts, Macworld 1997 is remembered most for the time that Bill Gates made a ‘Big Brother’ like appearance on the big screen to announce Microsoft’s $150 million investment in Apple. But 1997 was also important because it marked Steve Jobs’s first appearance as CEO since getting kicked out of Apple in 1985.

Steve Jobs took the stage in San Francisco to announce three systems built around the PowerPC G3 chip: the G3 Desktop, G3 MiniTower, and the G3 PowerBook. They also laid the groundwork for what would become the Apple Store:  they partnered with CompUSA to make the first Apple Store-within-a-store. 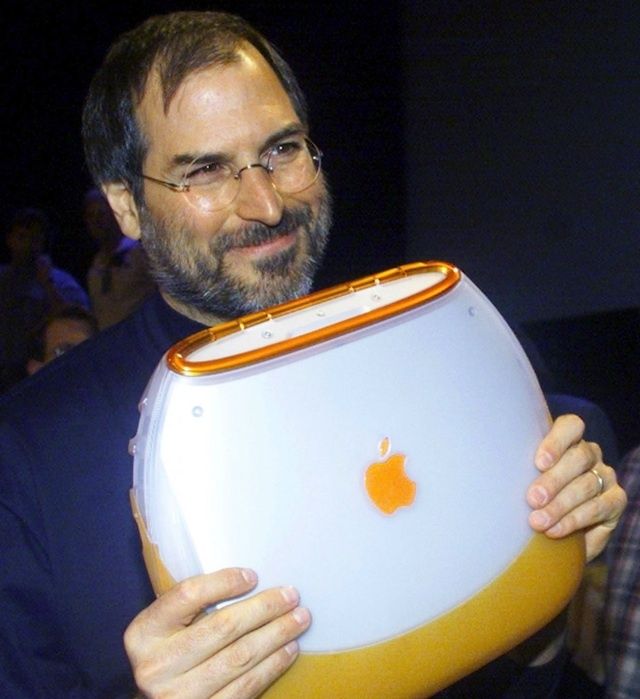 At Macworld 1999, Steve Jobs was introduced by murderous supercomputer HAL-9000 from 2001: A Space Odyssey fame, after which Jobs announced the Power Macintosh G3, the most powerful Mac yet. Apple VP Phil Schiller was also brought on stage to demo some of the hardware, before Steve brought out three new Apple Studio Displays to go with the new machine. This was also the year of the first Steve Jobs doppelgänger siting, with Noah Wyle impersonating Steve Jobs on stage after playing him in Pirates of Silicon Valley.

This New York Macworld keynote started off with Apple’s now famous “Here’s to the Crazy Ones” video. Steve also introduced the Power Mac G4 Cube, which was gorgeous, but overpriced.

At the Macworld 2001 keynote in San Francisco, Steve Jobs announced iTunes. This was the move that laid the groundwork for Apple’s popular resurgence: the iPod, which wouldn’t be announced until later in the year. Steve also announced the PowerBook G4, which was Apple’s first laptop with a widescreen.

The iMac G4 — to this day, arguably one of the best designed products Apple has ever made — was introduced at the San Francisco keynote, with its display that was inspired by the sunflower. Apple also announced that they wouldn’t participate in the Boston Macworld Expo anymore.

A number of products were announced at the keynote in San Francisco, including Apple’s first web browser, Safari, and the AirPort Extreme router base station along with two new models of PowerBooks. Don Melton gave us a behind the scenes look at the Safari announcement and said, “There’s nothing that can fill your underwear faster than seeing your product fail during a Steve Jobs demo.”

Steve Jobs let John Mayer come on stage with him at Macworld 2004 to show off the new iPod mini. IDG usually hosted Macworld Expos on the East and West coasts of the U.S., but in 2004 they held an extra event in Paris where Phil Schiller introduced an updated iMac G4 that had the logic board and optical drive integrated into the display.

While the success of the Mac continued to grow, Apple introduced its cheapest Mac yet – the Mac Mini. Steve Jobs also announced the iPod Shuffle and iWork at the San Francisco Macworld Expo. This also saw the final nail hammered into the coffin of Macworld East: from now on, Macworld would be West Coast only.

After running their computers on PowerPC chips for years, Apple announced that they were switching to Intel chips for the Mac. This also allowed professionals to dual boot Windows programs on a Mac, as well as finally allowed Mac performance to catch up to that of mainstream Windows PCs.

Steve Jobs and Apple changed the cellphone industry forever at Macworld 2007 when they unveiled the original iPhone. With a touchscreen display, Internet capabilities and music player, it was a revelation to the tech world, and launched what would become the smartphone revolution. Apple also debuted the Apple TV, which Jobs referred to dismissively as “hobby.”

For his last ever Macworld keynote, Steve Jobs unveiled the MacBook Air by pulling it out of a manila envelope during his keynote. Steve also announced the Time Capsule, a WiFi base-station with built-in storage, and the first iOS SDK: the iPhone would soon be able to run third-party apps.

Wanting to keep a tighter handle on its product launches, Apple announced that the 2009 Macworld Expo would be the last one it would participate in. Steve Jobs was too ill to give the keynote, so Phil Schiller filled in for him and announced the releases of iLife ’09, iWork ’09, and the unibody MacBook Pro.

With Apple out of the show, the number of exhibitors at Macworld dropped from 500 in 2009 to only 220 in 2010. Macworld focused on the community of Apple fans instead. Keynotes were made by New York Times columnist David Pogue, director Kevin Smith, Leo Laporte of TWiT fame, and Daring Fireball’s John Gruber.

Macworld started to make a recovery from Apple’s absence by focusing on iOS and its App Store ecosystem in 2011. A Saturday event was added to the show to attract families. Keynotes were given by Harry McCracken, Bill Atkinson, and Sinbad.

The Macworld Expo changed its name in 2012 to Macworld | iWorld. In its 28th year, Macworld focused on Apple-oriented lifestyle. The show floor was packed with app developers showing off their latest inventions, while art and music created solely on iOS devices were celebrated.

To promote his new movie JOBS, Ashton Kutcher will appear at Macworld/iWorld this year to talk about what it’s like to play Steve Jobs. But that’s not all there is to look forward to at Macworld/iWorld 2013. Will.i.am is going to be there. So is SNL’s Fred Armisen. Plus, there will be tons of workshops and TechTalks, exhibitors, and art galleries.

Here’s a full list of things to expect at Macworld this year. It’s going to be awesome, and we can’t wait for the show to start.

Starting tomorrow, Cult of Mac will be covering Macworld/iWorld 2013 live. To see all our coverage, click here