Reposting your favorite photos on Instagram is about to get a lot easier if a new feature that’s currently in testing makes it out to the public.

END_OF_DOCUMENT_TOKEN_TO_BE_REPLACED

Apple’s new Clips app wants to be your go-to for making short, fun videos geared for social networks. Clips is the perfect tool for the social media generation, allowing users to bust out engaging videos in seconds.

While the user interface is pretty simple, Clips packs a bevy of tools that help put a unique spin on your shots. Getting the hang of all the features can take a while, so we’ve rounded up some pointers on how to make the most of the new app.

Follow these Clips tips to make your videos pop.

END_OF_DOCUMENT_TOKEN_TO_BE_REPLACED

Microsoft is dipping its toes back into the social game with a brand new app for iOS users that aims to make it easier than ever to organize group events.

The app is called “Who’s In” only instead of launching as a standalone iPhone or iPad app, Microsoft’s new software can only be accessed via iMessage.

END_OF_DOCUMENT_TOKEN_TO_BE_REPLACED

When it comes to buying apps, iPhone users aren’t afraid to bust out their wallets for good software.

Spending on iOS apps increased during 2016, according to the latest data from app analytics firm SensorTower which claims the average iPhone user spends $27 a year just on games.

END_OF_DOCUMENT_TOKEN_TO_BE_REPLACED

A star of silver and television screens wants to help others become stars of the small screen – their iPhone screens that is – with an iOS app that lets users act out their favorite movie scenes.

Actor Edward Kerr on Tuesday rolled out ROLR, a new video collaboration app he created to help people connect around the world through a universal love of films. An in-app teleprompter feeds you your lines from scenes from a selection of classic films, you record your part and then invite members of ROLR community to be your co-stars.

END_OF_DOCUMENT_TOKEN_TO_BE_REPLACED

If you want to strike it rich on the App Store, here’s a hint: make a game.

Americans who own an iPhone spent an average of $35 on apps and in-app purchases last year, only instead of forking over cash for productivity or education apps, the majority of that money goes to gaming.

END_OF_DOCUMENT_TOKEN_TO_BE_REPLACED

There are greats apps for groups to complete tasks and great apps for group communication. In Pingpad, the group has a single app that allows for both.

Pingpad is a stew of many different first generation apps for notes, lists, calendars and instant messaging. In one space, a group can work across platforms on documents, chat back and forth and post pertinent links all in real time. Think Google Docs meets Whatsapp.

END_OF_DOCUMENT_TOKEN_TO_BE_REPLACED

Computer engineer Hunter Scott wrote a Python script to enter virtually every Twitter contest started over the span of nine months. The bot ended up entering him in about 165,000 different “RT to win” contests and more importantly, he won close to 1,000. On average, he won four contests per day every day.

END_OF_DOCUMENT_TOKEN_TO_BE_REPLACED

When Icelandic developer Thorsteinn Fridriksson unleashed QuizUp on the world in late 2013, the last thing he expected was that the trivia app’s questions would turn into the nerdy equivalent of Cupid’s arrows. However, a surprising number of people who fell in love with the app also fell in love with each other.

“Very soon after we launched, we started hearing about people connecting on the platform,” Fridriksson told Cult of Mac. “You’d be amazed at how many QuizUp couples there are — people who literally met each other because they shared interests in the game.”

Now QuizUp is poised to pivot, taking advantage of its innate ability to connect players — whether for love, friendship or just a killer trivia smackdown. Today’s update marks the biggest and riskiest change in QuizUp’s history, as the multiple-choice game relaunches with a new focus on social networking.

We've got lots of creative apps in the hopper this week, from the comic-book-artist-friendly Procreate 2.1 to the art-sharing app August. There's also stuff for metadata-hungry photographers, as well as a note-card app for screenwriters. Get to work.

Procreate, already my favorite painting app on the iPad, just got a huge update. A few highlights are the new color wheel for selecting shades, with pinch-to-zoom for even more accurate picking; ColorDrop, which auto-fills color areas for you; and a new Reference Layer, which lets you designate a layer as a kind of template for filling other layers. Thus, you can make a color-fill layer under your line art, still using that line art as the reference for the fills. I love Procreate, and it keeps on getting better. $6

Together for iOS syncs with the venerable OS X version, giving an Evernote-like everything-bucket that you can use and access anywhere. Create text files, add photos and import documents from other apps, then tag them and let them sync with the Mac version (and other iOS versions) over iCloud. iCloud sync means you’ll need the Mac App Store version of Together to make it work. It looks fantastic, and way easier to use than Evernote. The only problem is that it can’t search inside any of your documents. $10

Slick, secure and open messaging app Telegram has just been updated with a native iPad version. The already-impressive app now brings GIF support, broadcast lists and an iPad-friendly interface, along with the same great cross-platform access, letting you read your messages anywhere, even on the Web. Free

PhotoMeta shows you everything about your photos that the iOS photos app doesn’t. You can view all EXIF data, from shutter speed and aperture to the direction you were facing when you took the shot. You can even browse photos from your Dropbox, and this latest update to the app lets you view the focus points your camera used. $3

Summbot summarizes the news for quick reading. That is, it takes a link as input, parses the page and gives you a processed summary, a short version. I can think of a few sites I’d like to try this on. The problem is that you need to paste a link into the app for every page, easily wasting any time you might save from reading the condensed view. With any luck, this will be turned into a fuller-featured app in a later version. $1

Matter is a 3-D version of Pixite’s other amazing photo apps. Instead of adding stripes and patterns to your pictures like LoryStripes or Tangent, Matter adds 3-D objects to your 2–D photos. You can even animate them, and the objects reflect the lighting around them. I don’t often add strips and patterns to my photos, but when I want to, I reach for the Pixite folder on my iPad or iPhone. $2

If you’re already in the (minimum $10-per-month) world of Celtx screenwriting apps, you’ll want to take a look at the new Celtx Cards, an ultra-simple index card app for the iPhone and iPad. Each card gets a title, a big text field and tags. You can color code the cards, and drag to rearrange them. And – if you have a Celtx account – you can sync them with your other Celtx apps. Seeing as sync is the biggest hurdle for all other index card apps I’ve tried, the fact that this integrates closely with other apps is a huge selling point. Free

August is a new kind of social network, kind of a hyper-focused Tumblr or an Instagram without the cute cats. With added music and film. The idea is that artists posts their photos, music and videos to their August streams, and followers can either save that stuff to their own streams or share to other places (Twitter and Facebook etc.) Thus you might follow someone who has great taste, but produces nothing of their own. The service is currently accepting requests for invites.

Islander is Norwegian musician Jarle Bernhoft’s new take on the music album for 2014. The app contains 48K 24-bit versions of the tracks, but that’s not all. You can also interact with the music using a virtual mixing console, and even add your own percussion. This combines with liner notes and all the other ephemera a music nerd could want. Plus, if every musician goes in this direction, you will have the added problem of finding an album on your iPad – just like finding a vinyl record in a stack on the floor. It’s so damn authentic. $20 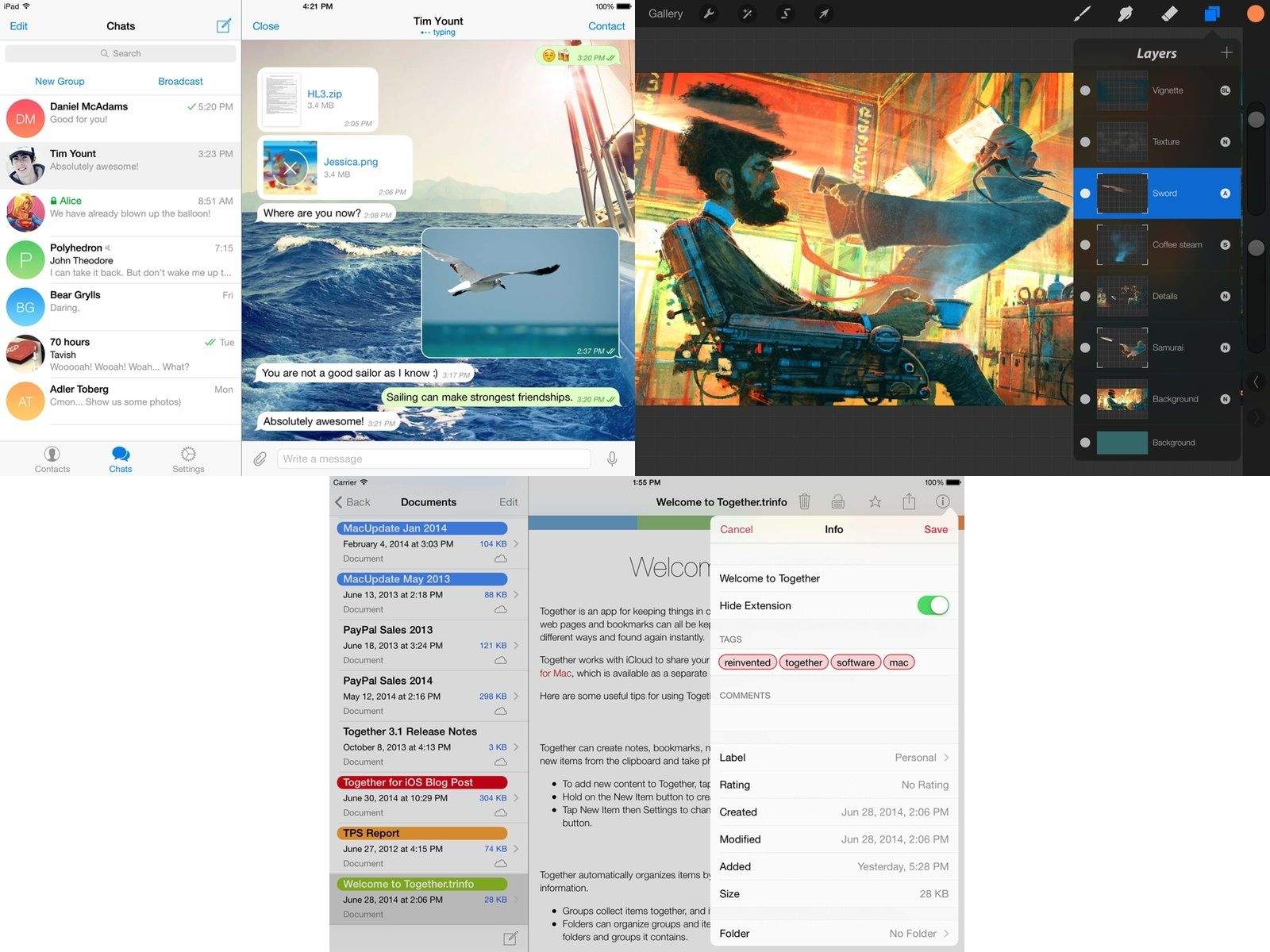 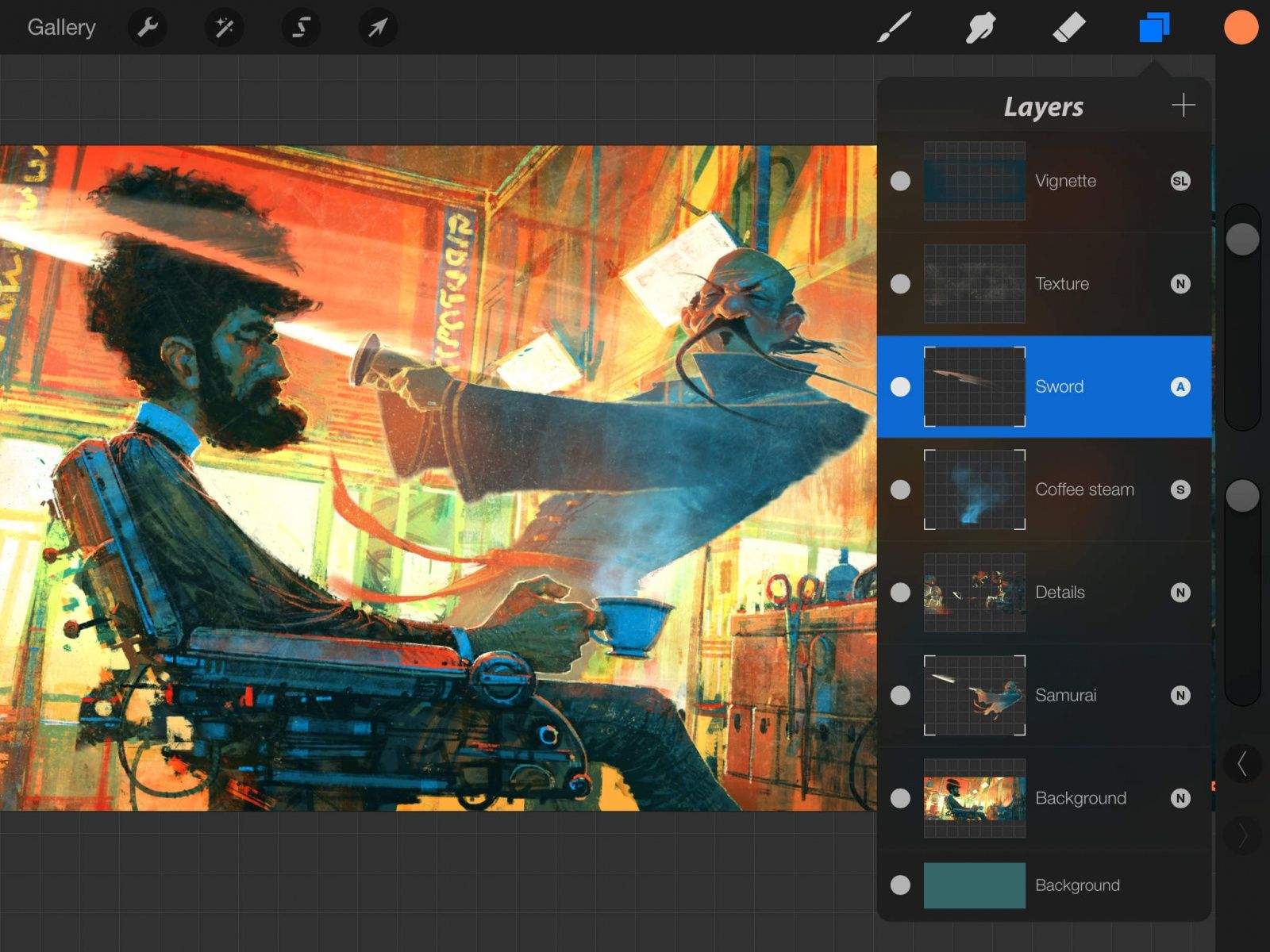 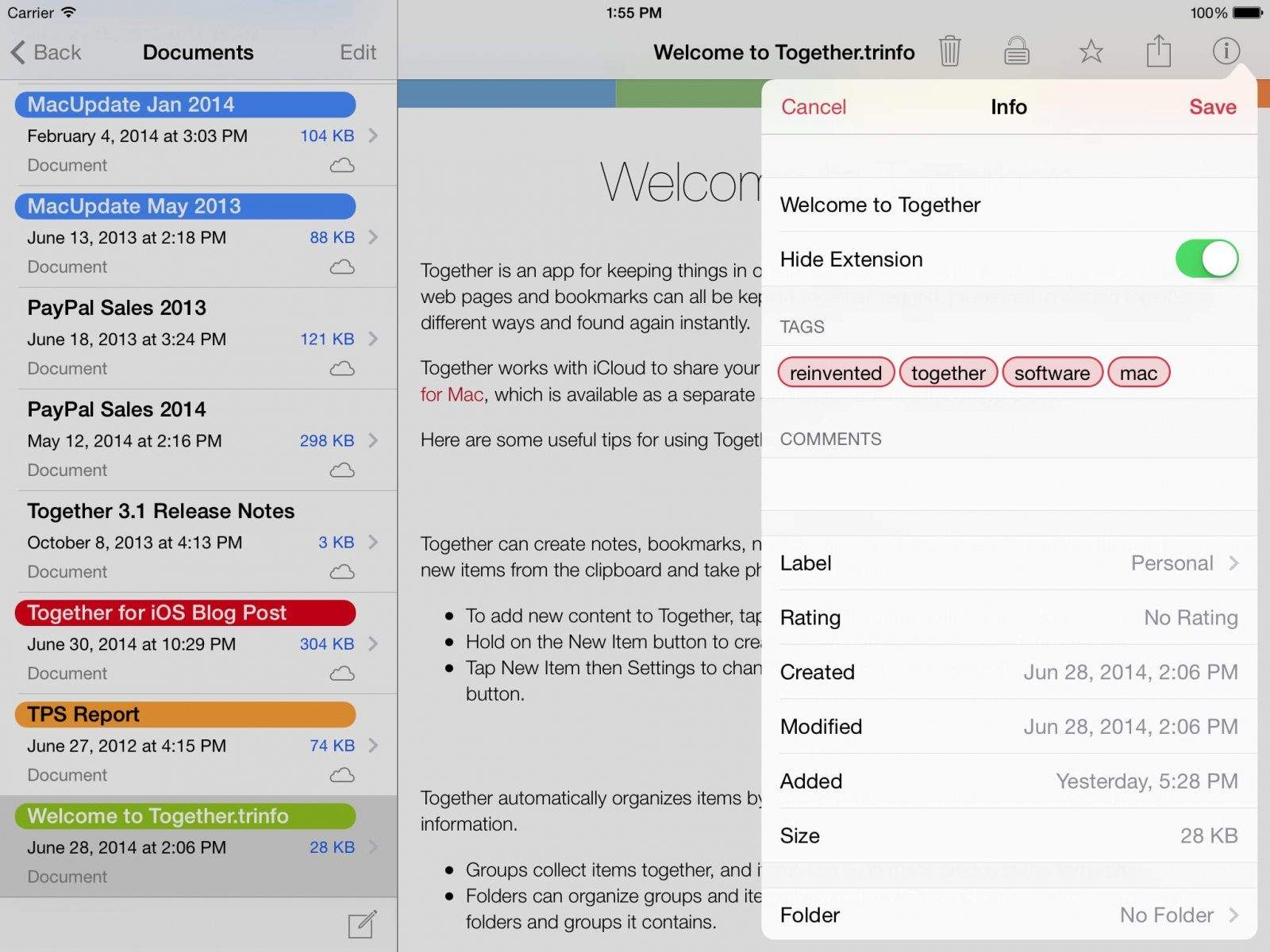 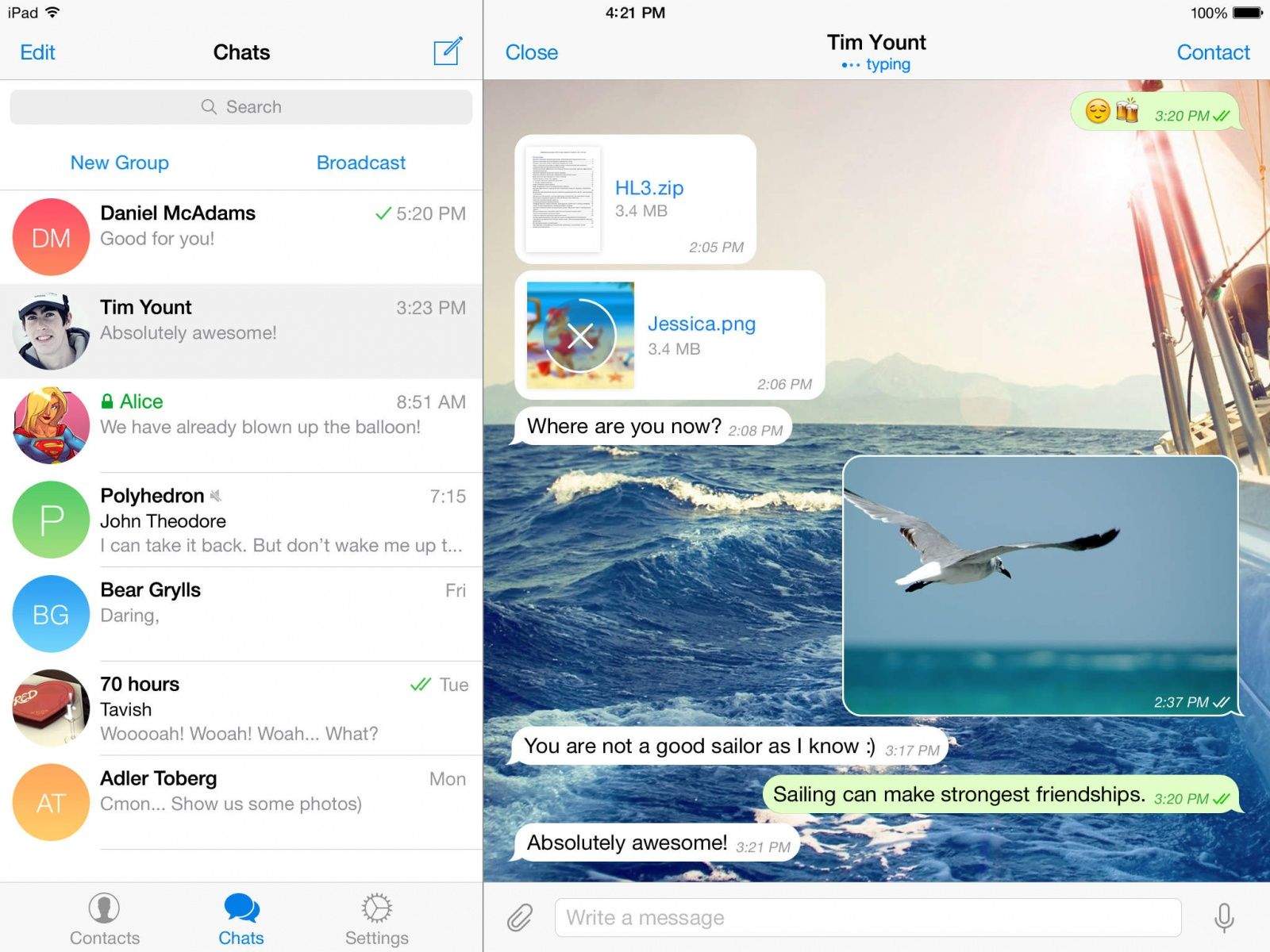 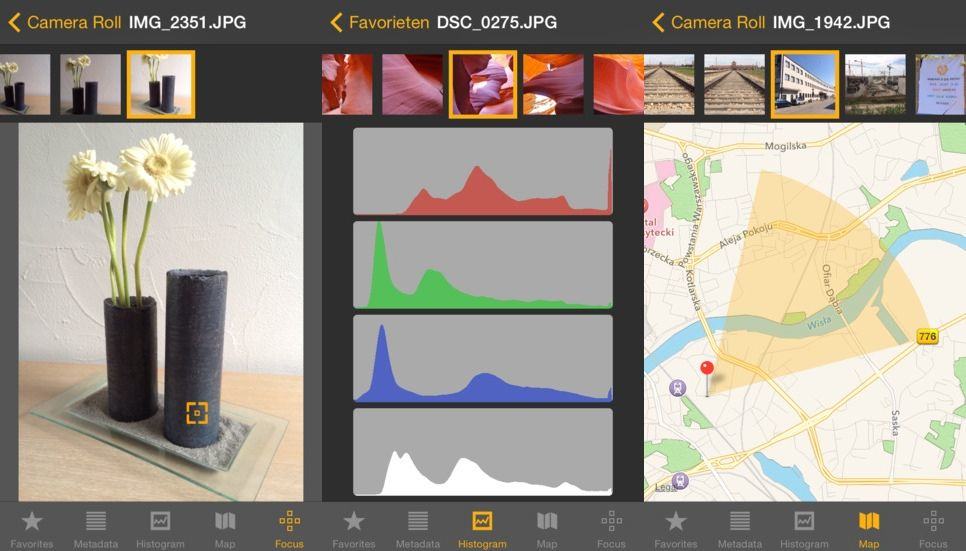 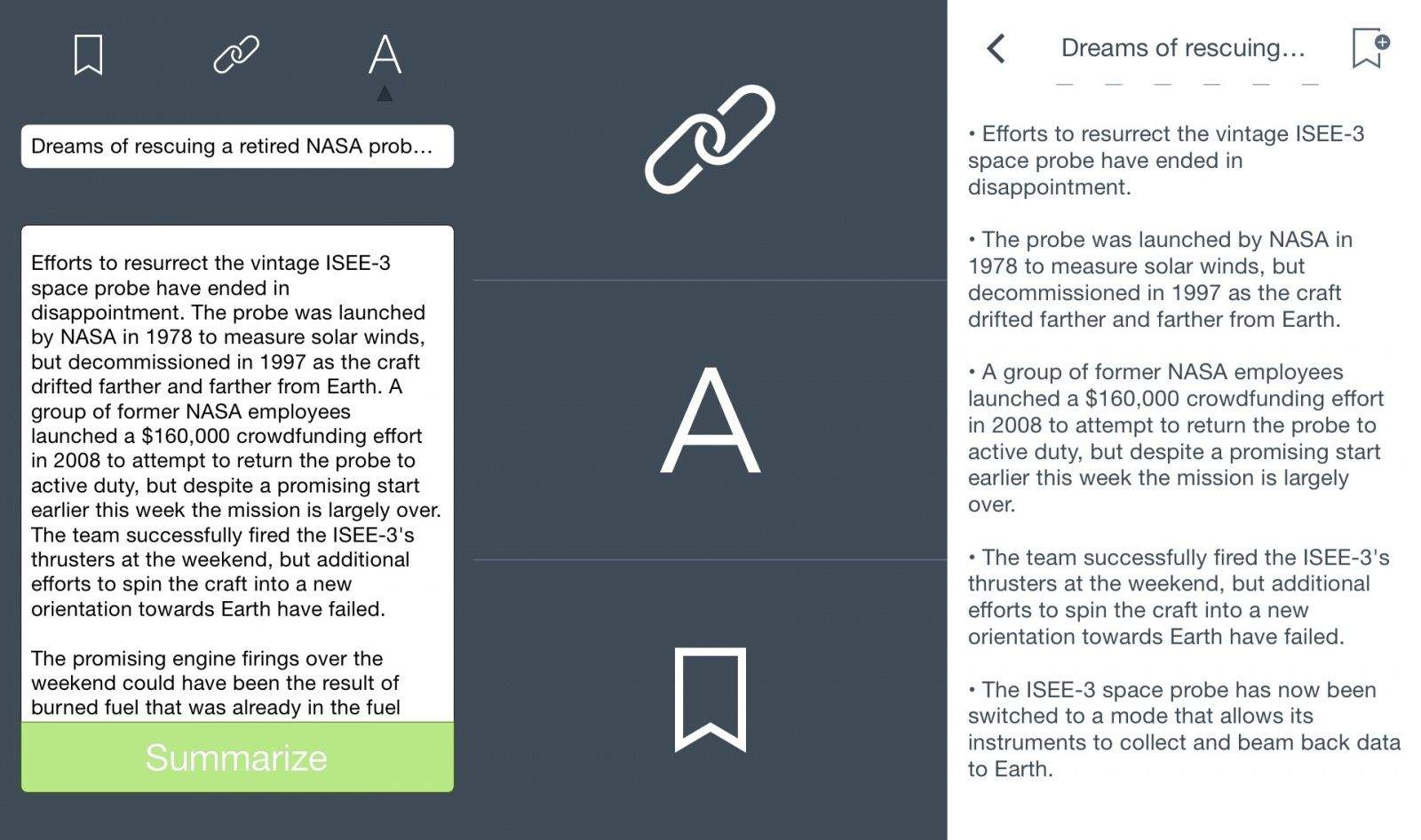 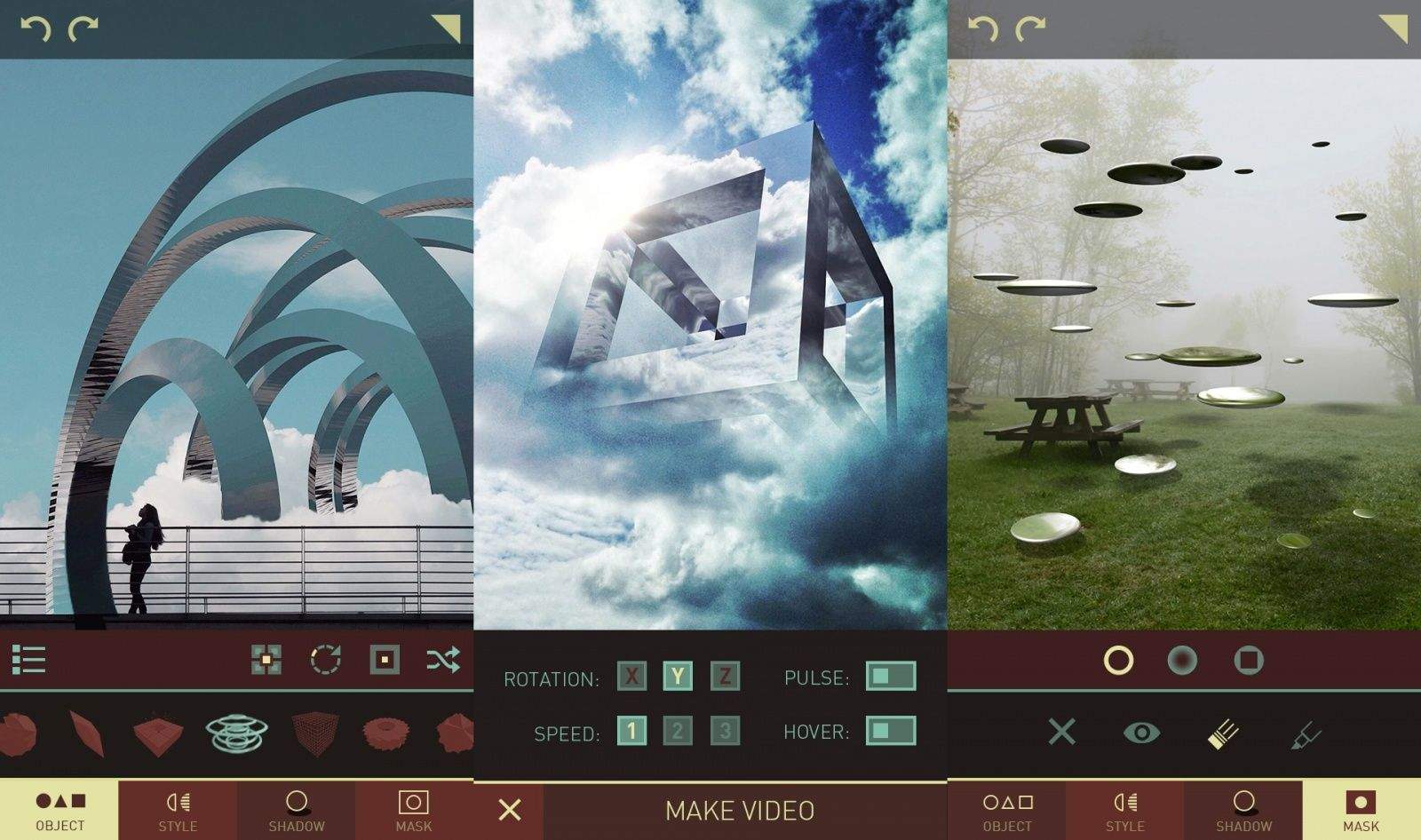 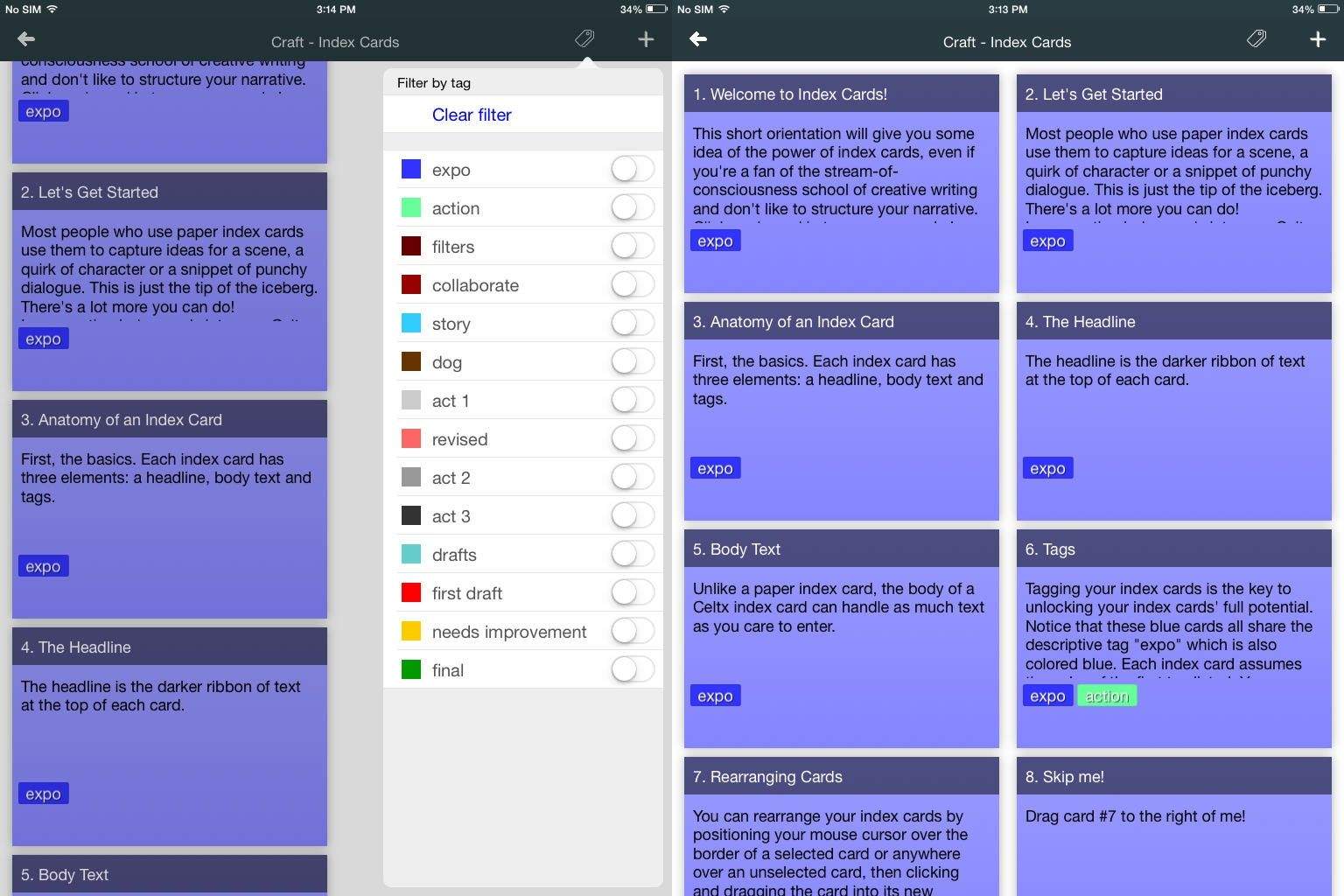 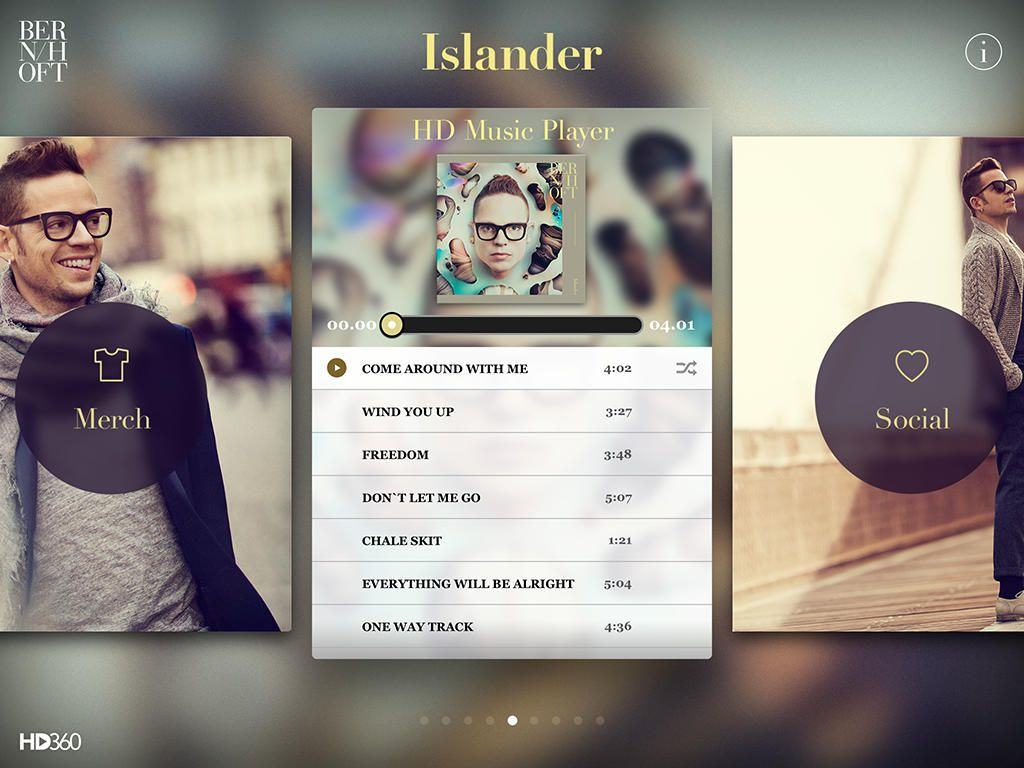