Samsung put Apple and the rest of the tech industry on notice today during its massive Unpacked event.

During the biggest tech event of 2019 so far, Samsung unveiled a slew of new smartphones, wearables, earbuds and more. Even though Samsung has a rep for copying Apple — and there was certainly a lot of that at Unpacked — the company is setting the tone for the rest of the industry. Samsung even leapfrogged Apple’s products in some ways.

Here are six things Apple should take note of.

One of the coolest new features on the Galaxy S10 phones is the ability to wirelessly charge other devices. This could be a total game-changer as more gadgets add wireless charging. Instead of having to carry around a bunch accessory cables, you can use the S10 as a charging pad.

Apple will supposedly add wireless power-sharing to the 2019 iPhone lineup. It probably won’t be long until iPhone lovers get the feature, but then we’ll have to deal with all the Samsung fans saying, “Android had that first.”

The foldable future is here

I’m not going to lie. The Galaxy Fold actually looks pretty incredible, even though it looks like a prototype. Every smartphone manufacturer is pursuing folding phones, and Samsung has come out with the first option that actually looks semi-decent.

OK, the front of the phone looks like garbage. The tiny display is bordered by fat bars at the top and bottom. And it looks thicc af when it’s folded. But unfolding the phone to reveal the 7.3-inch tablet is a slick trick.

Priced at nearly $2,000, the Galaxy Fold might be the ultimate status symbol of 2019. Apple is reportedly working on folding phones, too, but its offering won’t come until fall of 2020 at the earliest. Galaxy Fold is really more of a proof of concept, but it certainly gives Samsung some “first” bragging rights.

This is an idea we would love Apple to steal for iOS 13. You can already kind of use three apps at once on the iPad, but Samsung’s iteration honestly looks better. With the Galaxy Fold you can have one app displayed at the max vertical height while two others share the side of the screen and are split in half. This would be perfect when working on a 12.9-inch iPad Pro. 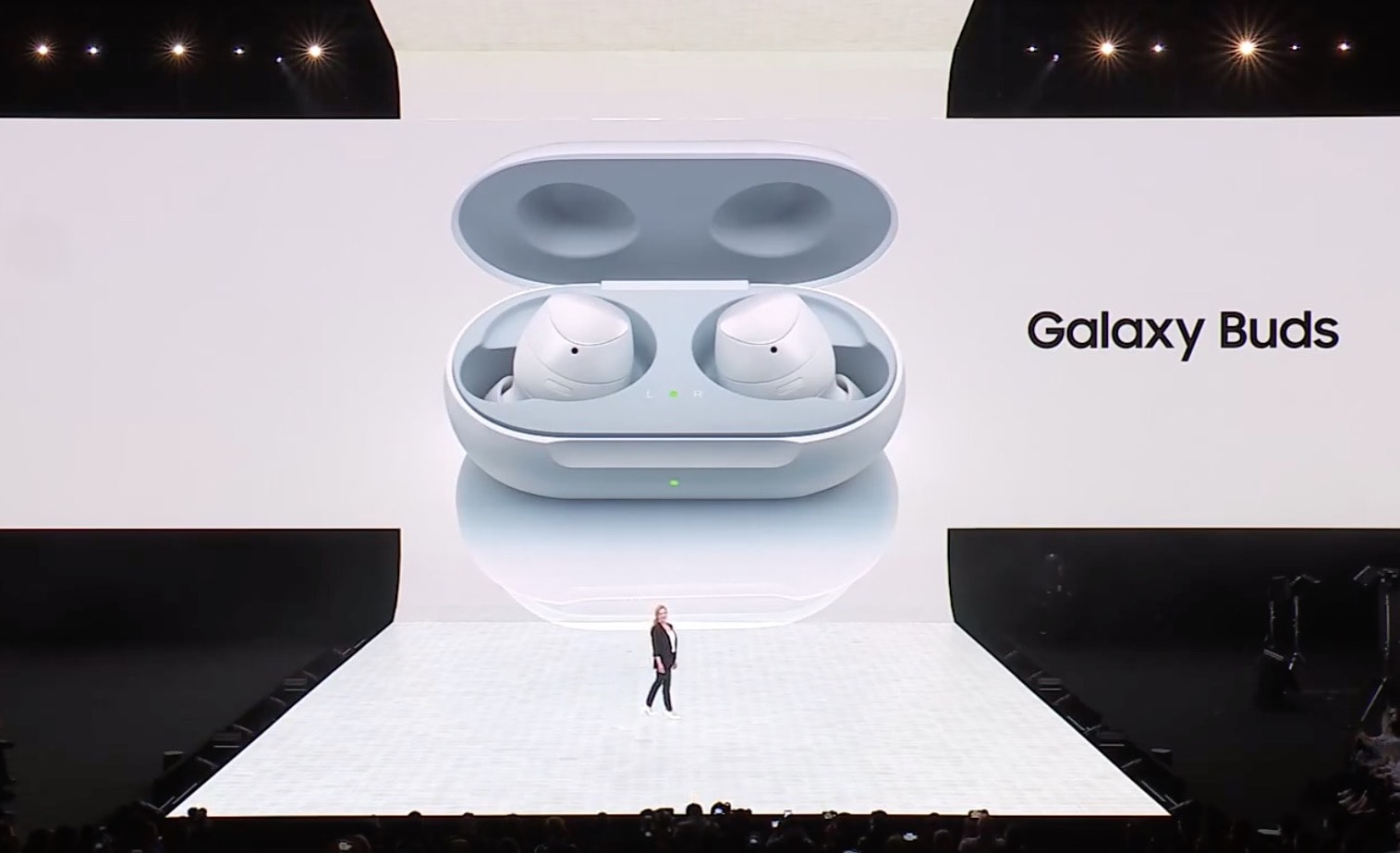 I hate to say it, but the new Galaxy Buds look better than AirPods in pretty much every way. We haven’t gotten to test the audio quality yet, but on paper, Samsung has a winner. Packed with six hours of battery life, the Galaxy Buds also can be recharged twice by their wirelessly charged case. You still need a Lightning cable to recharge the AirPods’ case, even though Apple teased us with a wireless charging case way too long ago.

Other notable features include support for Bixby, Samsung’s Siri rival. Bluetooth 5.0 is also present. And best of all, the price tag is a cool $130 — much more palatable than AirPod’s $160 cost. Many of Galaxy Buds’ standout features are rumored to be in the works for AirPods 2.0, which likely will debut sometime between now and fall.

Apple gave up on Touch ID. Samsung is doubling down on fingerprint recognition. The ultrasonic fingerprint scanner on the Galaxy S10 lineup is a world first. Instead of touching a specific sensor, just tap your finger anywhere on the display to unlock your phone. If iPhones and iPads offered this plus Face ID, it would be the perfect combo of security and convenience.

The megapixel wars are over when it comes to cameras. Get ready for the multi-lens wars. Samsung is busting out three cameras on the back of the Galaxy S10, and they look pretty promising. There are two 12MP sensors in wide and telephoto formats. Plus an additional ultra-wide 16MP sensor.

Apple is rumored to be coming out with three lenses on the back of the 2019 iPhones, but maybe it should just jump to four shooters instead.

The S10 cameras also have a number of AI-assisted features. One offers suggestions for ideal compositions. Another, called Scene Optimizer, can recognize 30 unique scenes. Portrait mode photos are also available and there are other effects like spin, zoom and color-fade effects that can be applied to backgrounds.