Small was the new big at Apple’s “Let us loop you in” keynote today. And while some felt the 64-minute unveiling was the most snooze-worthy event ever, Apple used it to unleash the most important iPad its made since the original tablet launched in 2010.

The new 9.7-inch iPad Pro is much more than just a smaller variant of the 12.9-inch super slate Apple came out with last year. It’s a machine built to target Apple’s next big customer pool: the 600 million people still using 5-year-old PCs.

The previous three generations of iPads did little to stem slumping sales for Apple’s tablet line. Lighter is nice. A little bit faster is good. And a slightly thinner design is cool. But none of those tweaks make people want to upgrade their iPads, or even buy their first. So Apple packed in a bunch of amazing new hardware to push the iPad to new heights.

The 9.7-inch iPad Pro packs all the superfluous design simplifications Apple adds every year, but it also brings new hardware that makes it more of a computer than ever. It packs an A9x chip that’s faster than most modern laptop processors. The new Smart Connector port enables better connected accessories than ever — like the Smart Keyboard — while the Apple Pencil adds a new input paradigm that bridges the digital and natural worlds.

Yes, the big iPad Pro packs all those features, but it comes with a huge price tag to match its gigantic screen. The truth is, most of those 600 million people using old PCs can’t afford to spend $1,200 on a new MacBook every two years. 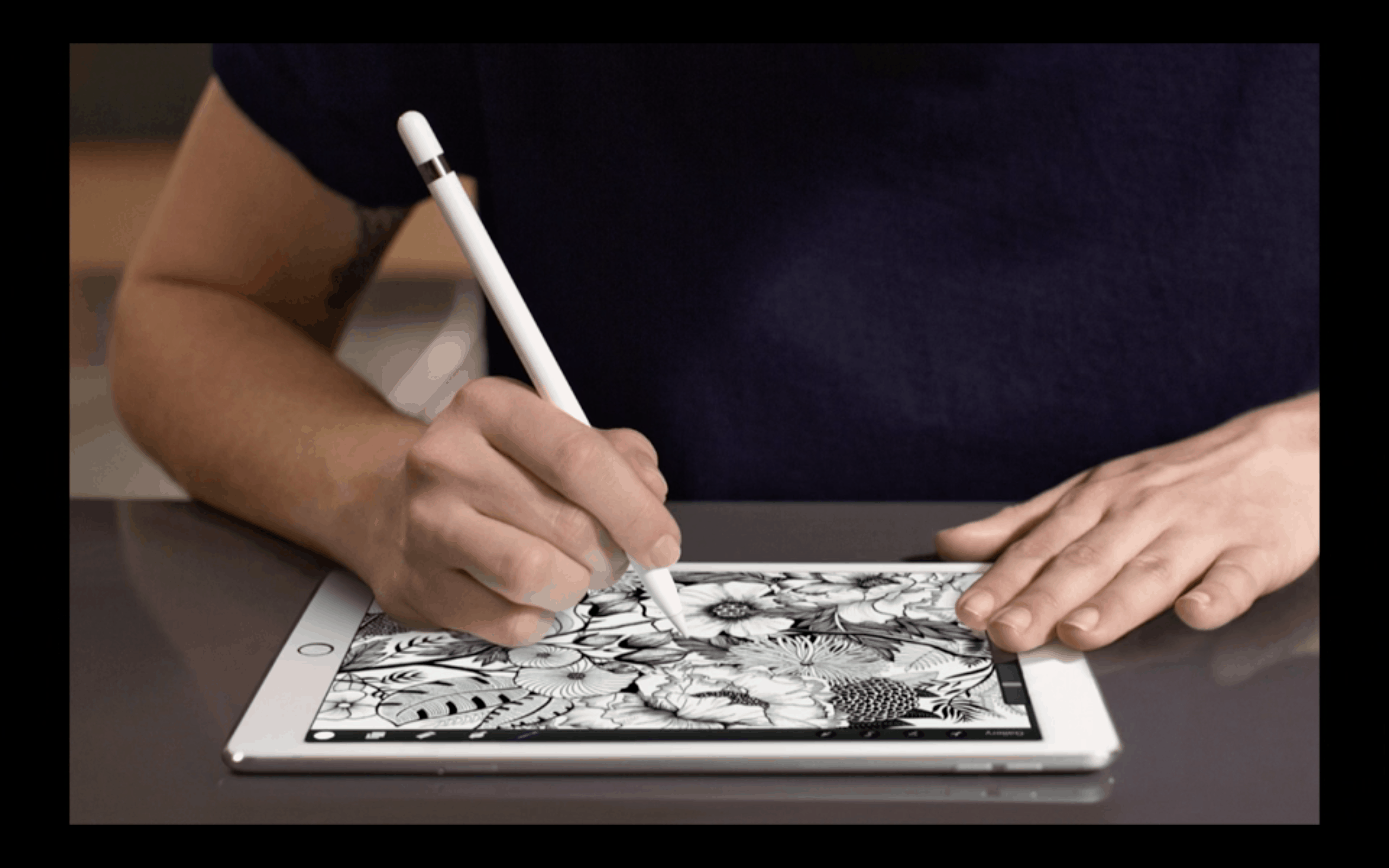 Most people haven’t even considered replacing their dusty PC with a tablet yet because it would be a waste of precious dollars. They buy the cheapest laptop available and know they can get by with it. The new iPad Pro is Apple’s first tablet to strike the perfect balance between affordability and features that will make it a true computer replacement for normals.

The sheer size of the big iPad Pro was also a big turnoff for many potential buyers. Who wants to lug around a tablet that’s just as big as a MacBook? Packing all the Pro’s power into a 9.7-inch size will make for a much more attractive package.

By scaling down the iPad Pro and dropping the price, Apple has made the most attractive mass-market tablet ever. It’s even better than the 12.9-inch iPad Pro, thanks to its True Tone display, 12-megapixel iSight camera, anti-reflective screen, and advanced LTE speeds. Plus its smaller, more portable size makes it the perfect machine to carry with you everywhere.

The new iPad Pro isn’t the perfect PC or MacBook replacement, but it’s the closest the iPad lineup has ever come to offering a viable alternative. The iPad Pro’s biggest weakness isn’t hardware, it’s the software.

iOS still feels like a play toy compared to OS X, and the odds of Apple making a hybrid are pretty much zero. Killer features like Split View multitasking, picture-in-picture, better keyboard support, and Slide Over have improved productivity on iOS, but it’s still a far cry from working on a Mac, and that may keep people from scooping up the gorgeous new iPad.

Some professionals — like iOS developers who can’t build apps without an iPad version of Xcode — can only dream of ditching their Macs for iPad thanks to the software limitations. The hardware is all there for it, Apple just needs to catch up with the user experience.

In many ways, the 9.7-inch iPad Pro is Apple’s much-needed answer to Microsoft’s Surface tablets, which start at $899 for the latest !28GB model. With a better keyboard, super-sensitive stylus and improved apps, Apple’s case that the iPad can handle basic work — for everyone from college students and numbers crunchers to musicians and design professionals — has never been stronger.