Kicking off this week’s must-have apps roundup is EverClip for iPad, a terrific tool that lets you “clip” almost anything to Evernote, so that you can’t forget them. We also have a wonderful new music player for the iPad, the new Star Wars Pinball game, and more. 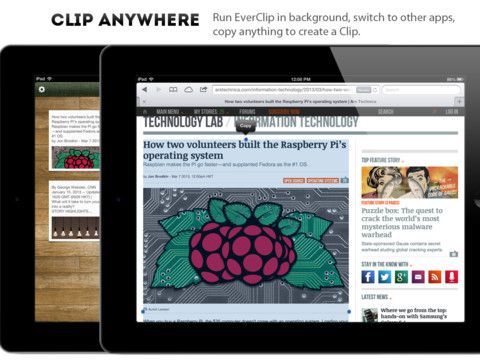 Charlie wrote about EverClip for iPad earlier this week when it first hit the App Store, so I’ll keep it short and sweet. EverClip is quite possibly the quickest and simplest way to “clip” almost anything to Evernote. You can send text and images from any app, PDF documents, notes, and more — and in most cases all you need is a simple copy & paste.

EverClip lets you send new clippings into a new note, or group multiple clippings together into one note. It also supports tags and notebooks. If you’re a heavy Evernote user, you’ll wonder how you ever managed without EverClip.

Couch Music Player is actually another app Charlie covered earlier this week, and he labeled it “a music player worthy of the iPad.” It has a unique user interface that’s unlike any other music player for iOS, and it encourages you to create dynamic playlists for all of your favorite tunes.

Couch promises to deliver “incredible new levels of personalization and organization to your digital music library,” and it does so with an elegant user interface that you’ll love using. I don’t store that much music on my iPad — I only have the 16GB version — but Couch makes me wish I had my entire music library at my fingertips. 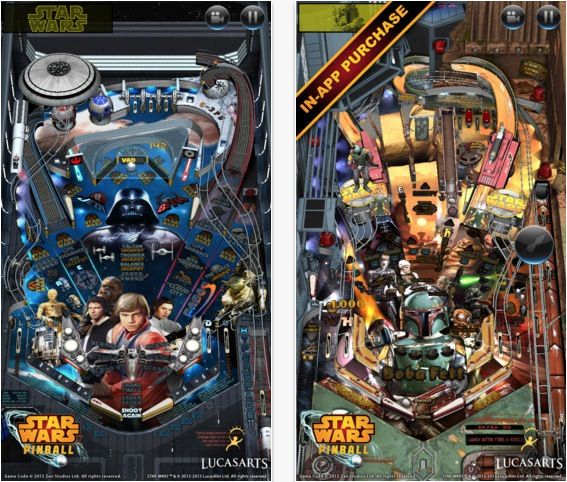 Star Wars Pinball is a super addictive pinball game from Zen Studios, the creators of Zen Pinball for iOS. It features your favorite Star Wars characters and three themed tables, with awesome visuals that look great of Retina displays. If you’re a fan of the films, this is one game well worth checking out.

Evernote Food, the iOS app for foodies that lets you keep a record of all the recipes and restaurants you want to remember, has received a major new update adding a number of neat new features. In addition to OpenTable reservations, users can now share recipes with their friends, enjoy better search results, and more.

With Evernote Food 2.1, you can add recipes from Evernote to Evernote Food’s “My Cookbook” section using a specified notebook or tag, making it even easier to keep track of your favorite meals. And if you want to share those recipes with your friends, you can do so via Facebook, Twitter, and email.

If you don’t fancy cooking tonight, Evernote Food will also help you find a great restaurant, and book a table. The latest version adds venue ratings from Foursquare, so you can find the best places to eat nearby, as well as OpenTable integration, so you can book without leaving the app. 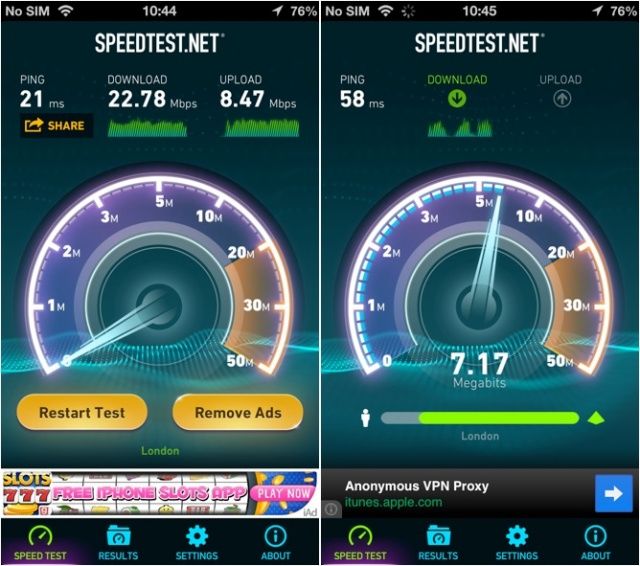 The Speedtest.net app is undoubtedly the quickest and easiest way to test your broadband and data speeds on your iOS devices — and it’s completely free. And thanks to its latest update, it’s better than ever before. The app now has a brand new look which supports the iPhone 5’s larger display (finally!) and a number of new features.

The update makes it easier to share your test results, with the ability to send them via email, Facebook, Twitter, and Messages. You also have the option to remove the advertisements with a $0.99 in-app purchase.