Amazon has today launched a new web app for the iPhone and iPod touch that allows users to purchase more than 22 million tracks directly from the retail giant’s MP3 store. Amazon says the HTML5 app has been optimized to work seamlessly inside Apple’s mobile Safari browser, and any music you purchase will be transferred instantly to your Cloud Player library.

The app isn’t a native release, which means you won’t find it in the App Store. But there’s a very good reason for that. By making it a web app, Amazon doesn’t have to adhere to Apple’s App Store policies, which means that the Cupertino company cannot demand a 30% cut of everything you purchase on your iOS devices. 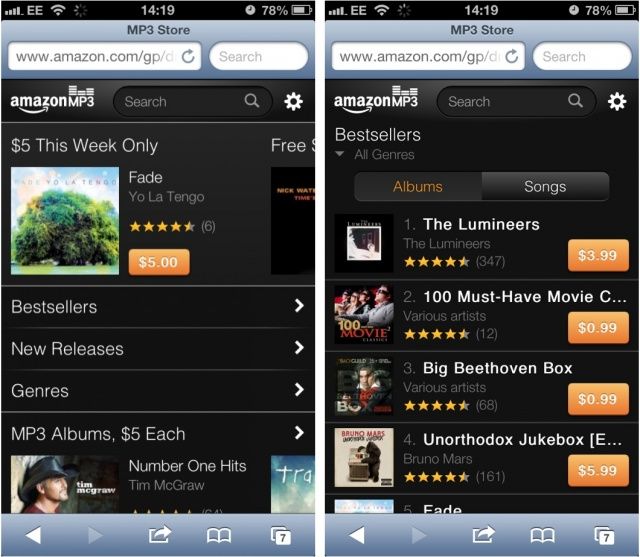 “Since the launch of the Amazon Cloud Player app for iPhone and iPod touch, a top request from customers has been the ability to buy music from Amazon right from their devices,” said Steve Boom, Vice President of Amazon Music. “For the first time ever, iOS users have a way do that – now they can access Amazon’s huge catalog of music, features like personalized recommendations, deals like albums for $5, songs for $0.69, and they can buy their music once and use it everywhere.”

Of course, those prices will make a lot of Amazon MP3 cheaper than their iTunes counterparts, which typically cost $1.29. The only downside is, unlike iTunes purchases, your Amazon MP3s aren’t stored locally, so you need a data connection to listen to them.