Apple included a list of new features in the release notes for iOS 5.1, which became available on Wednesday alongside the announcement of the new iPad. It seems that Apple included some unannounced features as well – some of which enable more iOS device security and management when paired with a mobile device management (MDM) suite or with Apple’s new Apple Configurator tool for iOS.

The new management features seem to be primarily related to Siri on the iPhone 4S and they include the ability to prevent any use of Siri while an iPhone 4S is locked as well as the ability to filter out profanity. Additionally, as noted by the Intrepidus Group, a security consulting firm, is the ability to block location services on any iOS device.

These new management options can be enabled using using iOS configuration profiles. All three can be set using the new Apple Configurator app. The ability to block Siri while an iPhone 4S is locked is available in the updated version of Apple’s iPhone Configuration Utility but the ability to enable Siri’s “Profanity Filter” or to completely block location services are not. 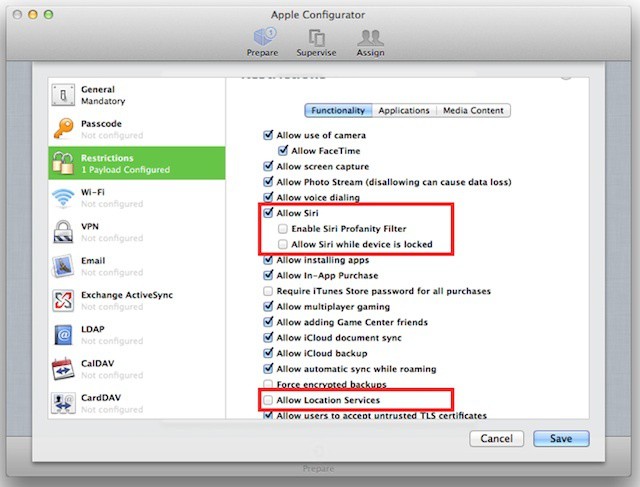 Note: Despite its name, the iPhone Configuration Utility can create and distribute configuration profiles to all iOS devices. 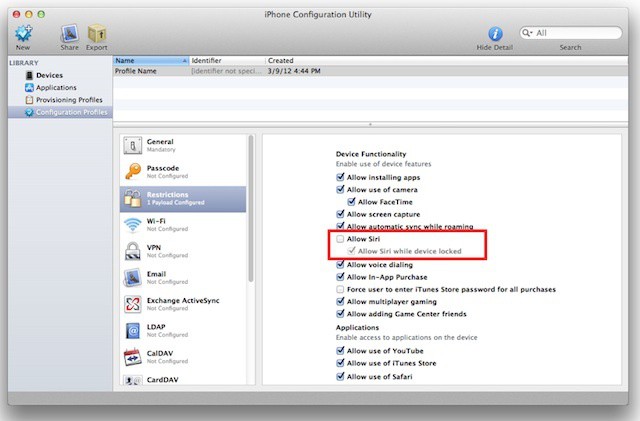 The Siri options can also be set manually on a device using parental controls-style Restrictions feature (Available in the Settings app under General). Restrictions also allows the ability to prevent changes to location services settings. This can be used to ensure location services turned off cannot be turned back on or, if they are enabled, it can be used to ensure that they cannot be turned off. 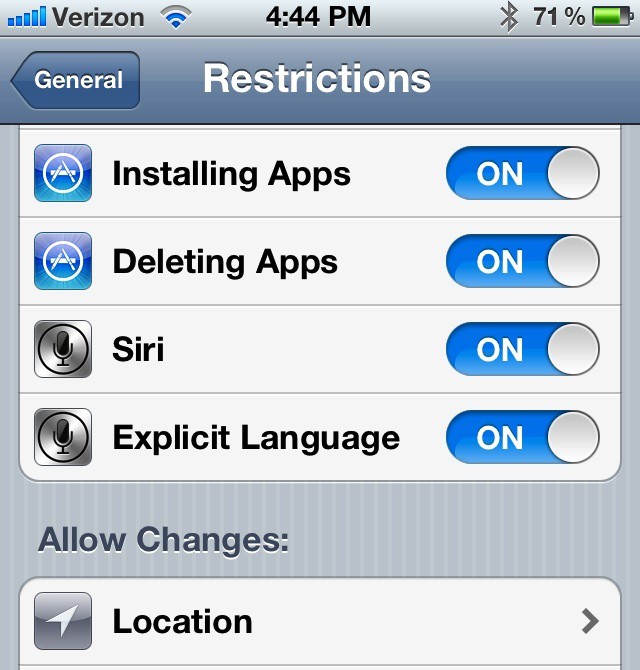 Configuration profiles are relatively simple XML data sets and they mirror the major management features that Apple allows MDM vendors to control on managed devices. That means that it’s likely we’ll see these options added in updates to the various MDM vendors that support iOS devices.

In addition to the management-related features added to iOS 5.1, Ars Technica also lists a couple of additional unannounced features: an increase in iTunes/App Store download size limit while on a carrier network instead of Wi-Fi to 50MB (up from 20MB) and the use of a 4G data indicator on the iPhone 4S when using AT&T’s HSPA+ network (whether HSPA+ should be considered to be 4G is debatable).