There are many other development tools available besides the free copy of Xcode that comes with every Mac. LiveCode 5 (starts at $99; $49 for upgrades), a development tool running on Mac OS X and other operating systems from RunRev, gets it inspiration from the programming language HyperTalk. It is designed with an intuitive user interface to make application development easier using a language that uses an understandable English-like syntax. You can use it to create your own iOS apps.

Just like Hybercard, you start out with a blank deck of cards set up in a stack. You add a plethora of interface design elements to each one using a selection of available elements such as: buttons, check boxes, fields for entering text, images, static text fields, etc. You do this my dragging and dropping the elements wherever you want them on one of your cards. This allows for simple WYSIWYG layout and design implementation.

LiveCode 5 is a quick and powerful package for app design. It will allow you to develop apps with a lot of support for the features offered by iOS. The list of items it supports is rather extensive, but if I had to name a few I would mention support for scrolling, graphics, the accelerometer and motion detection, multi-touch gestures, media playback and much more.

The design elements, applied to the cards, are tied together and thus forming an app using the English-like language that I mentioned earlier. That language is not unlike most scripting languages that associate the scripts with the design elements. You do all your development and testing in real-time, which allegedly means you’ll do less debugging. I don’t know about that, but once you are done with the coding and design you are one click away from testing your app in the iPhone Simulator that ships with Xcode.

It is quick, fast and easy once you get the hang of it. You’ll find yourself spending less time working, because of the language used along with the LiveCode 5 IDE and the design elements means less time spent coding and debugging. If you tried to create the same project in Xcode, writing in Objective-C, you might spend a lot more time trying to work out all the kinks. RunRev likes to think that the real-time aspect of development with LiveCode 5 versus other tools will make you a happy developer.

The latest version LiveCode 5 offers a lot of new enhancements and support for iOS 5 development. Some of these enhancements are:

LiveCode 5 is a development tool created by a third party, and it could lag a bit behind in the features it can support on iOS. Unlike Xcode, Apple’s official iOS development tool, which will always be able to support the latest and greatest features of iOS as it is updated. However, so far RunRev is managing to keep up with Apple’s releases of iOS.

LiveCode 5 is worth a look if you are new to development, interested in deploying your apps to multiple platforms and if you want to find something that might be easier to code with than Xcode and Objective-C. Although Xcode and Objective-C are more mainstream, you can only develop software for Mac OS X and iOS. LiveCode 5 gives you more platform deployment options and you can try it for free along with a free course in mobile app development that starts December 6th. Give it a try. You’ve got nothing to lose but your time. Time that might turn you into the next big game or app developer! 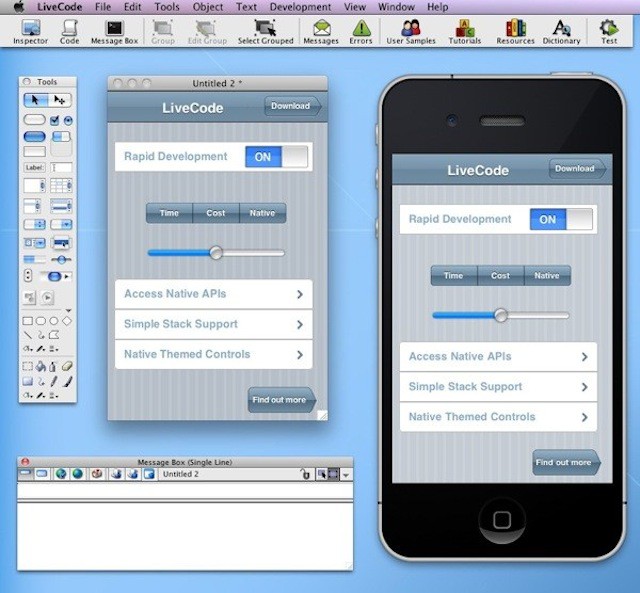 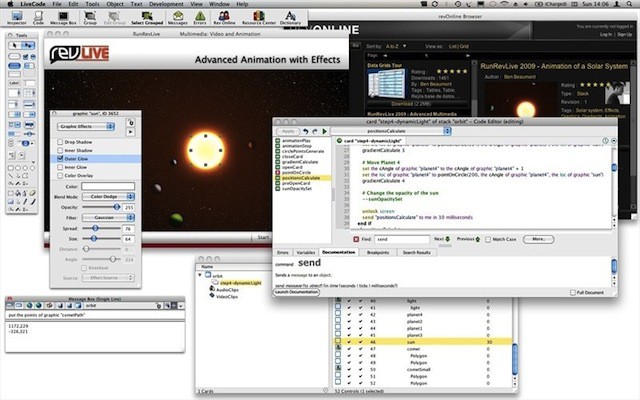