A year and a half in, Apple TV+ remains something of a black box. Ever since the streaming video service’s launch in November 2019, Cupertino has refused to reveal hard data about just how well Apple TV+ is doing.

In some respects, the future looks promising. Apple TV+ continues to add high-profile projects to its production queue. Apple TV+ shows and movies continue to rack up awards. And upcoming originals like an epic sci-fi adaptation of Isaac Asimov’s Foundation and the second season of surprise hit Ted Lasso are generating buzz.

Still, the Apple TV+ library continues to be dwarfed by rivals like Netflix and Disney+.

So what does the future hold? And what does “success” look like for Apple TV+ anyway? Cult of Mac asked the Entertainment Strategy Guy, a pseudonymous entertainment executive who writes about the business, how Apple TV+ is faring and what to expect next. His responses have been lightly edited for clarity.

Q: Apple has yet to give hard figures about subscriber numbers and, within that, actual paying subscribers. What’s your sense of how Apple TV+ is doing so far?

Globally, I don’t think the numbers are, frankly, much better. Most of Apple’s content is U.S.-produced, so it won’t travel as well as some other shows. Moreover, they don’t have a library to draw in other customers. Given the lack of firm reporting on Apple’s uptake, we have to rely on third-party firms. And no matter who is measuring it, Apple TV+ definitely lags in subscriber counts.

Building a library of original video

A: I’d say two things are at work here — one they can’t control, and one they can. Building a movie studio from scratch takes time. You have to develop the systems, processes and institutional knowledge to produce TV shows and movies. Even if you hire a lot of Hollywood executives, building institutional knowledge is a process that takes time. We’ve seen lots of hiccups at places like Netflix and Amazon Prime Video, but those took place five to eight years ago now for the original streamers.

The thing Apple could control — which gives you the time to build up original content — is having a library of content for customers to watch beyond just originals. For whatever reason, Apple TV+ execs decided they will not pursue that. My guess is that they view the rest of the streamers on Apple TV [the device, not the streaming service] as their library content. That seems like a strategic mistake.

Q: Apple has a different, slightly more complex business model than, say, Netflix when it comes to a streaming service. Netflix makes its money selling Netflix subscriptions. Apple also sells subscriptions, but it makes most of its money from hardware. If the availability of Apple TV+ makes someone 5% more likely to choose an Apple device, that could make it worthwhile for the company, even if they’re not a guaranteed long-term subscriber. How does this change the way we should assess the success of Apple TV+? Am I overthinking what success means for Apple?

A: You’re not overthinking it, and not wrong. But I’ll clarify that I’ve seen some confusing conversations around Apple’s video investments. I’ve read some folks say that Apple TV+ is simply a driver of more device sales — like selling more cellphones. But then other folks say that Apple is pivoting to generating more “services” revenue, as exemplified by the Apple One bundles.

But you can’t have both, can you? If you lose money on services to sell devices, but device sales are slowing, then you can’t point to growing device sales as the rationale. I’d actually bet that [Apple CEO] Tim Cook’s goal is both: He wants to make more revenue from selling services, while increasing the number of phones he sells at the same time.

On the one hand, we’ll likely never find out if Apple’s strategy is working from a financial perspective. We just won’t have the data. Presumably Apple will be able to tell — they just won’t ever tell us. That said, it doesn’t really matter. If the strategy is working, it will only be because their service is genuinely valuable. And if it’s valuable, they’ll have lots of subscribers. 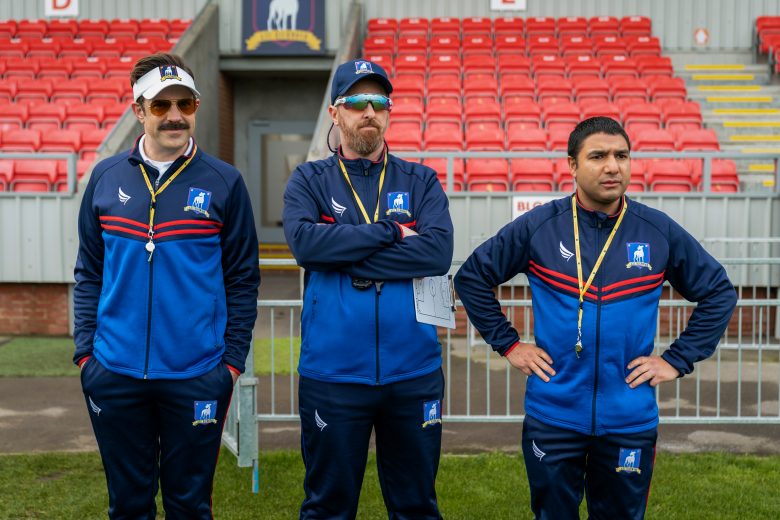 Q: As you mention, Apple generally avoids buying up existing properties. That seems smart from the perspective of owning original intellectual property. But it also means having to build its catalog from the ground up. Is that a mistake?

A: It depends on your time frame. Having to build everything from the ground up takes time, and requires even more marketing to break through in a very — and increasingly — crowded viewing landscape. Long-term, though, owning wholly owned original shows and films decreases your costs. Disney is the primary beneficiary, right now, of eight decades of mostly wholly owned originals.

A lot of early Netflix originals were, and are, owned by other companies. That means one day, for example, we’ll see Orange Is the New Black on another streamer, [since] it’s owned by Lionsgate. Apple is avoiding that. But without a library, this makes the lack of content right now even more glaring.

Q: What do you think Apple could do to improve the success of Apple TV+?

A: More shows is the answer, via buying a library. That’s the best immediate impact, though I doubt it happens. It seems clear that their goal is to focus on the Apple TV device, and TV+ as a lure to bring customers in. In that sense, the focus on TV+ is probably less impactful than making Apple TV (read: the streaming box) a really, really quality device folks want to use.

Q: How do you see the streaming wars playing out over the next couple of years? Are we going to see any big industry-shifting trends or shifts in the “leaderboard” in your view?

A: The streaming wars will be increasingly competitive. I think that second tier of streamers — Disney, Amazon, HBO, maybe Peacock, maybe Paramount+ — will grow closer to Netflix. Customers will have a few different streamers, [including] free streamers, so their attention will be split. This could hurt Netflix’s share price, but they’ll be the biggest streamer for the foreseeable future.