It’s been one heck of a busy year for Apple, and we’ve got the devices to prove it! Truth be told, despite Apple’s shrinking share price, this has been one of the company’s best years in a while for hardware.

What was the cream of the 2018 Apple crop? Here’s how we rank Apple’s major new product launches for 2018.

2018 was a great year for Apple hardware, so I feel pretty bad putting anything in last place. The sixth-generation iPad introduced at Apple’s education-focused tech event in March is here more by default than due to any failure as a product. It upgraded the 2017 iPad with Apple’s A10 Fusion chip and support for the excellent Apple Pencil.

Marketed toward the education market, this was a more affordable iPad — costing $329 for regular customers, $309 for students, and just $299 for schools. On the downside, it missed the quad speakers, Smart Connector and superior display technology of the more expensive iPad Pro.

It doesn’t help its ranking that this was the last of the old model iPads before Apple went back to formula with the 2018 iPad Pros, released approximately seven months later.

Released in February, the HomePod marks Apple’s entry into the smart speaker market largely pioneered by Amazon. (And arguably improved on by Google.) Its pitch is, essentially, “Amazon Echo with better sound quality,” thanks to Apple’s smart acoustic calibration system and high-end speaker quality.

It’s pricier than its rival smart speakers, but about in line with what you’d pay for a similarly sized audiophile speaker made by a company like Sonos. If HomePod has a major weakness it’s its inflexibility. It didn’t ship with basic features like the ability to set multiple timers (these have now been added), and Siri lags a long way behind some of its A.I. assistant competitors. Oh, and you only use Apple Music unless you want to fiddle around with AirPlay and another device.

As of now, HomePod is still very much a bit player in the growing smart speaker market. There’s a lot for Apple to build on in HomePod v2, but for now this doesn’t quite cut it.

The MacBook Air is one of the most attractive laptops Apple has ever created. With its gorgeous Retina display, smaller bezels, and and an ever slimmer-than-before form factor, it takes everything we loved visually about the MacBook Air and brings it up to date.

However, while this is a stunner of a computer, its performance is merely… adequate. Sure, so the MacBook Air was never intended as a powerhouse laptop, but given its $1,199 price tag, users may feel a little short changed if they’re expecting performance to have undergone the same upgrade as its appearance. 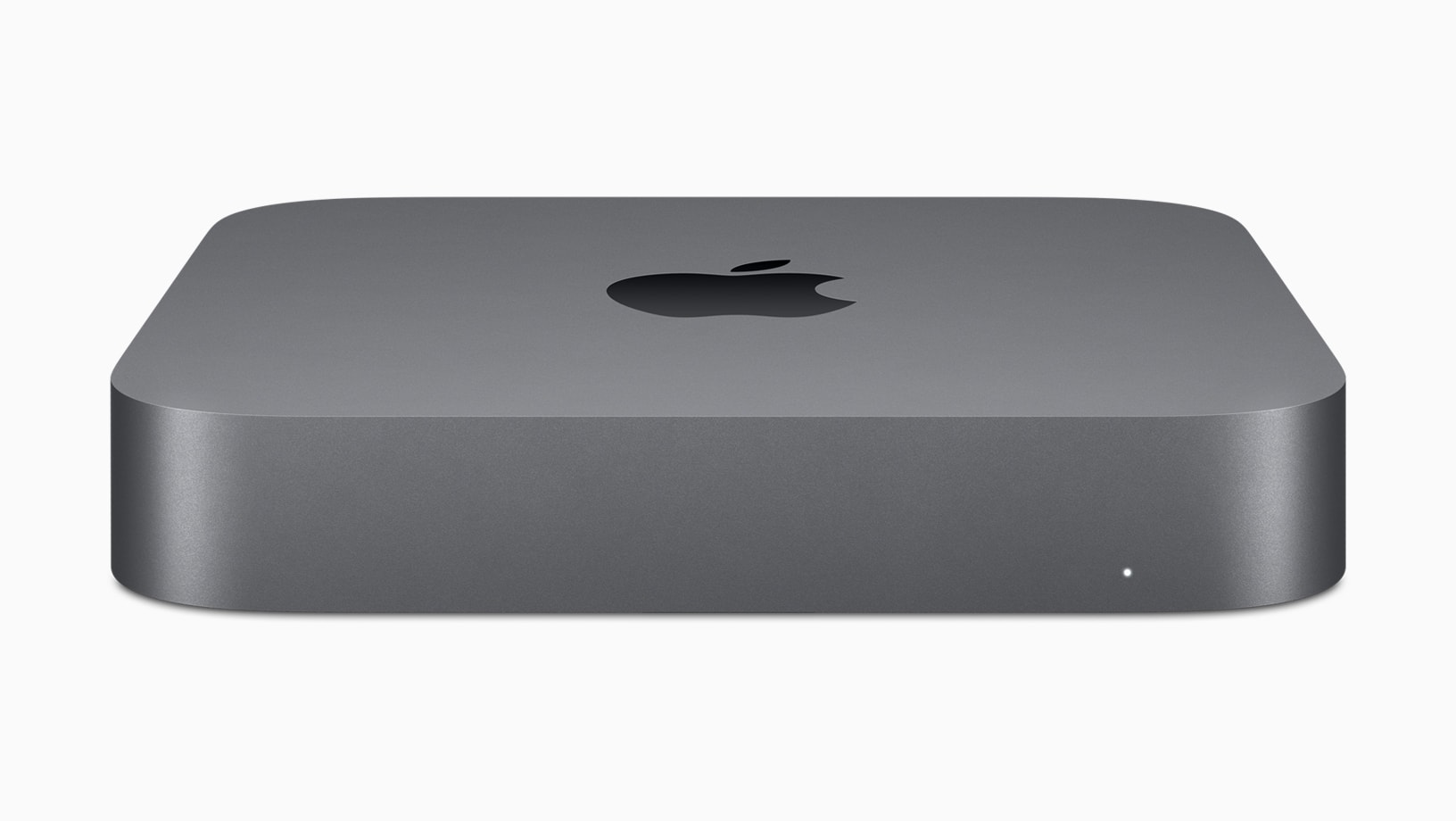 The Mac mini hadn’t seen an upgrade in four years before Apple gave it a much-needed update this year. Visually, very little had changed over the intervening years, with the notable exception of its new space gray color. While it’s a whole lot pricier than its predecessor (that’s something of a theme with Apple’s current updates), it does offer an appropriately pro-level experience.

The six-core models (complete with Apple’s T2 chip) should be able to handle most tasks you throw at them. Meanwhile, its plethora of ports and *gasp* expandability makes this something of a rarity in modern day Apple. The new Mac mini isn’t a reinvention of the wheel, but it does remind us why we needed the wheel in the first place.

Anyone who has watched Apple for some time will know that major event-style product introductions are kind of its thing. Which is why it’s kind of weird that the 2018 MacBook Pro refresh kind of just snuck in the back door without too much fuss.

That’s weird precisely because the MacBook Pro is worth making a fuss over. It’s arguably the best Mac that Apple makes right now — from its True Tone Retina display to its powerful innards and Radeon Pro Vega Graphics. Okay, so the Touch Bar is still unnecessary in my opinion, but this is a very solid laptop all the same.

I don’t think there’s been an Apple device that interested me less than the Apple Watch early on in its lifespan. Despite an attractive design and some innovative UI elements, the problem really came down to one question: “What could your Apple Watch do that your iPhone couldn’t?”

Judging from the reaction of others I’ve spoken with, I wasn’t alone in thinking that way. Fortunately, Apple’s worked hard to rectify this conundrum — and turn the Apple Watch into a bona fide standalone product that offers some really useful functionality.

The Apple Watch Series 4 is arguably the first “must have” Apple Watch. It sports a slightly slimmer form factor, augmented by some neat under-the-hood improvements. Chief among these are a new ECG heart sensor, along with fall detection that’s capable of calling for help if you take a tumble.

Combine that with the greater levels of iPhone independence introduced in the Series 3 Apple Watch, and you’ve got a very compelling device.

They improve on the iPhone X’s already very sturdy foundations — but add impressive hardware upgrade like the A12 Bionic chip and superior cameras. When the history books are written, 2018 is likely going to be the year in which iPhone sales stop their miraculous levels of growth.

But don’t for a moment think that’s because Apple’s flagship phones disappointed this year. Make no mistake: in a year in which Apple’s hardware efforts were second to none, these were an undisputed highlight.

A bit like the favorite T-shirt you were wearing the day you got mugged, the iPhone XR carries a slightly negative connotation thanks to all the rumors of declining demand. These rumors have pushed Apple’s stock off a cliff (or, at least, a steep hill) since the stock price peaked in early October.

But there’s simply no getting around the fact that the iPhone XR is a great phone. It doesn’t offer all the features of the super high-end iPhone XS and XS Max. There’s no OLED display, for example. However, you get the thinner bezel design, Face ID, and Apple’s newest powerful processor for less money than a top shelf iPhone XS or XS Max.

Add in the range of colors, and this may be Apple’s most attractive iPhone ever created. Even if it’s not quite at the top of our list.

Top spot on our list could go to nothing other than the iPad Pro. Apple’s early 2018 iPad refresh was an acceptable incremental upgrade, but this was the real thing. The new iPad Pro is, hands down, the biggest iPad refresh Apple has rolled out since it introduced the iPad way back in 2010.

It keeps the larger screen sizes of the previous iPad Pros, but trims down the bezel so that it resembles the newer iPhones. The True Tone display is a thing of beauty, and innovations like Face ID carry across perfectly. Some may quibble about abandoning the Lightning port in favor of USB-C.

However, we’re happy to accept it due to how much USB-C offers through one single cable. Oh, and the new Apple Pencil improves on what was already one of the greatest accessories Apple has ever released. In all, a true game changer.