Apple’s biggest keynote of the year is just days away and while the iPhone XS will be the main attraction of the event, Apple Watch Series 4 could steal the show with a bevy of new features.

Rumors about the Apple Watch Series 4 have been heating up leading up to next week’s event. Leaked images of the new wearable have already surfaced online, but there’s still a bit of mystery surrounding the new gadget.

Here’s everything we know about Apple Watch Series 4: 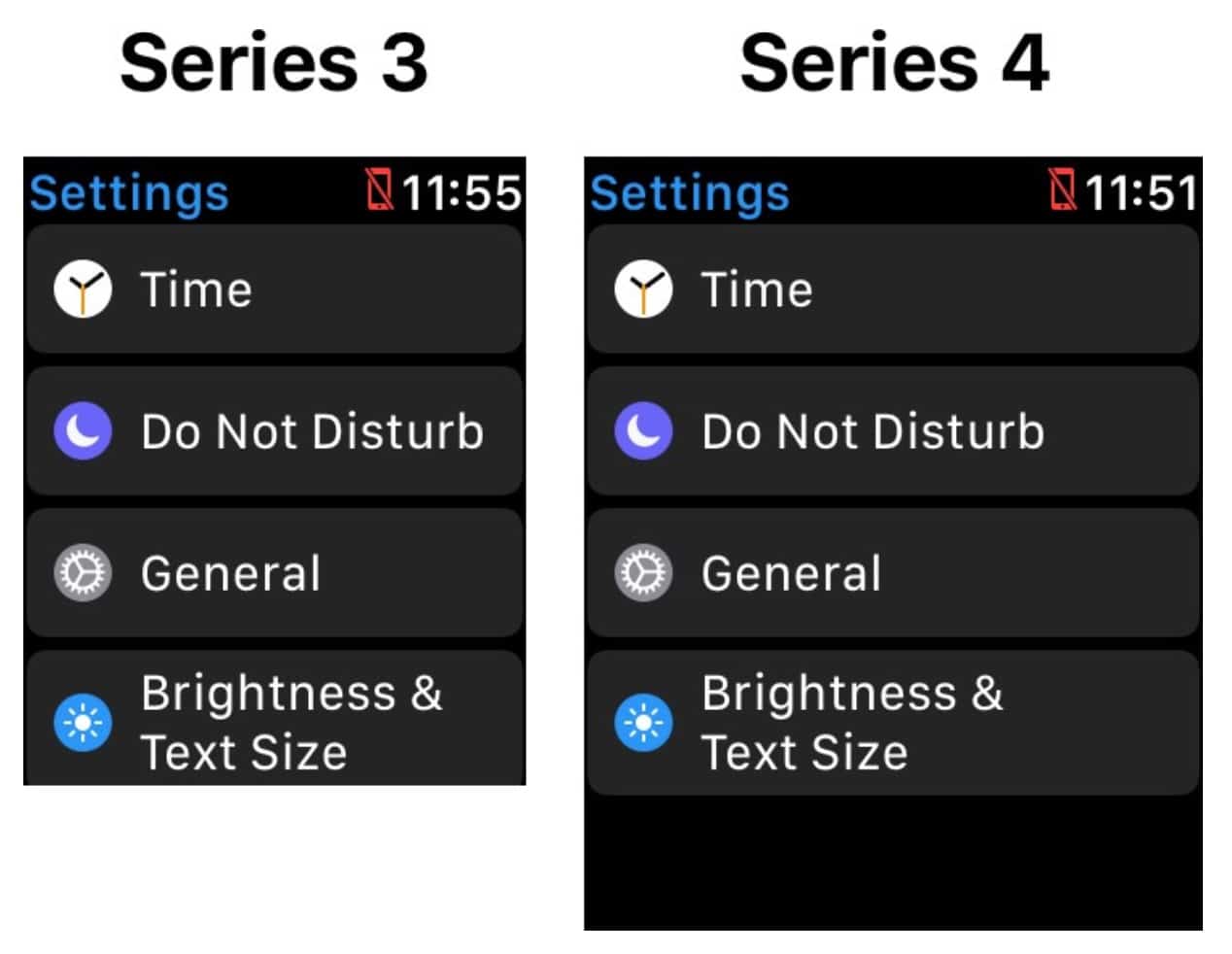 After keeping the same screen size for the last three models, Apple is set to go bigger in 2018 with a 1.9-inch screen on the Apple Watch Series 4.

The extra screen real estate is being made possible by shrinking the bezels. It should give wearers about 15% more space. Leaked info from watchOS 5 revealed that the resolution on the 42mm model will be 384×480. By comparison, the Apple Watch Series 3 display has a resolution of 312×390.

Apple is supposedly adding an electrocardiogram (ECG) to the Apple Watch Series 4 which is made possible by switching to a ceramic back. Adding an ECG gives Apple the ability to detect and even predict more health conditions.

AliveCor already makes an ECG Apple Watch accessory that’s approved by the FDA, so it might not be much of a stretch for Apple to add one into the watch itself. Previous rumors claimed Apple’s version of an ECG requires the wearer to squeeze the Apple Watch with two fingers. An imperceptible current is then passed across the person’s chest to detect irregular heart rates and abnormalities.

The most wanted new Apple Watch feature is definitely better battery life. Current battery life is longer than 24 hours but the watch could get a significant boost this year. With the bigger, thinner display, Apple should have room for a bigger, more powerful battery. Some of that extra juice could be used on new sensors and other features, but hopefully, it also means you only have to recharge every couple of days instead of every night.

While most of the design elements for the new Apple Watch will be the same as the last models, Apple is making a small change to the Digital Crown. There’s an inner outline on it instead of a full red dot. It’s probably being added as a way to distinguish it from the Series 3 watches. Apple is also putting a small hole underneath the Digital Crown, most likely for a microphone.

The side button looks a little more flush signaling towards the buttons being solid state, kind of like Touch ID buttons on the older iPhones. Not only does this help Apple with making the iPhone more waterproof but could signal a phantom haptic-enabled click sensation similar to that of the previous iPhones.

Having to raise Apple Watch to turn on its display has been one of the biggest gripes against the gadget, but that could finally change this year. With more battery life and a more efficient OLED display, an always-on display could be on the way.

The feature would give users the ability to see the time — and possibly other information — without having to raise their wrist every time. But Apple wants to make sure OLED burn-in doesn’t become a problem. We’ve seen patents showing that it’s developing a workaround for this but we’re not sure if the feature will be ready for the Apple Watch Series 4 or not.

GPS tracking on the Apple Watch Series 3 can be pretty spotty but it might be getting an upgrade in 2018. watchOS 5 revealed loads of new features for runners including Cadence, Rolling Mile Pace and Custom Pace Alerts. Cult of Mac‘s resident runner Graham Bower thinks it could hint at better GPS.

One major benefit of the rumored plus-size Apple Watch Series 4 is that it will have space for a better GPS sensor, and more GPS satellite signal can reach it through the larger screen. Since radio signals can’t permeate the device’s aluminum or steel enclosure, the size of the screen aperture matters.

The thing that might stand out the most on the Apple Watch Series 4 is how many complications fit on its bigger display. The leaked image we’ve seen shows no less than nine different complications. And, oh yeah, the time.

Apple will offer an analogue Watch face that simultaneously displays a timer, the temperature, the next calendar event, day and date, activity rings, a visual representation of where the sun is shining on the Earth, music playback status, the current UV index and the time until sunset all around and behind a standard set of clock hands.

Of course, you’ll also be able to choose a more simplified watch face too if you find the new one to be way too busy, but all those options will be nice.

Per usual, Apple will make the Apple Watch faster this year. It’s sure to include a speedy new S4 processor. Apple is also looking to make customized processors optimized to make sense of health information from sensors at a faster rate than the S series processors. It’s unlikely that such chips will make it into this year’s model, but the company will probably surprise us with some new internal hardware improvements that make Apple Watch even more delightful to wear.