When it comes to games, Apple trails behind Microsoft and the broader PC market. Though Cupertino’s hardware often sports cutting-edge specs, the fact is that gaming was never really the intended use for Apple machines.

Why this is, and whether it should prevent top titles from gracing Mac screens, is enough for its own article. Luckily, things are changing: From sprawling strategy games to genre-bending first-person titles, 2016 gave Apple fans a harvest of great titles for Mac and iOS alike.

The availability of top-notch titles like these might signal that Apple is gradually edging into relevance as a gaming platform. Only time will tell, but what’s certain is that 2016 was especially fun for Mac and iDevice users. Here are our picks for the best iOS and Mac games of 2016.

The sequel to 2012’s award-winning turn-based strategy game XCOM: Enemy Unknown turned out to be worth the wait. Set on a future Earth run by a totalitarian alien government, XCOM 2 maintains a breakneck pace and intense tactical combat action in procedurally generated levels where cover is key. Plus, a diverse range of character types, special skills and team-building options make the game immensely replayable.

Players must forge connections and gather resources around the globe, while keeping their mothership operational and recruiting a fierce fighting force, making for large-scale strategizing that’s chock-full of tough choices and gut-wrenching consequences that resonate throughout the game. Whether or not you played the first one, XCOM 2 poses intense gameplay.

Get if from: Mac App Store

On the 25th anniversary of Sid Meier’s Civilization, the latest installment marks a satisfying step forward. It retains the core spirit of the game, which has lasted since its inception, along with the legacy of gradual tweaks to rules and layout that have accrued over time.

A number of small changes affect gameplay and campaign arcs — new builder units, more strategic barbarians, leaders with their own agendas, cities that spread instead of stacking. A significant shift in art style leans into a look that’s more vibrantly colorful than previous versions. Civilization 6 definitely stakes out a unique space while upholding the series’ traditions.

Get it from: Mac App Store

Triple-A games tend to press graphical limits, but many new games also charge into new territories of form. Orwell does so by performing as much like real life as a game, placing the player at a computer screen in the not-distant-enough future. Players interact with an omnipotent social media network/national neighborhood watch platform, advisedly called Orwell.

As a participant in the test phase of a baby Big Brother, your job is to observe and report on events in the world and on your interactions with others. Of course, you as the player are also being watched, so the intrigue starts quickly and runs deep. Each decision to file a report possibly carries drastic consequences for someone (maybe you?). In our day and age, the innovative Orwell does more than deliver a new form of gameplay — it suggests how eerily normal totalitarianism might come to look and feel in our connected future.

Get it from: Steam Store

If you thought you knew first-person shooter games, you haven’t played Superhot. In this reimagining of the genre, the action only moves when you do. This simple mechanism creates brand new ways of playing a familiar form.

Each move forces you to consider the next, allowing for interesting new strategies for making it through firefights and allowing you to pull off, in one pass, the kinds of stylish shootouts you see in the movies. Throw in a hip, abstract visual style and you’ve got a game that’s as much a sendup of the genre as an ode to what’s best about it. Small wonder Superhot has earned praise from critics and gamers all over.

Get it from:  Mac App Store

In games as in life, oftentimes the joy is in the journey. And Firewatch is an adventure game that’s pretty much all about the journey. You take the role of Henry, a ranger in the imaginary Shoshone National Forest in 1989, patrolling a vast and gorgeous landscape modeled after Yosemite.

As poetic as it is fun to play, Firewatch has you encountering evidence not just of kids who don’t clean up their beer cans, but of a deep mystery that draws you into intrigue and a beautifully unfolding, dynamic world with regular cycles of day and night. Henry communicates with his supervisor, Delilah, via walkie talkie throughout the game. Their relationship builds over time in a compelling and convincing way, adding a unique emotional dimension. The brainchild of first-time game maker Chris Remo (who also composed the music for the game), Firewatch is lovingly made, and offers a break from the typical run-and-gun gameplay that typifies first-person games.

Get it from: Mac App Store

Day of the Tentacle Remastered

It’s not wise to mess with perfection, but remastering it is a pretty great idea. Day of the Tentacle is one of the most beloved titles in gaming history, one which helped define the point-and-click adventure genre that reigned in the ’90s. Put too simply, DOTT follows a trio of friends as they seek to stop an evil, talking purple tentacle from taking over the world.

The remastered edition includes high-definition, completely redrawn characters and environments, with remastered sound and music. While it might look and sound a bit like a Saturday morning cartoon, it’s a deeply funny and thoughtful game with genuinely challenging, often brilliantly designed puzzles, punctuated by entertaining sardonic dialog. At any point, you can switch back to the original VGA version of the game; developer commentary and a full concept art gallery make this remastering anything but redundant.

Get it from: Steam Store

Clash Royale is part collectible card game, part tower defense, part multiplayer battle arena. Throw in a pleasing pace and delightful character designs, and you’ve got a worthy addition to SuperCell’s line of super-popular, super-addicting freemium mobile games. No surprise then that Clash Royale was the most-downloaded, top-grossing app in the iOS App Store in the United States.

The basic goal of the game is to destroy your enemy’s towers and base. Clash Royale’s rules and mechanics are elegant enough to make it fun and action-packed, while allowing for elaborate and subtle strategizing. Players’ cards represent units with various traits that can be strategically deployed, forming the basis for long-term replay using massive decks, or quick runs with friends for casual play.

The gritty cyberpunk world of Deus Ex has been getting expanded upon for years, but until now it’s always been a first-person shooter. With Deus Ex GO, Square Enix elaborates on the formula it’s made work well with games like Hitman Go and Lara Croft Go, managing to make their characters, stories and environments work within the context of board-like puzzle games.

Playing Deus Ex GO’s star, Adam Jensen, you move him around like a piece on a gameboard through cleverly designed puzzles that require sound foresight and timing. Powers like hacking turrets and platforms add dimension, while using invisibility cloaks, and timing moves to avoid guards, provides tension and action — all within the familiar look and feel of the franchise. Each level takes players another step through a story of techno-dystopian intrigue that has left some people wanting, but which sits well within the Deus Ex canon.

OK, so this isn’t really a golf game — at least not the sort you’re used to. Super Stickman Golf 3 is more of a physics-based puzzle game than anything else, rich with diverse courses, collectible cards and a wacky list of power-ups to spice up the action.

Your goal? Tee off the ball so that it arcs, bounces, ricochets or otherwise finds its way to the final hole through impressive feats of physics. Standing in the way will be walls of dirt, puddles, buzz saws and all manner of obstacles that make each level a rewarding, silly challenge.

With a look and layout reminiscent of Worms, the third installment of Stickman Golf brings some of the best features of side-scrolling puzzle games up to speed with the mobile gaming craze kicked off by Angry Birds. It also adds features like asynchronous multiplayer (which goes a long way for replay value). 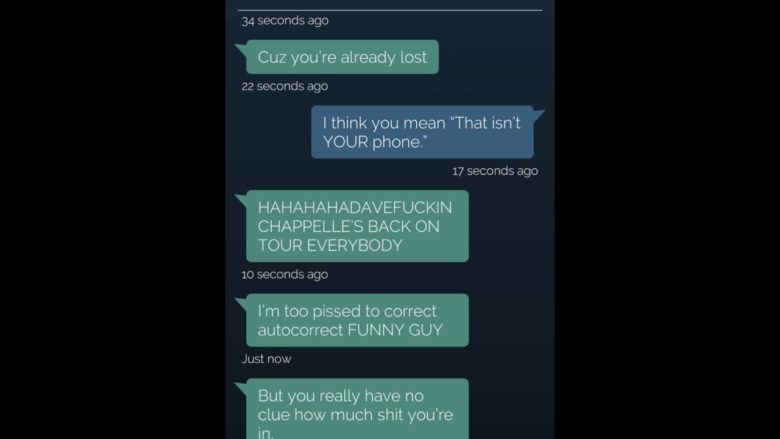 As an exploration of the possibilities and realities of ubiquitous networked
technologies in our lives, Mr. Robot has got people feeling a little more unsettled about what it all means, and whether it’s such a good idea. The mobile game based on the show captures that feeling and makes it tangible, bringing the ideas to a new level of uncanniness in gameplay that feels like the unhealthy texting habit many of us already have.

The story unfolds as you interact with a vast and mysterious cast of characters known to you only through your interactions with them over a familiar-looking messaging app. The interactions feel eerily convincing, complete with little bobbing ellipses to indicate you’re about to get a response. No sense spoiling the plot, but suffice to say that after a few minutes of playing, you might find yourself looking over your shoulder to make sure it’s still just a game.

There’s no sense denying it. Pokémon GO was a bona fide hit like no other, and it deserves a place on any “best of” list if only for that reason. Actually maybe something a bit more than a hit — a phenomenon.

The idea is simple: Turn the player’s own town into the playing grounds for an addictive, reward-collecting game mixed with a dash of augmented reality. Pokémon GO got people out of their houses and into the streets — and sometimes in the water — as they sought fill their Pokédex and battled to take over as many Poké Gyms as possible. In addition to iOS devices, this game works on Apple Watch as well, adding to the feeling of being a true Trainer. And with a certain coffee megacorporation now turning all their locations into Gyms, you’re not likely to see the end of this game’s ubiquity any time soon.