If you’ve been dying to watch Netflix offline, your life just got better. An update to the official Netflix app lets you download TV shows and movies so you can view them without munching through your data allowance.

Anyone who’s dreamed about watching Stranger Things or The Crown on the subway to work, or at 35,000 feet, this is your lucky day! Here’s how to get in on the action.

The update is available at no extra cost to subscribers. Just download the latest version of the Netflix app, which is available for iOS and Android. Then you can download “select TV shows and movies” to watch when you’re offline. 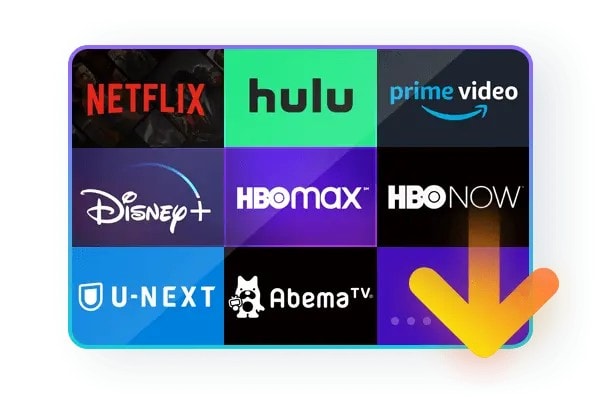 Another solution with less limitation is to use DVDFab Netflix Downloader, with which you can download all your favorite Netflix movies or TV shows for offline viewing easily and rapidly. The most important thing is that the videos can be downloaded with full HD 1080p quality, and be saved as MP4 files. Simply with several clicks, the lasting playback offline videos can be right in hand.
This post is sponsored by DVDFab Netflix Downloader.

How to watch Netflix offline

“Not all titles are available for download,” according to Netflix. “If you have a particular title in mind, you can search for that title and look for the download icon. If you are interested in browsing downloadable titles, select Available for Download from the Netflix menu.”

Once you find a movie or an episode of a TV show that you want to watch offline, tap the download icon on that video’s page. Once you’ve transferred the video to your device, you can find it in the My Downloads section of the app. You’ll be able to watch your video regardless of whether you have an active internet connection.

To speed up your downloads and save storage space, Netflix defaults to “standard” video quality. If you’re not worried about those things, you can select “higher” video quality.

To do that, tap the Netflix app’s Menu icon. Scroll down. Then tap App Settings. Under Downloads header, tap Video Quality. Select Higher to opt for bigger, better video files.

After you’ve watched the video, you’ll probably want to delete it because the files are so large they will quickly clog your iPhone or iPad. To do that, go to the Netflix app’s Menu icon. Tap My Downloads. Then tap Edit on the upper-right (for Android devices, tap the edit icon). Tap the red X icon to delete the title from your device.

The new feature comes at a time of massive disruption in the television industry, as traditional models for content production, distribution and consumption evolve for the internet era.

Video consumption on mobile devices is soaring, with nearly half of all viewing done on smartphones and tablets.

Meanwhile, cord cutters are ditching cable and satellite TV subscriptions as they move to on-demand services like Netflix and Amazon Prime, which serve up binge-ready series through smart TVs and streaming devices like Apple TV or Roku. (DirecTV Now, a streaming service offering various “skinny bundles” of content for cord cutters, launched today with a free Apple TV offer.)

Last summer, industry insider and Penthera COO Dan Taitz promised that “download-to-go” would be available on Netflix by the end of the year. Rival service Amazon Prime Instant Video added similar functionality last September, a move that pressured Netflix to match the feature.

Does offline viewing availability have any bearing on your likelihood of subscribing/staying subscribed to Netflix? Leave your comments below.