Apple’s new AirPods may look dork as hell when you wear them, but they’re already proving to be more popular with fans than the new Apple Watch Series 2.

Based on a new survey of US consumers by Bank of America, about 12 percent of of respondents say they definitely will purchase the shiny white AirPods, and it could mean billions for Apple. 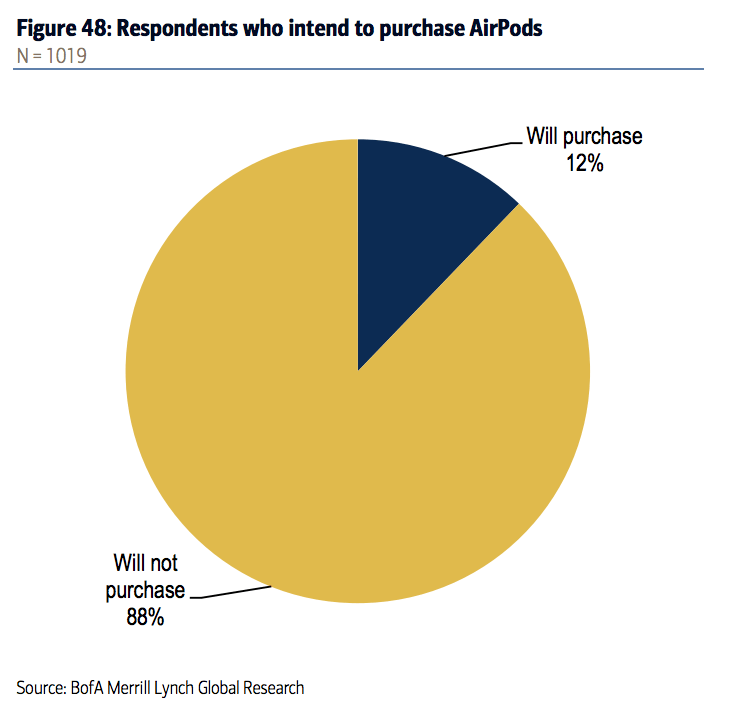 Apple unveiled the new wireless AirPods at a keynote this month alongside the iPhone 7. The earbuds are set to go on sale next week for $159 which is cheap compared to the competition, but the Bank of America survey found that 40 percent of Apple fans think they’re too expensive.

More than 55 percent of respondents said their current headphones are good enough, so they don’t plan to upgrade. If Apple is able to convert the 12 percent of fans who do want the AirPods it will translate to about $3 billion in revenue this year.

As for the Apple Watch Series 2, only 8 percent of those surveyed said they intend to buy the new model. Apple hasn’t released individual sales for the Apple Watch since it debuted in 2015 and if Bank of America’s survey is an indicator of future success, it will probably keep those numbers secret for a bit longer.