Life at Apple has been phenomenal ever since Tim Cook took over as CEO. AAPL shares are up 120 percent. 750 million iOS devices have been sold. $100 billion was returned to shareholders. And Apple just became the first $700 billion company in history.

To celebrate a successful 2014 campaign, Cook sat down with Goldman Sachs President Gary Cohn today to talk about how Apple achieved its unbelievable results, as well as what other tricks the company has up its sleeves.

Apple doesn’t believe in the Law of Large Numbers

Analysts have questioned whether Apple can continue to increase iPhone sales year-over-year. There’s got to be a ceiling somewhere, but according to Cook, that’s not something the company ever thinks about.

“We don’t believe in laws like the law of large numbers,” explained Cook. “Steve ingrained in us that putting limits on your thinking is never good. So we’re never focused on the numbers. We’re focused on the things that produce the numbers… We’re a product company.”

Spaceship campus will be solar powered 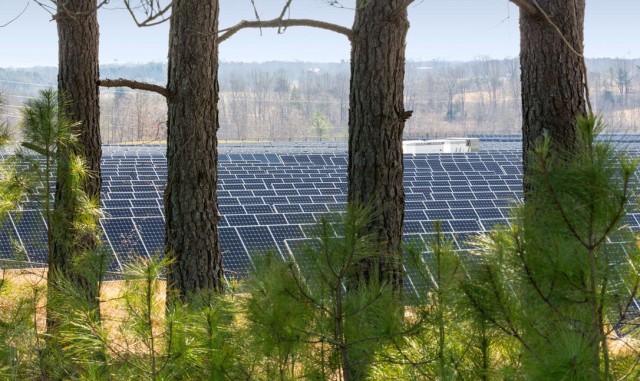 It’s hard to think of another company that has taken climate change as seriously as Apple the past few years. The company plans to power all of its corporate and retail office with 100% renewable energy, and Cook just announced they’ve partnered with First Solar to build a 1,300-acre solar farm in Monterey, California.

“We know at Apple that climate change is real,” said Cook. “Our view is that the time for talk is past and the time for action is now. We’ve shown that in what we’ve done. We’re running all our data centers on renewable energy.”

The solar farm will cost Apple $850 million and generate enough energy to power 60,000 California homes. The energy generated will be fed into the new Apple campus, as well as other corporate offices, data centers and retail stores in the state of California. 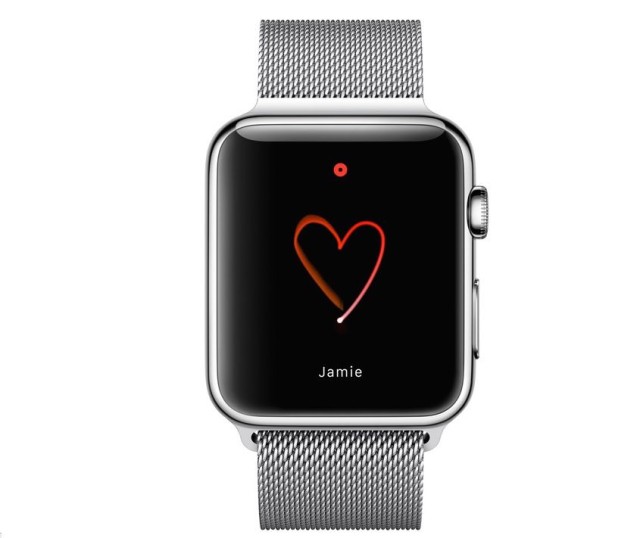 What makes Apple Watch special? It’s something a lot of Apple fans have debated since the big unveiling in September. In Tim Cook’s eyes, the biggest sell for the Apple Watch will be that it can change your life. And it’s totally customizable to what you want.

“There are several things that are called smartwatches that are shipping, but i’m not sure you could name any,” Cook said. “There are none that have changed people’s lives. At Apple, that’s our objective. We see the Apple Watch doing that.”

The most exciting Apple Watch features won’t actually come from Apple though. As we’ve said before, third-parties will shape the future of Apple Watch more than anyone, and Tim’s totally cool with that.

“The things that 3rd parties are working on I’m super excited about. Everyone’s going to have their favorite thing, just like when the App Store came out,” explained Cook.

Tim Cook took a moment during his interview to point out that were was a whole lot of dudes in the building, but not enough ladies.

“I see too many men in the audience,” said Cook. “You need more women and more diversity.”

Tim obviously hasn’t looked at his own leadership page in a while.

Apple is not a hardware company

The debate over whether Apple is truly a software company or a hardware company has raged among Apple fanboys for decades, but Tim Cook squashed it once and for all tonight.

“Apple Pay was only possible because we were able to design the hardware, the software, and the service. You could imagine trying to do this with other companies and you’d pull your hair out.”

Apple Pay is bigger than Cook thought it would be 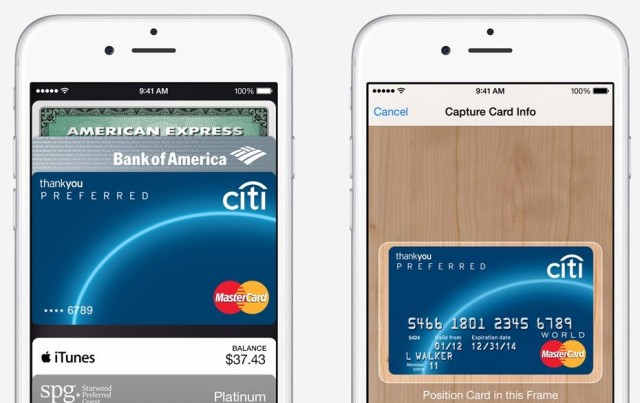 Apple Pay barely launched by the end of 2014, yet it’s already become the most popular form of mobile payment at many retailers across the U.S.. Tim said Apple Pay’s early success has surpassed even his expectations.

“Apple Pay was about doing something simple,” explained Cook. “It had to be easier than pulling out your wallet and taking out a card. I think we’ve come up with something that people love to use. Panera Bread told us 80% of their mobile payments are on Apple Pay…. The response has been incredible. I would never have predicted we’d be where we are now.”

“We think customers will go to people they trust with their data. Because it’s not just sharing one thing that’s going on now. It’s that people unknowingly sharing a number of things in their lives, and then someone can connect the dots and learn 10 things about them that they didn’t want anyone to know.”

With HealthKit and Apple Pay giving Apple more opportunities for Apple to monetize data, Cook said Apple isn’t looking into getting into that type of market.

“We believe customers have the right to privacy,” said Cook. “We make money when you buy one of those [pointing to an Apple Watch]. We think that’s the way customers want us to look at the world.”

Tim said his credit card details have been stolen three times. Three times! Cook highlighted “not having to carry around you credit card” as one of Apple Pay’s biggest features because it reduces theft and fraud.

“With Apple Pay we never give the merchant your credit card number. We don’t even know what it is.” 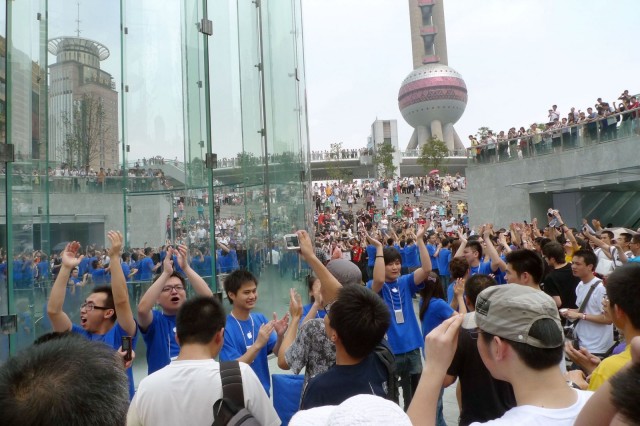 Gary Cohn asked Tim Cook whether iPhone sales will always be sustainable if Apple only pursues high-end devices, rather than making cheaper handsets too. Cook immediately dismissed criticism that Apple needs to make cheaper iPhones to survive in places like China.

“It’s a bunch of bull! It’s not true,” exclaimed Tim. “People everywhere in this world want a great product. They may not be able to afford it. But ff we do our jobs right and keep making good products, I think there’s a good business there.”

How Apple took over China

China bought more iPhones than the U.S. for the first time ever last quarter, but Apple’s future wasn’t always so rosy in China. Just four years ago the company was getting dominated. Cook credits the turn around to Apple’s expanded presences in the country by opening up new flagship stores and creating 40,000 more points of sales in China.

“More than anything we put our personal energy into it and tried to respect it and it started to work.” said Cook. “I still think we’re not too far from the surface. That country has such an enormous amount of people moving into the middle class, I’ve never seen anything like it.”

Cook said there are other areas in the world where Apple still hasn’t spend enough energy trying to break into. India was specifically mentioned as Apple’s next potential big market.

Apple wants to change the way we work

Apple partnership with IBM is a huge deal for Apple. The company has decided its new mission is to change the way people work, and the only way they can get there is with IBM’s specialty.

“I couldn’t be happier with how it’s taken off right now,” said Cook. “I really think it’s big. This is not a small thing. The truth is, enterprise hasn’t moved to mobility like consumers have.”

“Both of us bring a significant amount to this. We want to change the way people work.” Cook said. “We knew we needed to partner with someone and we looked around and it became clear to us that IBM would be a fantastic partner.

Future of the Mac

Apple Watch, iPhones and iPads have stolen the spotlight from the Mac over the years, but Apple still sees a ton of potential in the personal computer market and doesn’t plan to abandon the Mac anytime soon.

“I think it has a bright future,” explained Cook referring to the Mac lineup. “We’re innovating like crazy in it. We came out with the Retina 5k iMac. Our notebooks have incredible battery life. The OS is unbelievable. We’re the only company that has a mainstream desktop operating system and a mainstream mobile operating system. Nobody has both but us, so we can continue to give people an experience that’s a jaw-dropper.”