SAN FRANCISCO, MACWORLD/iWORLD 2013 – Moscone West has been packed with exhibitors for the last three days as they peddle their latest wares to the Apple faithful. We combed through all the booths, and while there were a ton of underwhelming products, Macworld 2013 did feature some really cool stuff. 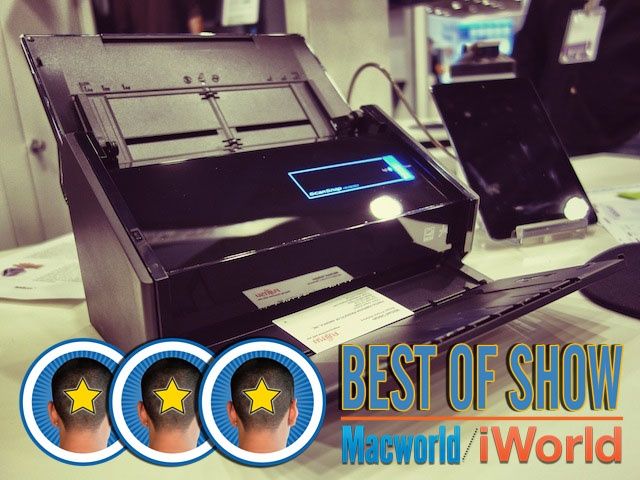 Adapting to the the Digital Age isn’t easy for everyone. We know quite a few people who insist on keeping a paper copy of every receipt, order, business card, fax, and letter, rather than throwing them away. If you’re one of those types that wants a record of everything, Fujitsu’s ScanSnap iX500 is the best scanner we’ve seen.

The ScanSnap iX500 is designed to be easy to use, implementing several innovative features. Since the scanner can handle up to 25 documents per minute, it has technology built-in to make sure that only one sheet passes through at a time, eliminating time consuming paper jams.

In addition, the ScanSnap software will automatically identify and create editable fields on documents, detecting valuable information such as contact numbers which can then be fed right into Address Book. It’s not a gadget that will make you swoon with excitement, but it’s the thing that’s most likely to make a positive impact on your work life. 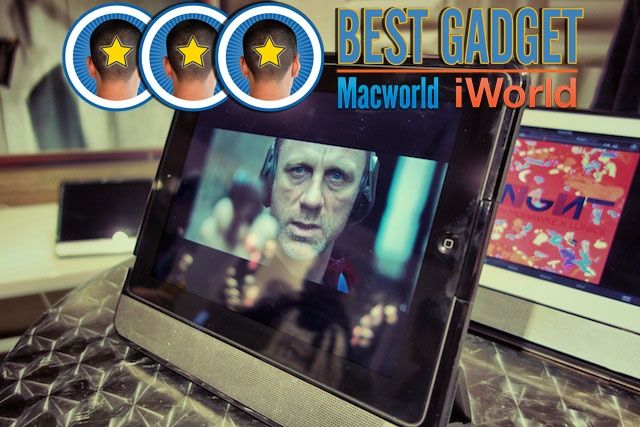 The iPad’s speakers are decent, but they’re not great. If you like watching a lot of movies on your iPad you probably use headphones a lot so you can hear all the whispers of dialogue along with huge explosions.

Belkin debuted the Thunderstorm at Macworld this week, and it’s the perfect solution for movie aficionado. By adding an extra speaker onto your iPad, the Thunderstorm makes watching movies on the iPad a more immersive experience. The design of the case is solid and sleek, plus it comes with a neat stand that can display your iPad’s screen in three different orientations. It costs $199.99 which isn’t a bad deal when you consider a Jambox is about the same price but more of a pain to carry around in your bag. 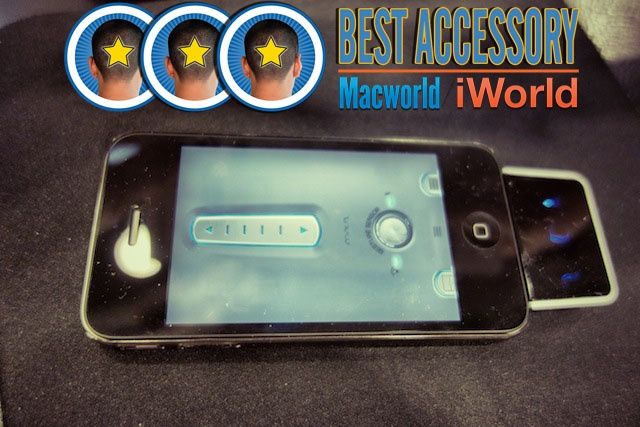 Mice are pretty boring, but Spicebox is putting a new spin on them with the Mauz. It’s a little dongle that connects to your iPhone and transforms it into a tiny smart mouse that you can use with your Mac. You can slide it around your desk to move the cursor on your screen. It has a virtual scrolling wheel and buttons and everything. We were surprised by how well it works.

Besides being a mouse, Mauz can do some other cool stuff too. You can use it as a remote to control your Mac with motion gestures and visual gestures, which make it great for office use when you have a presentation to give. The only problem with Mauz is that it’s a Kickstarter project that still needs $130,000 worth of funding before it becomes a reality. 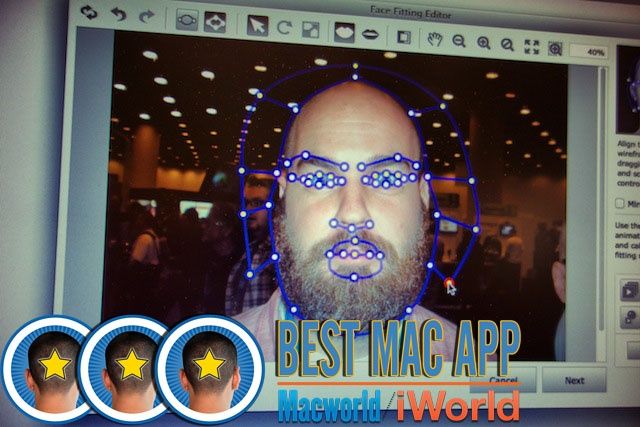 If you’ve ever watched some late night talk shows like The Daily Show or Jimmy Kimmel, you might have wondered how they do those silly videos where they animate some picture of a celebrity to make them say whatever they want. Surely they’re using some expensive software right? Wrong.

CrazyTalk 7 is a new app for OS X that only costs $29.99 but it’s used by John Stewart and Jimmy Kimmel’s video crews to produce short, funny, animated videos. You can take any picture and turn it into a talking head within minutes. Which I learned from experience is both creepy and really cool.

The app’s facial recognition software will set all the movement points for you on a picture but you can fine tune it. The app is incredibly easy to use and comes with an array of different talking heads and voices to choose from if you don’t want to use your own. An iPad and iPhone version is also in the works that should hit the App Store this summer. 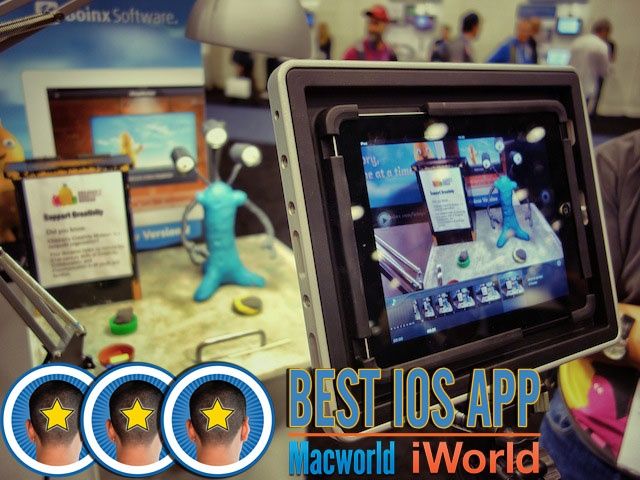 Most of the stop motion video apps we’ve seen on the App Store are pretty terrible and don’t include a lot of features. iStopMotion for iPad is the exception. It’s easy to use, but gives you enough features to make some great looking stop motion or claymation movies.

With the updated version of iStopMotion you can see a live camera overlay, get instant playback, view your timeline, and upload your movies to iCloud. The quality of movies that you can make with iStopMotion is truly incredible, and it only costs five bucks.