This post on World of Warcraft is brought to you by MmoGah.

Since its debut nearly two decades ago, World of Warcraft has claimed its place at the top of the gaming industry. This massively multiplayer online roleplaying game is probably the most successful video game ever created.

More than 100 million World of Warcraft accounts have been created since the game’s inception in 2004. Additionally, the game has grossed more than $9 billion, making it the highest-earning video game of all time. While its subscription numbers have fallen over the years, WoW offers plenty of lessons for developers and gamers.

One of the main reasons World of Warcraft remained popular all this time is because it equips players with skills and lessons that they can apply in real life. And it’s not only players who can learn from this game. Game developers, especially up-and-coming ones, can pick up a few notes on how to improve their creative output.

Let’s start with what game devs can learn from World of Warcraft.

END_OF_DOCUMENT_TOKEN_TO_BE_REPLACED

Activision Blizzard confirmed on Thursday that it plans to bring Warcraft to mobile devices this year. The game has been in “advanced development” since last summer, but this is the first time Blizzard has offered a release date.

It’s not yet clear what the Warcraft experience will look like on smartphones. Fans will no doubt be hoping to get a taste of the original MMORPG formula on-the-go, but some rumors have hinted that it could be very different.

END_OF_DOCUMENT_TOKEN_TO_BE_REPLACED

These days, Apple has one of the better cloud infrastructures in the world. Even so, the sheer demand for a new version of iOS or OS X on release day can bring Apple’s network to its knees. Apple’s servers simply can’t keep up with the demand.

But Microsoft might have found a better way. In the latest version of the Windows 10 operating system beta, there’s an option to download app and OS updates from multiple sources: not just Microsoft’s cloud servers, but all local network or PCs on the internet.

In other words? The future of updating operating systems might be a lot like updating World of Warcraft.

END_OF_DOCUMENT_TOKEN_TO_BE_REPLACED

Can you truly find yourself in a video game? Canadian filmmaker and professor Ramona Pringle thinks so. After her mother got sick and she broke up with her New York boyfriend, she spent a year playing World of Warcraft, a massively multiplayer online role-playing game.

During that time, she found many pearls of wisdom, which she’s condensed into 10 “avatar secrets,” which inform her app-based documentary film of the same name.

Video games are an unlikely place to find wisdom, yet, within them, we can find camaraderie, experience the sting of defeat, and help each other become our best selves. Rather than simple time-wasters, social video games like World of Warcraft and Second Life mirror the human condition.

While Pringle doesn’t log in to WoW much these days, the game had an undeniable impact. “This project very much changed my life, my career and my perspective,” she said during a telephone call with Cult of Mac.

Everyone’s rightfully celebrating the tenth anniversary of World of Warcraft at the moment, but WoW isn’t the only game blowing out the candles for a significant birthday this year. Turning back the hands of time (or, well, reverse-circling the D-pads of our mind), Cult of Mac pays homage to some of the other classic video games that changed everything.

What made the cut? Scroll through our gallery to find out.

The most recent game on our list, Batman Arkham Asylum seemed to come out of nowhere to become not only the best Batman game ever created (which, let’s be honest, wasn’t all that difficult) but also a veritable titan of the DC publishing empire.

Telling the Grant Morrison-inspired story of everyone’s favorite Dark Knight Detective being locked in Arkham by arch nemesis The Joker, the game not only gave us a stunningly beautiful open world environment for Batfans to explore, but also nailed the fight dynamics, detective work and stealth that makes Batman so compelling. Given everything it’s influenced in the years since, if anything it’s tough to accept this game is only five years old.

I shared my thoughts on GTA: San Andreas when it was miraculously ported over to iOS late last year. The pinnacle of PS2-era Grand Theft Auto games, San Andreas took everything that made Vice City such a joy to play, and ramped it up a notch. Giant map, four times the size of its predecessor? Check. 240 vehicles instead of Vice City’s 60? Check. Immersive storytelling? Check. Pitch-perfect satire? Check. Blistering soundtrack? Mic check one.

In short, the game is perfect -- although how old does it make you feel to consider that it’s now as old as the mid-90s culture it was lampooning at the time?

I don’t know if this makes me a traitor to everything Apple stands for, but for me Age of Empires II pretty much nullifies every dull, uninspired, monopolistic move Microsoft has ever made. Set in the Middle Ages and putting you in charge of your choice of 13 different civilizations, Age of Empires II is the strategy game that made me fall in love with strategy games.

Despite not being the first such title (hell, it wasn’t even the first in its series), this game influenced many, many other games in the same genre. Is there a more rewarding video game experience than demolishing a castle with a fireball-hurling trebuchet? I don’t know if my heart could take it if there is.

Arriving on games consoles in November 1994, Donkey Kong Country took the villain from an old Mario and turned him and his pint-sized nephew Diddy him into the stars of a whole new franchise. Donkey Kong Country was a relative latecomer to the platformer era of games, but it helped convince many people at the time of its release that there was still juice left in the SNES’s tank, after the arrival of the first generation PlayStation. Mission accomplished! Its stunningly modelled characters still stand up today, too. Which brings us to…

Coming out of an era of clunky 8-bit sprites, Prince of Persia practically looked like a classic Hollywood Errol Flynn movie unfolding in front of you. Using rotoscoped graphics (i.e. digitized scans of real life movement), the game has a realism to it that still stands up today. Boasting enhanced sound effects, the Macintosh version was the best incarnation available. Oh, and that sword fighting fight dynamics? Perfect.

If you were interested in high tech, 1984 was a helluva year to live through. Not only did you have the very first Macintosh in computer stores, The Terminator bursting into movie theaters, and William Gibson’s cyberpunk classic Neuromancer in book stores, there was also Elite.

Redefining the way that video games looked and played, Elite was an open world 3-D title that all but created the space trading game. It seemed an impossible achievement in its day, and its infinite universe spawning gameworld still impresses today, even in an age of Grand Theft Auto V.

Released 35 years ago this month, Asteroids is one classic game that everyone reading this has surely played at some time in their lives. Interestingly, while Asteroids’ simplistic graphics may appear today to be a triumph of substance over style, at the time the game’s high resolution vector graphics were considered an amazing achievement. Its superb gameplay and iconic sound effects remain legendary today.

Before he co-founded a little company by the name of Apple, Steve Wozniak worked at Atari, where he played one innovative single-player racing game for hours to get the inspiration for his own arcade title, Breakout. That game? Gran Trak 10.

Although it doesn’t look like much in a circa-2014 world populated by Need for Speed and Gran Turismo, Gran Tran 10 was a game changer at the time of its release. It also happened to be the first game to feature a steering wheel, four-position gear shifter, and accelerator and brake foot pedals in its coin-op iteration. A classic! 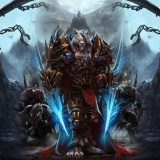 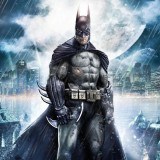 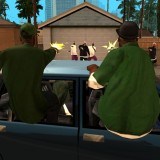 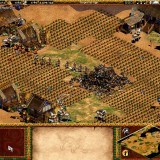 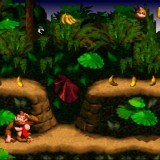 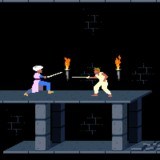 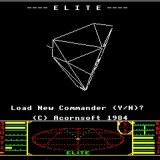 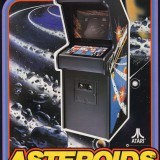 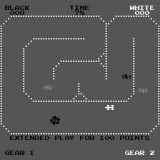 For the horde! This trailer for the upcoming expansion to massively multiplayer online game World of Warcraft is utterly fantastic.

Blizzard has a long history of creating amazing cinematic mini-movies for all its games and expansions, and this new one pretty much tops it all.

Even if you don’t know what the heck the orcs in the trailer are talking about, surely you can get behind how gorgeous it looks and how realistic these creatures seem. You’ll root for these monstrous humanoids in their bid for freedom, even if you’re not keen on them conquering the world in the process.

Check out the trailer below to see what we mean.

END_OF_DOCUMENT_TOKEN_TO_BE_REPLACED

Populous. The Sims. Minecraft. There’s something about simulation games that I’ve always enjoyed. There are other ones that I’m too fond of (honestly, I find World of Warcraft almost too time-consuming for it to be enjoyable), and others that I will spend hours playing knowing there is a definite end point. Examples of ones I really enjoy would be the Fable series and Star Wars simulation-style games mainly because depending on the choices I make – being good or evil – can really affect the outcome.

Sim City was another I played for hours growing up, and there were several others which caught my attention from time to time that followed a similar theme. The “Tycoon” series of games were personal favorites, and this Cult of Mac Deals offer features one of those games – Roller Coaster Tycoon 3 Platinum – for only $4.99!

END_OF_DOCUMENT_TOKEN_TO_BE_REPLACED

Blizzard, the company behind the hugely popular MMO World of Warcraft, has revealed that is constantly looking at ways in which it can bring its title to the iPhone, and admits that it would be “foolish” not to explore the possibility. It promises that as soon as it has perfected the mobile experience, we’ll know about it.

END_OF_DOCUMENT_TOKEN_TO_BE_REPLACED

OnLive made headlines earlier this week when the company announced a new iPad app at CES which brings Windows 7 to the iPad, allowing you to run Microsoft Office applications like Word, Excel, and PowerPoint.

Those of you who are interested in the app and you live in the U.S., you can grab it now, for free, from the App Store.

END_OF_DOCUMENT_TOKEN_TO_BE_REPLACED

At the top of our list of must-haves this week is Gameloft’s brand new World of Warcraft-like MMORPG called Order & Chaos Online. Set in a vast fantasy world with thousands of other players from around the world, this is the most promising real-time RPG to hit the App Store yet.

Also to feature is the third release of Zenonia – another RPG which promises to provide “greater enjoyment that the previous two Zenonia’s combined.” The Midgard Story has been revamped and upscaled for a truly epic gameplay experience.

Gears is a physics-based 3D ball roller that defines its genre with an immersive adventure across beautifully detailed worlds that feature dozens of unique and challenging levels.

Find out more about the games above and check out the rest of this week’s must-haves – including Unpleasant Horse and Snuggle Truck – after the break!