At the top of our list of must-haves this week is Gameloft’s brand new World of Warcraft-like MMORPG called Order & Chaos Online. Set in a vast fantasy world with thousands of other players from around the world, this is the most promising real-time RPG to hit the App Store yet.

Also to feature is the third release of Zenonia – another RPG which promises to provide “greater enjoyment that the previous two Zenonia’s combined.” The Midgard Story has been revamped and upscaled for a truly epic gameplay experience.

Gears is a physics-based 3D ball roller that defines its genre with an immersive adventure across beautifully detailed worlds that feature dozens of unique and challenging levels.

Find out more about the games above and check out the rest of this week’s must-haves – including Unpleasant Horse and Snuggle Truck – after the break!

Order & Chaos Online is Gameloft’s iOS answer to World of Warcraft – a true real-time, full 3D massively multiplayer online role playing game. It features a vast fantasy world for you to explore with thousands of other players from around the world. When you begin the game, you use the character creation system to create your hero from one of four races: elves, humans, orcs, and undead. You can customize things like gender, appearance, class and talent – with over 1000 skills and 2000 pieces of equipment to choose from. Once you’ve created your character, you can travel through dark forests, deserts, jungles, mountains and more – on foot or by magical means. Interact with other players to make friends or enemies, trade, challenge, communicate and more; with a wide range of different interactions, and over 500 quests to perform. As well as its $6.99 price tag, Order & Chaos requires a subscription to continue playing: you get three months free when you first login, and after that you’ll have to pay $0.99 per month, $1.99 for three months, or $2.99 for six months. 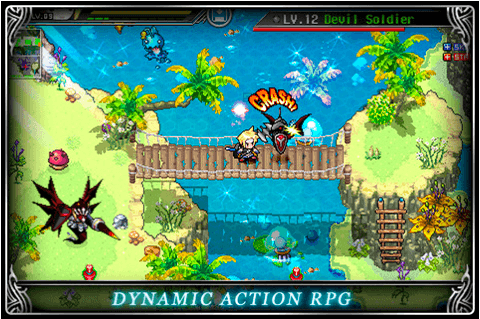 Zenonia 3: The Midgard Story is a dynamic action RPG that claims to be even better than its two predecessors combined – revamped and upscaled for a truly epic experience. Featuring a whopping 227 unique maps of Midgard with 136 quests of action-packed adventure. Choose from 4 distinctive classes, each with different attributes, and team up with friends for multiplayer co-operative play. Collect all 48 Game Centre achievements plus 47 in-game titles with special effects. Improved features include a whole new range of weapons, helmets, armors, gauntlets and footwear; three different difficulty modes; and a greater RPG experience in an immersive new tale from the world of Zenonia. 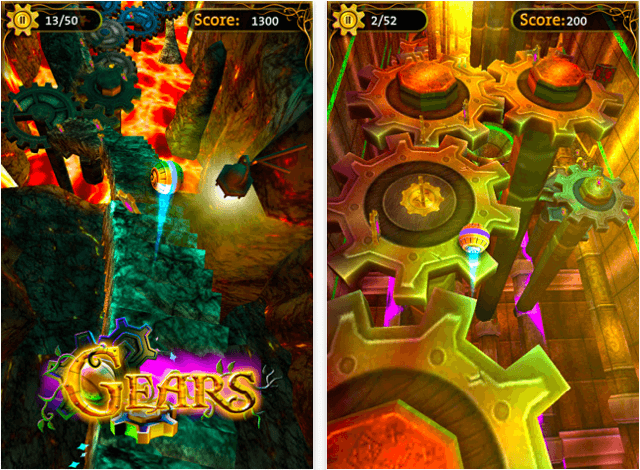 Gears is the ultimate physics-based ball roller with blow-away 3D graphics that offer a fanciful world of 27 beautiful levels in a wonderfully immersive adventure. Control your ball through each challenging level, picking up as many power-ups as possible along your way, by tilting your device and swiping with your fingers. Four difficulty settings make Gears an enjoyable experience for both professionals and those who are new to the genre. Featuring 3 unique worlds, 27 levels, Retina display graphics and visuals enhanced for the iPad 2, and Game Centre integration. 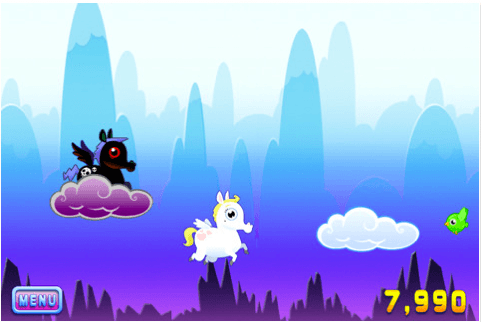 Unpleasant Horse is the first game from PopCap’s sister studio, 4th & Battery, and was previously rejected from the App Store by Apple thanks to its mature content. It finally got approved, however, and we’re glad that it did. As an Unpleasant Horse, your idea of a good time is bouncing through the clouds on to the backs of cute, loveable ponies who you send plummeting to a gruesome, bone-chewing demise into the carefully placed meat grinders down below. As long as you don’t miss a cloud or pony on your travels then you’ll be fine, but fail to hit your landing and you too will be destined for mince meat. 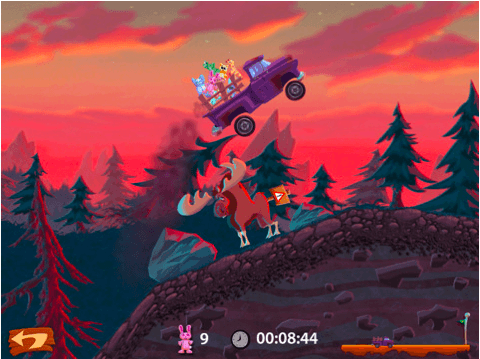 Once named Smuggle Truck and featuring a truck load of illegal immigrants, this game has been rebranded as Snuggle Truck and now features cuddly toys to guaranteed its approval into the App Store. It’s an over-the-top physics-based driving game in which you must save your cargo of fuzzy animals from extinction by delivering them to the zoo in record timing. Tilt to control your truck and catch the loveable little animals, drive over rocky terrain and back breaking roads, through hills, caverns, deserts, and forests and deliver your load to safety. Featuring 40 levels packed with challenging physics gameplay, gorgeous visual optimized for the Retina display, Game Centre integration, and a unique medal reward system with multiple gameplay styles.