Steven Levy‘s new book about Google In The Plex revealed a few juicy nuggets about the relationship between Apple and Google.

At first, Larry and Sergey wanted Steve Jobs as their CEO. Then the two companies had a long honeymoon, sharing board members and collaborating on groundbreaking software. But then it all soured when Google released Android, and Steve Jobs hid the iPad from Eric Schmidt, even though he was sitting on Apple’s board.

We had a chance to ask Levy for more detail and insight into the relationship between Apple and Google. Here is our exclusive Q&A: 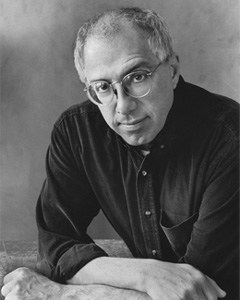 Any more detail about why Page and Brin wanted Jobs as CEO? Why was he the ONLY candidate?

He was the one they wanted — obviously their standards were high. I think there was a connection there because they developed a good relationship with Steve even after Eric Schmidt arrived at Google.

In the book, you mention collaborations between the two companies: Any more details about the Apple/Google products they dreamed up?

I think they were open to anything. Both companies were flying high. Of course, Apple is more deliberate in what it develops and launches.

Why did Jobs invite Schmidt to join Apple’s board, rather than Page or Brin?

Don’t know for sure, but it makes sense on a number of levels. Schmidt is more experienced. And neither Larry or Sergey is big on meetings.

Can you elaborate on the amazing fact that Jobs hid the iPad from Schmidt, even while he was on the board? Was it just a function of the extraordinary secrecy surrounding Jobs’ early prototypes, or did Jobs actively hide it from someone he considered a mole?

By the time the iPad was under development, Schmidt was already excusing himself from portions of board meetings because of Android. So one would assume it was because of this competitive angle that he didn’t know. Typically board members are included in the cone of silence.

You say Jobs considered himself a mentor to Page and Brin — Brin especially. Have they severed ties now?

There are still collaborations — Google Maps, for instance, is still an iPhone stalwart, and YouTube is on Apple TV. Despite Android, there are a number of areas where the companies can work together. Even though Jobs may feel that Google behaved poorly towards him and Apple, he is a pragmatist, and it’s conceivable that relations could thaw one day, despite the continuing phone competition.

I find it surprising that Google voluntarily showed Jobs Android in the summer of 2008. Any more insight into why they let the wolf through the door? And did Jobs threaten a lawsuit to get multitouch gestures removed?

My understanding is that relations between the companies had not deteriorated that much before then, and Schmidt was still on Apple’s board when that meeting occurred.

It would have been even worse for Google if it hadn’t shown Jobs the Android. As I wrote in the book, there were two versions of Android originally–one called Sooner and a more advanced one with multi-touch called The Dream.

Google ditched the Sooner after the iPhone debuted, and it seems that it was The Dream that upset Jobs, as it was too similar to the iPhone for his liking. He seems to have specifically objected to multitouch gestures like pinch and stretch, and it is interesting that Google did not implement those gestures in the original Android, even though Palm was using them. When Google finally did implement them, all it had to do was turn them on, as they were ready to go.

Steven Levy’s “In the Plex: How Google Thinks, Works and Shapes Our Lives” is available on Amazon.