This post was going to be part of my new book, Tim Cook: The Genius Who Took Apple to the Next Level, but was cut for length. Over the next week or so, we will be publishing several more sections that were cut, focusing mostly on Apple’s manufacturing operations.

Steve Jobs always had a deep fascination with automated factories. He was first exposed to them during a trip to Japan in 1983. At the time, Apple had just created a new floppy disk drive called Twiggy. During a visit to Apple’s factory in San Jose, however, Jobs became irate when he discovered the high failure rate of Twiggy drives Apple was producing. More than half of them were rejected. Jobs threatened to fire everyone who worked at the factory

Inspired by Alps and Ford

An alternative was to use a new 3.5-inch drive developed by Sony and manufactured by a small Japanese supplier called Alps Electronics. Forty years on, Alps remains a part of Apple’s supply chain. Jobs knew Yasuyuki Hirose, an engineer at Alps, who he had met at the West Coast Computer Faire, the early Silicon Valley personal computer expo where Apple debuted the Apple II.

In 1983, Jobs visited Alps’ factory in Japan. At the time, Japan was experiencing astounding economic growth, partly as a result of its factories, which churned out cars, microchips and Walkmans at astonishing speed.

According to Yasuyuki Hirose, a floppy disk drive engineer at Alps, “Steve was particularly interested in manufacturing processes. In 1983, he made a tour of automated factory in Furukawa and asked many questions.” (A few years later, when Jobs had opened an automated factory of his own, he invited Hirose to pay it a visit. “It was then that I realized what Steve had always wanted to do,” said Hirose.)

Jobs was impressed by Japan, a country he had a love affair with for his entire life. However, his drive to build automated factories may also partly have been inspired by one of Jobs’ American heroes: the car pioneer Henry Ford.

Ford’s cars changed the world not just through the technology they introduced, but also because they were inexpensive enough that they could be bought by the masses. In his drive to mass manufacture, Ford’s cars were assembled in vast factories, where assembly lines divided the manufacturing process into repeatable steps. As a result of his innovations, one of Henry Ford’s cars could be assembled in less than one hour. 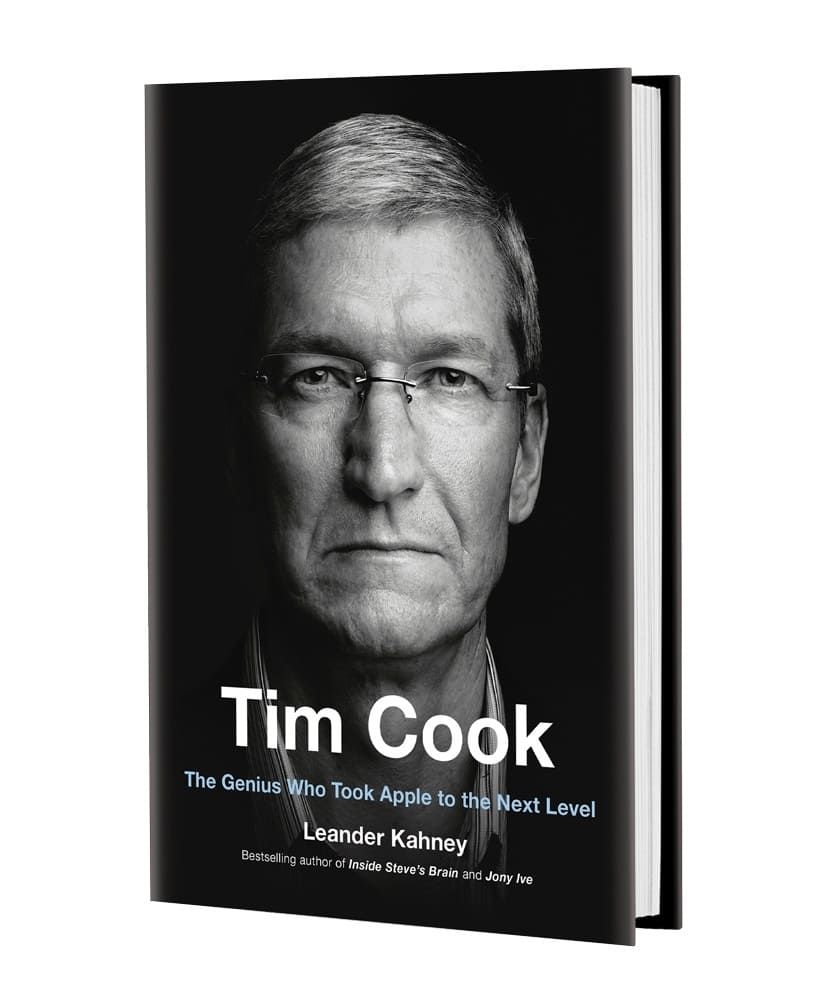 Leander Kahney’s new book about Apple’s CEO will be released on April 16, but you can preorder it from Amazon today. “If you’re interested in a great overview of Tim’s still-ongoing tenure at Apple, Leander Kahney’s latest book is exactly what you need … I highly recommend it.” — Paul Thurrott

It took just 26 minutes to build an entire Macintosh in the highly-automated manufacturing facility Apple opened in Fremont, California, in January 1984 — less than a year after Jobs’ trip to Japan.

Built over 120,000 square feet, the plant at 48233 Warm Springs Blvd cost $20 million, and was a showpiece of automated production, designed with the goal of producing up to one million units of the $2,495 Macintosh every single month.

“We have great respect for Japanese manufacturing,” said then-Apple president John Sculley. “We’ve decided to be a major player in manufacturing technology. In three years we want to be as good as the Japanese.”

When Apple had enough components in its inventory and manufacturing was in full swing, a new machine was rolling off the assembly line every twenty-seven seconds.

George Irwin, an engineer who helped plan the facility, which was compared to a giant Lego block factory due to having so many machines, each carrying out a different task, had the goal of reducing that to as little as thirteen seconds.

No other computer manufacturer was able to match this kind of output at the time. At Apple’s Dallas factory, an Apple IIe was produced every six minutes, and took significantly longer to assemble.

“Before Japan comes up to speed with computers, we want to stay ahead of the game,” Irwin told InfoWorld magazine in March 1984.

How the automation worked

Each Macintosh was assembled from eight major components that could be cobbled together quickly and simply. Machines would travel around the factory suspended from the ceiling on the rich red tracks of an overhead carrier, and workers had twenty-two seconds or less to complete their role before it moved onto the next.

Apple made sure that no worker had to reach further than thirty inches for the parts they needed, which were delivered to each station on a three-foot-high automated guidance vehicle.

Five of these machines, each costing $30,000, roamed the factory floor. Their tasks were assigned by a Polaroid eye that scanned the storeroom and issued a command when it identified a component tray that needed to be transfered.

The trays themselves were filled from fifty-pound totes, at least four-thousand of which were stacked eighteen levels high at any one time.

The tote stacker, another automated delivery service, worked its way around the factory on a track, placing the totes in the right position.

Auto-insertion machines were used to mount circuits and modules on the logic boards, while around one-hundred and twenty Apple computers, mostly the Apple II and Apple III, where employed as terminals for processing accounting and inventory data.

Jobs asked that the machines be painted in bright, colorful hues, matching those of the striped Apple logo used at the time. But after spending so much time going over paint chips, then-Apple manufacturing director Matt Carter finally had them installed in the usual beige.

Jobs noticed this during one tour of the factory, writes his biographer, Walter Isaacson, and demanded that they be repainted in the colors he requested. Carter objected and explained that the paint could cause problems for precision machines, and this was proved correct when one of Apple’s most expensive machines, painted bright blue and later dubbed “Steve’s folly,” stopped working properly.

Carter quit as a result of the disagreement; “it took so much energy to fight him, and it was usually over something so pointless that I finally had enough,” he told Isaacson.

Carter was replaced by Debi Coleman, the Macintosh financial officer who had previously won the team’s annual award for the person who best stood up to Jobs, and soon enough, she, too, found herself involved in a disagreement over factory paint.

Jobs had asked Apple art director Clement Mok to relay his wishes that the factory walls be painted white.

“You can’t paint a factory pure white,” Coleman argued, “there’s going to be dust and stuff all over.”

“There’s no white that’s too white for Steve,” Mok replied.

Cleanliness is next to Jobsiness

Few company chairmen would obsess over the color of a factory and its machines like Jobs did with the Macintosh facility.

He also wanted it to be clean, and insisted this was a way to ensure, “a passion for perfection,” Isaacson writes. “I’d go out to the factory, and I’d put on a white glove to check for dust,” Jobs recalled. “I’d find it everywhere — on machines, on the top of the racks, on the floor.”

Jobs asked Coleman to get the factory cleaned up. “I told her I thought we should be able to eat off the floor of the factory,” Jobs continued. “She didn’t understand why.”

Automation in the purest sense

Very few of the tasks required human hands. The machines carried out more than 90 percent of the assembly process, with the workers intervening to fix any defects, such as replacing faulty components, or to carry out the jobs that required a human touch, like polishing the Apple logos affixed to each casing.

A stringent testing process known as the “burn-in cycle,” which consisted of turning each machine on and off every hour over twenty-four hours, was carried out to ensure each chip was working correctly.

“Other companies turn the computer on and just let their computer sit there,” Sam Khoo, a production manager at the Apple plant, explained to InfoWorld. “We cause more stress to the components by turning it off and on. This way the defective components will appear right away.”

The Fremont facility was “automation in the purest sense,” Irwin said. Fewer than ninety workers were required for each shift, and they were separated by mammoth machines and vast chasms of space that meant there was very little teamwork.

In an effort to prevent their jobs from becoming mundane and unbearable, which would undoubtedly lead to the high turnover of staff other factories suffered, Apple encouraged workers to rotate into other assembly and testing positions every six weeks. This helped maintain positive morale, and gave workers the opportunity to learn new positions and acquire new skills.

The Macintosh factory offered a glimpse at a future of computer production in which manufacturers could cut labor costs yet rapidly produce machines in numbers that were unimaginable just a few years earlier. But large-scale production of Apple computers and the Fremont facility wouldn’t last long.

Coming next: Steve Jobs makes the same mistakes at NeXT.

Luke Dormehl and Killian Bell contributed to this post.

Leander Kahney’s new book about Apple’s CEO will be released on April 16, but you can preorder it from Amazon today. “If you’re interested in a great overview of Tim’s still-ongoing tenure at Apple, Leander Kahney’s latest book is exactly what you need … I highly recommend it.” — Paul Thurrott
Number of comments on this postLeave a comment